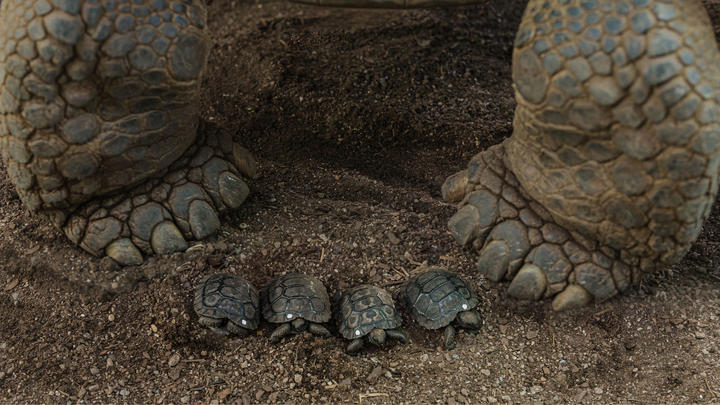 The ectotherm team have been looking after the newborns since they hatched two months ago to parents Chippie and Smiley.

They've been keeping the births under wraps until they felt confident that the little tortoises were strong and healthy.

Galapagos tortoises are endangered and very difficult to rear but each tortoise can live for about 175 to 300 years. 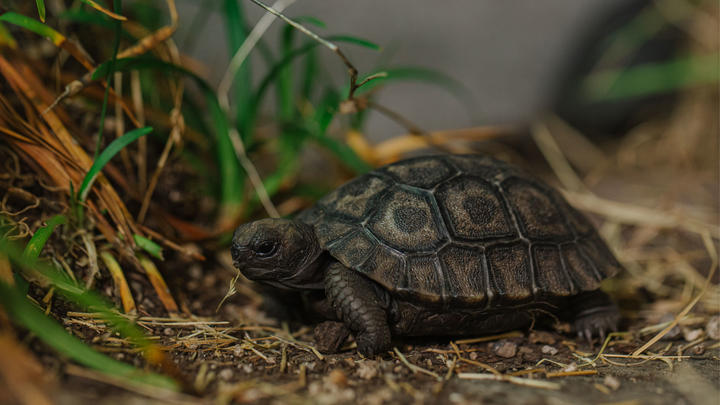 He told First Up the four babies were "incredibly vigorous, eating well, pooing - which is a great sign our keepers look for in a healthy animal". 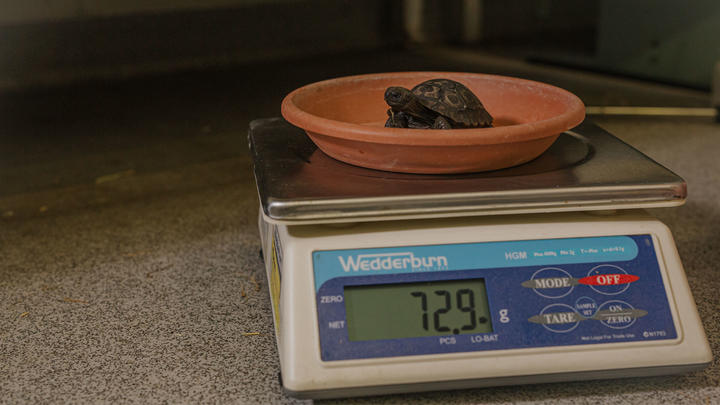 MacFarlane said it was a challenge for them to breed in captivity.

"We're at the beginning of a challenging journey, but it is significant that we've got to this stage because we tried so hard for many years to refine their husbandry to such an extent that we're at this stage.

"It is just a huge reward to open the incubator where they've been for 110 days - to see their little heads poking out their eggshells."

They will be on exhibit in a couple of months. 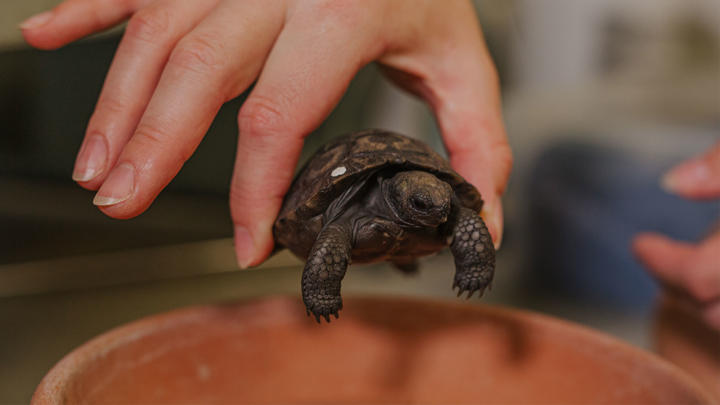 The four are believed to be the most to hatch from a single clutch in the Southern Hemisphere.

"A clutch that these four hatched from included 13 eggs. We regularly excavate eggs from our nest boxes in our Galapagos enclosure and go through the throes of excavating almost like an archaeological dig - they are very carefully removed from the ground and placed exactly in the same orientation that we found them in the ground ... into an incubator at 30C degrees."

He said there were still eggs in the incubator that could hatch.