Bittersweet ending to cake store's legacy of half a century

When Eileen Faulkner started baking cakes in her 20s, little did she think she'd still be going almost six decades on. 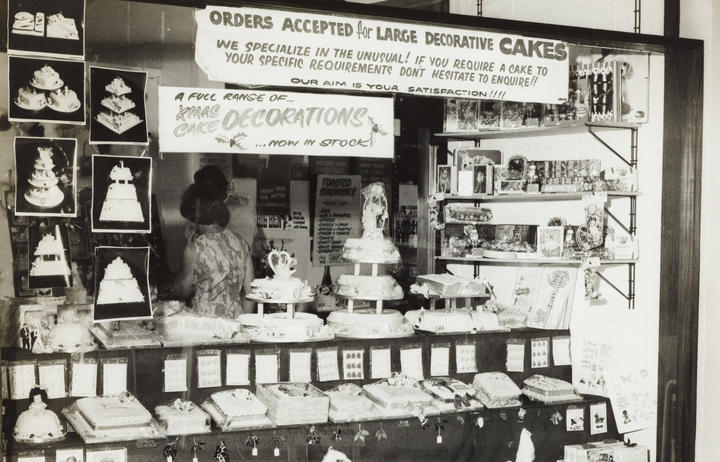 Eileen Faulkner's cake store opened up in the Auckland suburb of Ōtāhuhu in 1965. Photo: Supplied

Eileen and her late husband Bob opened Decor Cakes in the Auckland suburb of Ōtāhuhu in 1965.

Now, aged 84, Eileen has decided to hang up her apron.

"It started as a cake shop selling ice cream and milkshakes and sandwiches and stuff like that and it wasn't making a lot of money and I was working from home. And I made cakes for a shop in Panmure and a shop in Queen Street and I did it from home for two or three years. A friend of mine told me a shop was open and so that's when we started that.

"I sat there one day, and I decided that the money I made from cakes was enough to make a business on its own, and it's gone on from there."

"It's been really good!"

Eileen has decorated some huge cakes in her time, some with up to 20 tiers.

She has also made cakes for well-known corporate businesses, including Air New Zealand and Resene, but she doesn't give herself much credit, instead she pays compliments to the many staff she has worked alongside over the years.

"I was never an artist but the staff I employed, they were the artists. I've had the same staff, well some of them have been working for me for 30 odd years." 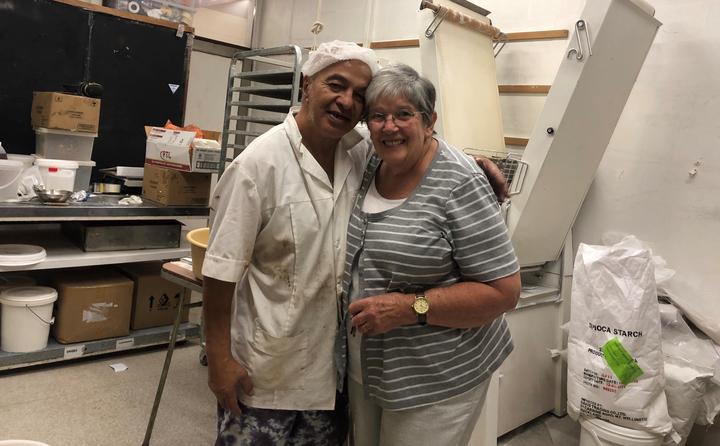 Eileen Faulkner says the staff are tight-knit, with some having been there for about 40 years. Photo: RNZ / Ella Stewart

She says they are very close, much like a family.

"One of the girls we took on, she left school at 17 and she turned out one of the best, because she's really dedicated to her work and she's really clever and she's been the longest there and I think she must've been there nearly 40 years.

"We've got a girl who's been with me for nearly 40 years, Trish, she does all buttercream work, she's really clever and she's an artist.

"They've all surpassed me, over the years other people have brought their own skills with them, and I'm more or less a bit redundant now."

"I originally started teaching at Aorere College that was 50 odd years ago. A lot of those people used to come and buy things from the shop so that's how it expanded." 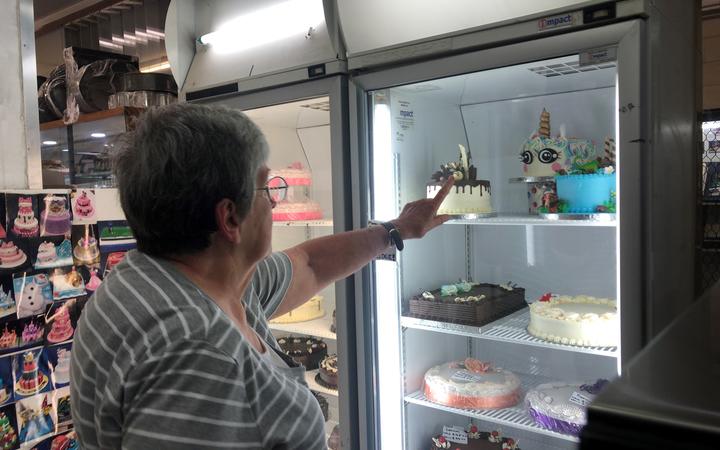 Having been in business for more than 50 years, Eileen Faulkner has even made cakes for the grandchildren of her original customers. Photo: RNZ / Ella Stewart

While Eileen lives less than 500m from the shop and has a short commute, she has worked hard, waking up at 3am and working 13-hour days until 5pm in the evening.

Eileen says cake decorating has changed significantly over the 50 years she has been in business.

"It's now more chocolate cake and banana cake and all that sort of thing. Cakes have seemed to have gotten taller and when they get too tall they have to have fruit cake at the bottom to take all the weight."

They also can print photographs onto cakes using what is very similar to an inkjet printer and but it is completely edible.

In November last year, the family made the tough decision to sell Decor Cakes. But while Eileen is officially retired, she still cannot stay away. 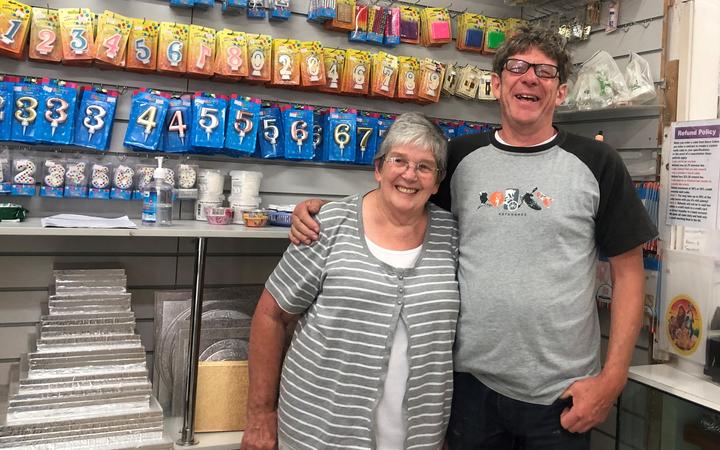 Eileen Faulkner with her son (pictured). In November last year, the family made the decision to sell Decor Cakes. Photo: RNZ / Ella Stewart

She still helps out a bit, making edible roses out of fondant for wedding cakes.

"I think I'm being fairly sensible about it, I do about an hour-and-a-half gardening, and I read books and I watch TV and I make a few flowers." 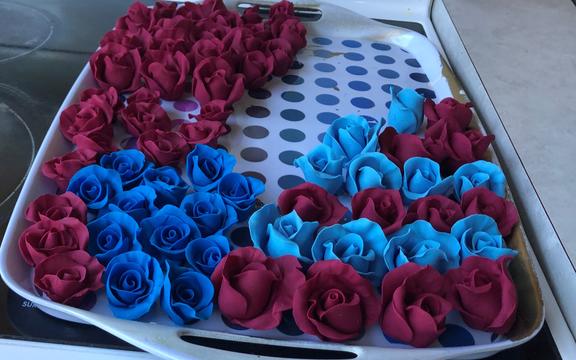 Because Eileen has been in business for over 50 years, she has now decorated and made cakes for the grandchildren of her original customers.

She has been able to watch people grow up as they come and buy cakes.

Asked whether she likes the taste of buttercream or fondant more, she smiles and says: "Oh buttercream, every time." 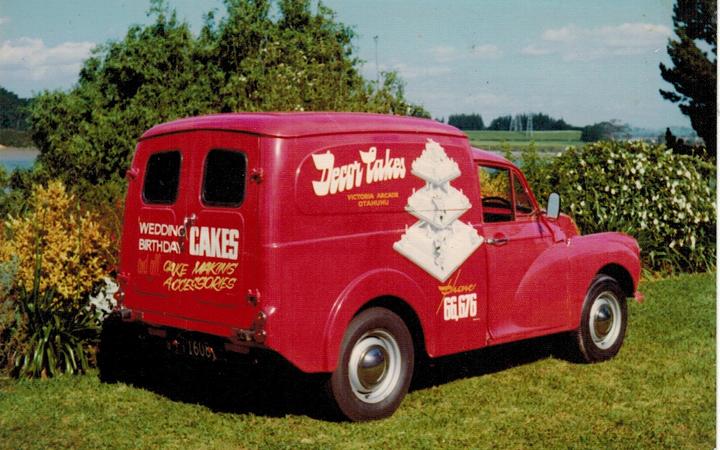