The Leonid meteor shower will be in full effect over New Zealand skies for the next few mornings. 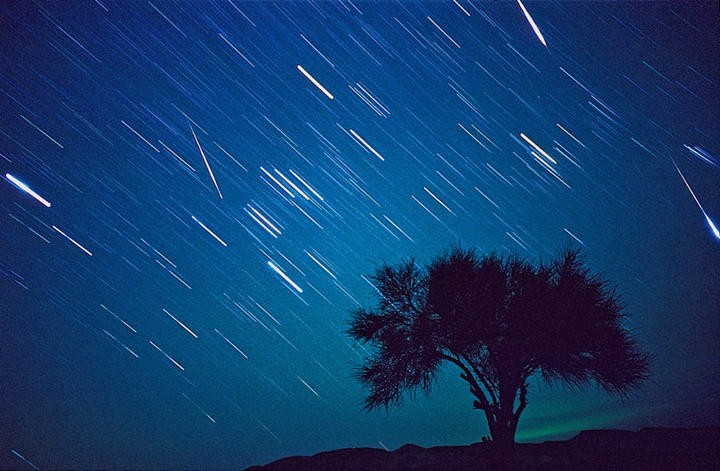 The meteor shower appears from 14 to 21 November, but it is only visible in New Zealand from around 4am and is best viewed on a cloudless night when the moon is not too bright.

Dunedin observatory astronomer Ian Griffin said meteor showers happen because as the Earth goes around the Sun and over the course of the year it crosses the path of comets.

The comets drop off material as they go around the sun, he said.

"So basically we're crossing the path of a comet called Tempel-Tuttle and bits of that comet burn up high in our Earth's atmosphere and that's what we see as shooting stars or meteors, and they come from a particular part of the sky, in this case the constellation of Leo the lion, and that's why they're called the Leonid meteors."

In New Zealand, Leo rises just after 4am and the meteors can appear in any part of the sky.

"The streaks of light that you see are caused by tiny tiny pieces of dust, almost the size of a pea sometimes, and as they move really quickly high in the sky, they burn up and that's when you see it."

Griffin said what you are seeing are the embers of a comet burning up.

It is also worth looking out for the planets Jupiter and Saturn in the early evening over the next month, he said.

Griffin said by about the third week of December the two planets will be so close that it will be hard to detect them individually.