A historic collection of classic World War Two aircraft - all in original condition - has been gifted to the Omaka Aviation Heritage Center near Blenheim.

The collection, gifted by the family of deceased collector John Smith who died in August 2019, includes a Kittyhawk, a Tiger Moth and an incredibly rare complete Mosquito. 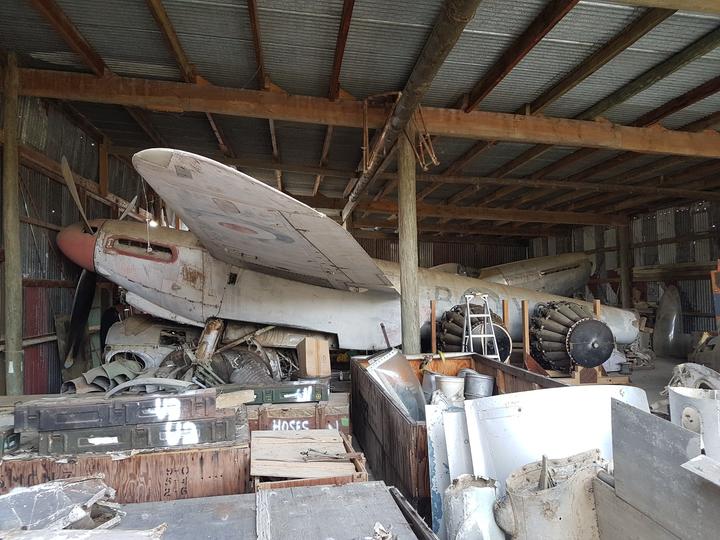 "John Smith was someone who just loved old aircraft," says Omaka Aviation Center CEO Jane Orphan, "He kept to himself, was very much a recluse...and that's the thing with collectors, thank goodness they exist because it's the only way we get to have a lot of these major treasures retained."

Starting from the 1950's, Smith, a former pilot, began collecting and salvaging a number of aircraft that were destined to be broken down up for scrap.

He traveled to places like Rukuhia airfield in the North Island where various old planes including P-40's were being melted down.

"He could see that these were wonderful iconic aircraft from the second world war and he wanted to preserve them," said Orphan.

Rukuhia is where his P-40 Kittyhawk called 'Gloria Lyons', said to be the most famous Kittyhawk in New Zealand, was saved.

"Gloria Lyons in particular is being conserved so it's not going to be painted over and changed. All of the missing bits and everything are all being put back together," said Orphan.

"The guys are working on that now, trying to find everything. They've put the wings back on - the tail feathers and are trying to make it look just as it did, retaining all those markings it had at the time of the war." 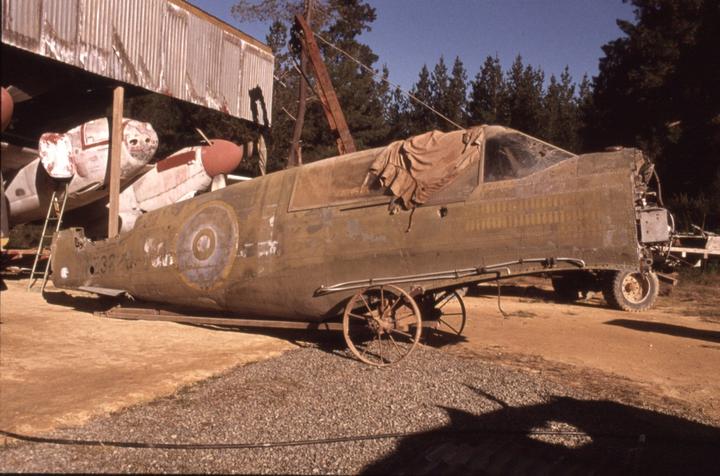 The collection also comes with a rare complete Mosquito aircraft.

"That is the centerpiece of John's collection," said Orphan.

"He and his brother brought it over from Woodburn here in Blenheim where it was going to be scrapped. It was in various pieces which they transported across the back of his little car and trailer he had. He'd come back over the hills with all the parts and in to Nelson and on to Mapua. They made a number of trips just to do that."

"When we bring it over here we've got to go through quite a process of disassembling the shed first, which was built around his collection, and then pull the various aircraft apart very very carefully," explained Orphan.

"John, to his credit, he looked after these aircraft. He didn't change them markedly. So they're just as original as they were when he put them in that shed and that's an incredible thing to find all these aircraft many many years later."

The P-40 Kittyhawk is already at the Omaka airfield being worked on, Smith's very own personal de Havilland Tigermoth plane is also in the Omaka Aviation Heritage center's possession and they expect to be receiving the Mosquito around September."

Over the decades word of the Kiwi recluse, who died at 85-years-old, and his rare warbird collection reached around the world.

Collectors traveled from across the globe to try to purchase his airplanes but left empty handed.

"John's shed was the aviation equivalent of Aladdin's Cave: fuselages lined up parallel to one another like sardines, symmetrically arranged either side of a fully assembled Mosquito," said OAHC board member Graham Orphan.

"Many of us have seen restored combat aircraft from WW2, albeit in small numbers, however these aircraft were the 'real deal', carrying the original paint they wore when parked under the palm trees on some Pacific atoll, being rearmed before going back to battle."