A family of Asylum Seekers say they're struggling to survive in New Zealand and they're pleading with the government to give them the same support as other refugees.

Their calls are backed by the Asylum Seekers Support Trust who say while refugees who arrive here under the UN Quota receive a significant amount of assistance, asylum seekers are treated differently with little to no support.

The Covid-19 crisis has added to their struggles and have left them at the tail end of those most vulnerable. Their visa applications have stalled and many asylum seekers have been left without an income for months. 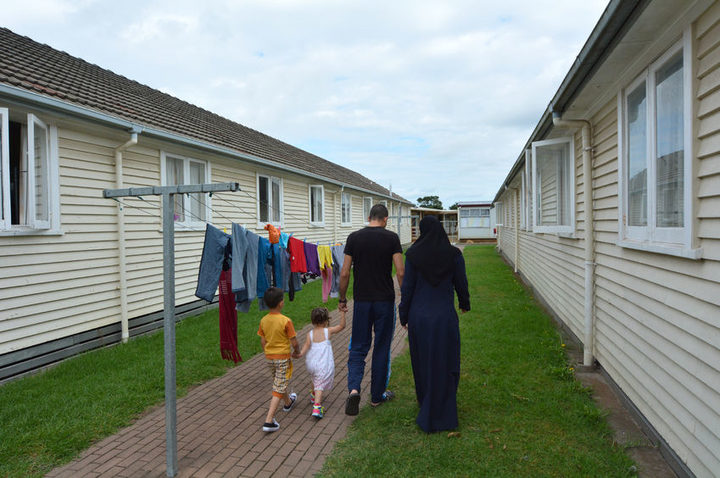 *Atif and his wife *Farhana arrived in New Zealand with their 3 children in December 2018 claiming asylum.

They are political refugees who fled their home country after Atif was beaten and imprisoned by the ruling regime.

"I have the fear of [them] persecuting me. I was afraid for me and my family so I decided to leave," said Atif.

"For me it was the worst period of my life. Being so far from my brothers, my sisters, my nephews, my beloved friends. Everything....I miss everything. My memories, my family there, every part of my country is related to a memory of all my life. I lost my house I got married in and I have my children born in it."

The journey to get to New Zealand is painful to recall but Atif said there is no going back.

He and his wife were so afraid to share their story, First Up agreed not to reveal their names or country of origin and to alter their voices in their interview.

Atif and his wife would not allow even an inch of their furniture in view of the camera during the interview, afraid that any little detail might give away their identity.

Here, where their claims for asylum have been accepted and they're safe, they still live in fear that members of the regime back home could track them down.

"It was very difficult because we are afraid maybe police will come and damage [break down] the door," said Farhana, describing her last memories in her home country.

"What can I do? I am alone with 3 children. It was very difficult. We can't believe now we are in safe country."

Now, New Zealand is home. But life is a struggle. Atif is optimistic and hopeful of building a new life here but their current reality is grim.

The only financial assistance they've been able to recieve is an emergency benefit and temporary additional support from Work and Income - but they have to reapply for the extra additional support every 13 weeks to prove they still need it.

When they shared their story that additional payment had lapsed and the family was living on just over $600 a week.

Their rent payment alone in Auckland is almost $700 a week so they've had to rely on food parcels and friends, who have lent them money, to survive. 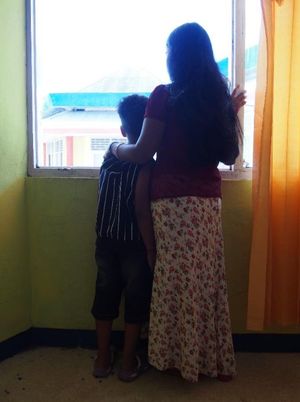 Atif said they sold everything - including their home - to fund their escape. It was a journey that took 3 years.

All the money they had left when they got here, dried up within their first year while they were trying to find work.

Both Atif and Farhana are highly skilled - he speaks multiple languages and has taught at Universities overseas.

Farhana is a qualified engineer, but they've struggled to find employment. He said finding a house with no permanent visa, no job and no rental references has been almost impossible.

"The majority of landlords refuse to give us a property in rent," said Atif.

Their experience is significantly different to that of refugees who come here under the UN Refugee Quota.

All quota refugees currently spend their first six weeks in New Zealand at the government's Refugee Resettlement Centre in Auckland, where they participate in a comprehensive programme that helps prepare them to live and work in the community.

That programme provides support from healthcare to orientation to New Zealand life. It includes counselling and English language lessons and also prepares working-age adults for employment and schooling for their children. 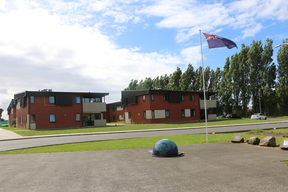 UN Quota refugees are given assistance with housing and are connected to support services in their local community.

They receive Permanent Residency even before arriving in New Zealand, they get a year's worth of volunteer support and a resettlement grant.

Asylum Seekers - even after being accepted here - receive none of that support.

Tim Maurice, Chief Executive of the Asylum Seekers Support Trust, says he struggles to understand why they're left with little to no support.

"Convention Refugees, which are successful Asylum Seekers, get a letter saying congratulations and that's it," said Maurice.

"They have to apply for residency, which can take up to two years. Without residency you don't qualify for Family Tax credits so one of the families we support, they're $386 a week worse off than a similar family on the same benefit. That's a lot of money to make up. They're left with something like $180 to feed 6 people, pay their power, run a car if they can get their kids to school.

"What ends up happening is that because they can't afford to run a car they end up shopping locally at the dairies which means their food is more expensive than if they were able to access the cheaper supermarkets. So it can be really tough," said Maurice.

"Why would we accept them and here and tell them "You're safe here." and then just leave them with no support?" he said. 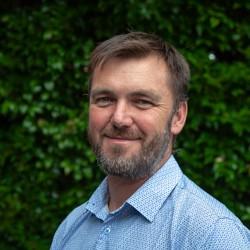 Around 250 asylum seekers had their claims accepted in New Zealand within the last year and while they were immediately entitled to a working visa, it could sometimes take months for Immigration New Zealand to issue the visas. This meant they could not work or apply for a benefit in the meantime and were forced to rely on any charity they could get.

"Convention Refugees aren't well supported in New Zealand and we just think that a little bit of extra support a little bit of government spending will allow them to quickly integrate into our communities, to be able to learn English quicker, to be able to get some education, to get a job and start contributing which is what they've come here for.

"They've come here for a better life. Just like our ancestors all did," said Maurice.

Atif said he was surprised to learn about the differences of support between UN Quota refugees and Conventional Refugees like himself and he's pleading for equal treatment.

"It's a big difference of treatment either financially or work, everything and housing," he said.

"I hope the government consider our situation as convention refugees to be treated equal with other refugees under the UN Quota. Except this issue, I find this country is wonderful and I hope our future in it will be better."

Maurice acknowledged that the Covid-19 economic crisis had impacted many in New Zealand but he believes the government could do more to support migrants, including asylum seekers who are at the tail end of the most vulnerable.

"We as a country are welcoming. We're willing to provide somewhere safe for people who need it, are facing real persecution, danger, war in their countries," said Maurice.

"You look at the situation in Syria where if you don't fight for the government they will lock you in prison and torture you. This is the type of thing they're escaping and we've got a really good process in place for determining asylum seekers claims. Only 50 percent get accepted. So we know that the refugees that are being accepted are genuine refugees.

"Let's start treating them just how you would want to be treated if you were in that same situation."