A family of three Kiwi Opera stars who all made international debuts in France two weeks ago on some of the world's most prestigious stages say they're still in bright spirits despite now being in lockdown and having their shows cancelled. 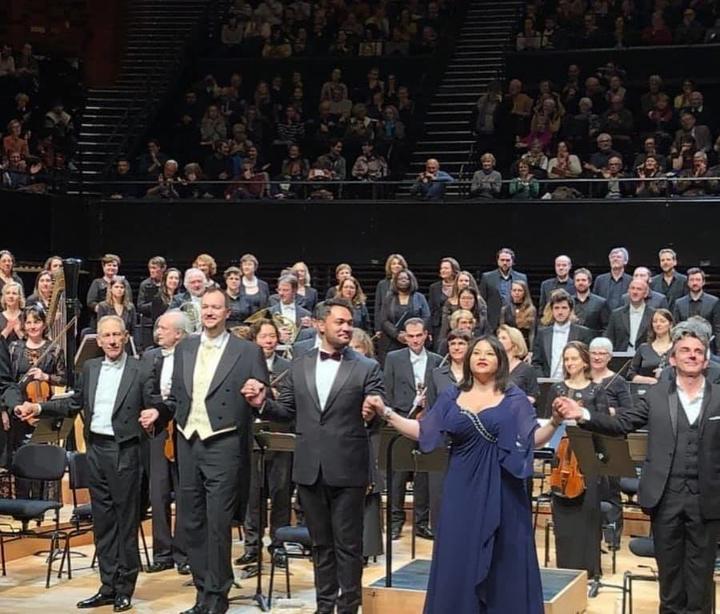 The family debut was an extremely rare occurrence in the world of Opera but the news was drowned out at the time by the Coronavirus outbreak before Europe grinded to a halt.

This time two weeks ago, Egyptian-born New Zealander Amina Edris was performing to thousands in her title role Manon at the Bastille Opera house in Paris.

While her Samoan husband Pene and his brother Amitai, who make up two-thirds of the highly acclaimed opera trio Sol3 Mio, were performing lead roles at the Opéra National de Bordeaux and the Philharmonie De Paris.

Pene and Amina spoke to First Up while on day 5 of being locked down in their Paris home and said they were filling their time learning repertoire and staying positive.

"We're just 5 minutes away from the Opera house that I would have been still performing at," said Amina 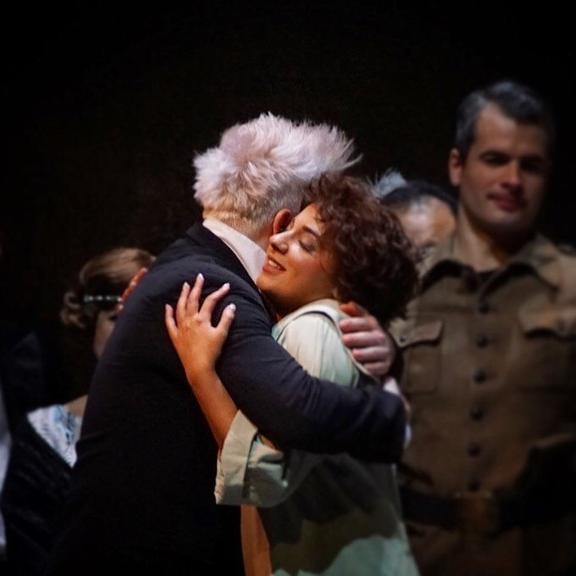 Amina Edris in her French debut perfoming the title role Manon at the Bastille Opera house in Paris. Photo: supplied

"No, it's actually gone better than I expected. It's a good thing being a musician, you actually have time now to learn the next thing because you're always constantly on the move and you're always wondering "Oh damn, I've got to put in some hours learning the next repertoire" and now I find myself saying, "Oh my god I'm going to learn all the repertoire for the next two years!""

Earlier this week France joined other EU countries in introducing emergency restrictions to stop the spread of coronavirus. On Wednesday the number of Coronavirus-related deaths peaked to 264 and cases of infections reached 9,134.

Around 100,000 police and gendarmes have been deployed across the country to enforce the new measures with people only allowed to leave home for officially sanctioned reasons such as going to work, shopping for necessities or getting medical treatment.

It's a drastic turn around from what life was like just two weeks ago when Amitai made his French and European Debut singing the lead tenor role in Pearl Fisher as Nadir with the Paris Philharmonic - Philharmonie De Paris.

"I had already sung in France when I made my European Debut two years ago, but I made my French role Debut as Romeo in Romeo Et Juliette at Opera Bordeaux," said Pene. 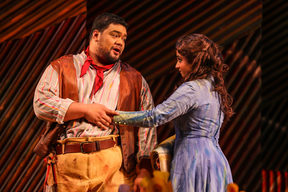 "And Amina was singing the title role Manon with Opera Paris at the Bastille which is the most prestigous place here in France," he said.

"It all happened at the same time and I thought about it for awhile and I thought, this rarely rarely happens - to have 3 people from the same family making really big debuts here in France."

While the lockdown meant they had more time to focus on individual repertoires they said they still enjoy the opportunity to sing with each other at home.

"I'll just pick a note out of thin air..." joked Amina when Pene asked her to choose a key so they could sing a duet down the phone together during their interview.

Amitai managed to fly home on Wednesday and is now in New Zealand self-isolating.

Despite being on lockdown and far from family, Amina and Pene say they're proud of their family's debut achievements which happened just before Europe went into lockdown over COVID-19.

Pene is hopeful their achievements will help bring light and inspiration to others, even as countries are closing their borders and the world faces a deadly pandemic.

"News like this should be at home, but sadly, the arts is more often overlooked," he stated on social media.

"This type of thing, 3 family members, in a field that is not dominant in New Zealand, hitting high bench levels, should be at least mentioned so that the future generations in the arts can be inspired to what's possible if you work hard." 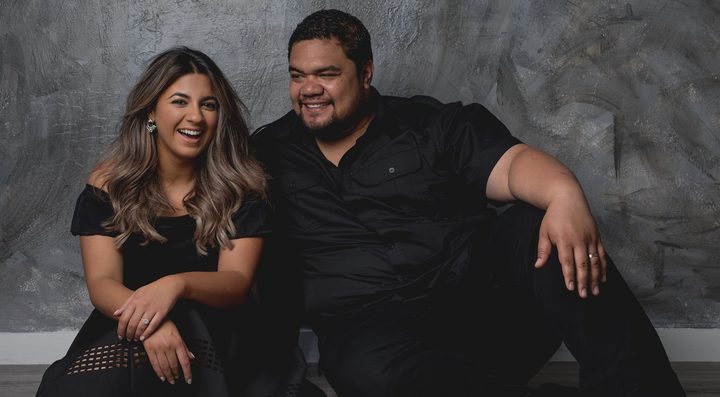