A New Zealander stuck at London's Heathrow airport amid the virus crisis, says bewildered passengers have been crying, getting angry and pushing their way into queues.

Haydn Read of Whakatane was in a queue with "a very long line" of other New Zealanders who were all blocked from boarding an Air New Zealand flight home.

Dr Read and his partner had cut short a six-week stay due to Covid-19 in order to get home. 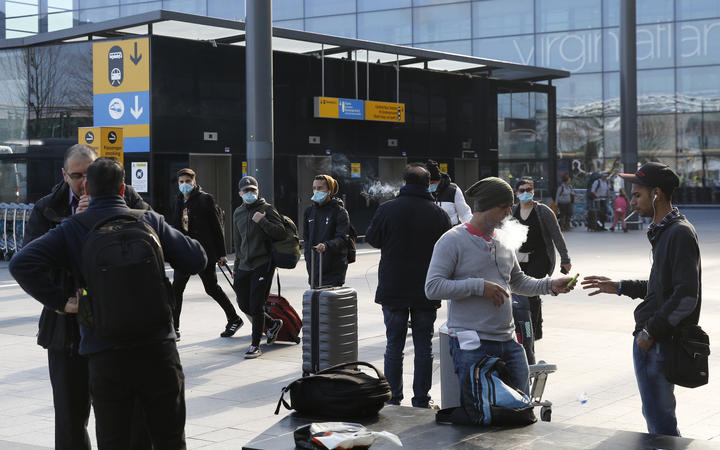 “We first became aware just a couple of days ago when Air New Zealand announced they were going to be pulling all services from London this coming Saturday, and when we arrived at the airport we found out that only people who had American visas or Green Cards, if you were going through Los Angeles, would be able to get on the plane.”

He says people without this documentation were stopped at the gate, even those with transit visas.

There was a long line of New Zealanders unable to board, he says.

“People were crying, some people were quite nasty about it, they were trying to push into lines trying to book on other airlines and things like that.

“It’s a moving sea of anxiousness, a little bit of hostility, frustration and bewilderment. There’s a mad rush to try and figure out how on earth you were going to get home because Air New Zealand’s hands were completely tied.”

Some airlines don’t fly through the US on route to New Zealand, and he was able to get tickets home on an Emirates flight home, he says.

But he was lucky to get those tickets.

“In the first two or three days they were almost immediately sold out.”

He and his family were among the last to get tickets on that plane, he says.

“There must be hundreds, if not thousands, of people trying to get back to New Zealand. Most of us who are over here have the financial capability to fly home under our own steam, it’s just there’s no planes.

“I think the government’s got some responsibility here for finding ways to get folk back home. We all hear over here that Air New Zealand are going to lay off 3000 staff and cut the fleet, but you’ve got a lot of people who want to get home and they’re not providing planes to do that.”