An 11-year-old sushi fan who was fed up with the plastic packaging it came in has returned to his favourite store to find they've made a change. 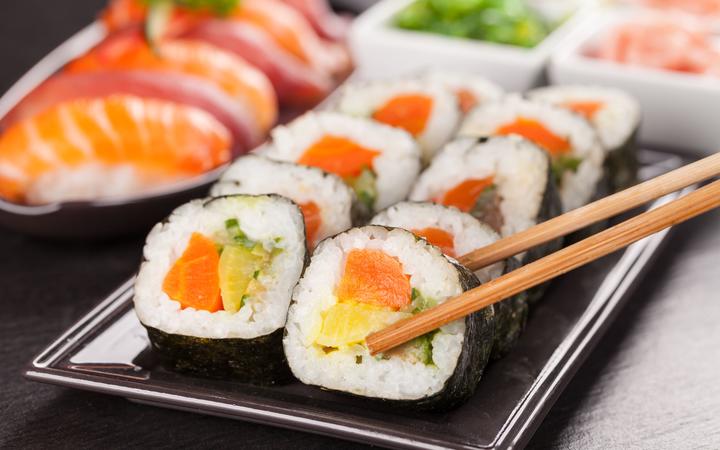 And after a self-imposed six-month sushi ban, he's now eating it again - because the packaging has changed.

He told First Up the sushi store gave their packaging a compostable bottom and a recyclable top.

"It's nice to know that all of the single use plastics that they were pouring into the environment before is no longer existing," Dominic said.

Going without sushi was hard though.

"I did it for about six months. So it was it quite nice to be able to eat some sushi again after six months."

"Yeah, it would be nice. It would be very good if they could. And it's also shown that people don't really mind paying 10c extra for their packaging to be eco-friendly."

He also hopes supermarkets will make changes too - he says it's hard to make a trip to one without buying things packaged in plastic.

The research, carried out by the Waste Management Institute, also found that almost 40 percent of plastic bottles and containers that could be recycled actually ended up in landfills.