Next Tuesday marks three years since Tevita Lokotui lost his leg in a fatal bus crash that killed three people and injured dozens of others. 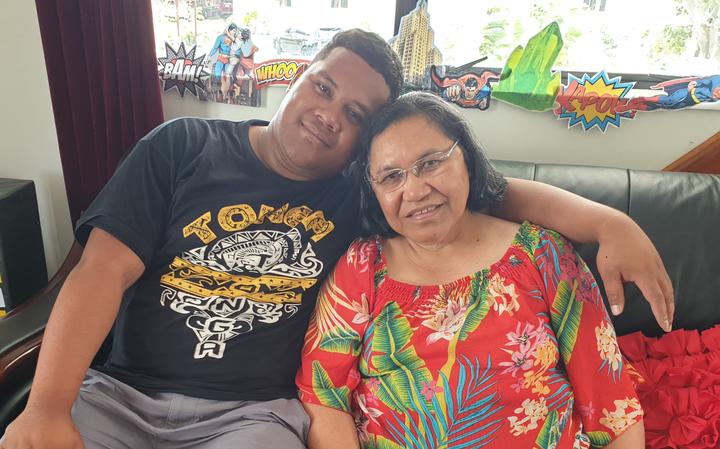 Vita, as he is known to many, has come a long way since the crash which took the lives of his fellow band mate and two other people. The 21-year-old was one of 53 members of a Tongan brass band on the Ritchies bus that crashed down a bank near Gisborne on Christmas Eve 2016.

The crash cost Tevita his mobility and dream of playing rugby, but three years on the young man has turned his life around.

He's 21 years old now. It's almost hard to tell Tevita's wearing a prosthetic leg. It is brown - not a perfect match to his skin shade, it has two parts with a joint in the middle that allows him to bend at the knee.

It takes him about 10 minutes to put on or take off, and he pretty much wears it all day.

"This leg, when I get fat - they change. If I lost weight, they change. But they have been changing this for four times," he says.

He walks with ease through the living room of his teacher's home and sits down at the dining table as she lays out food and a pot of tea.

He says he has a new leg - blue and grey, because he loves blue.

Before the crash, he was a promising rugby athlete, a lead player in the school's brass band and the school's head boy, but days afterwards when he woke up in Hastings hospital with only one leg his life changed forever. 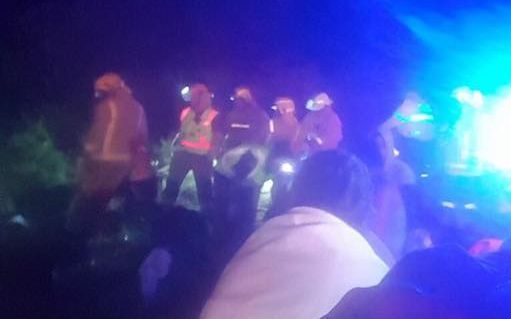 "My Dad was here but he go back to Tonga," he says.

In Tongan, he describes how things did not feel good in his family after that.

"My mum stayed here for a little bit and she did some jobs babysitting here and there for a bit of money, but everything felt sad. My family was split up. We couldn't be together because of what happened," he says.

"I miss my family, especially my siblings. I have four sisters and one brother."

Tevita was later moved to Middlemore Hospital. His teacher Mele Suipi describes what he was like when she first met him.

"He was emotionally, psychologically in deep great despair," she says. "He would either be sleeping or just lying on the bed and you can see it. You can feel it.

"You just look at a person who's in despair who has lost something, part of his body, his capability is not full at all. He's not happy with life.

At the time of the crash, Mrs Suipi was the President of the Alumni Association of Tevita's school in Tonga.

She says she felt she had to do something to give him hope.

"Somebody gave him a little computer eh, as a gift. So I went there one day and I said "I'll show you something".

She showed Tevita the website for life without limbs, an organisation founded by inspirational speaker Nick Vujicic, who was born with no limbs.

"And I said 'look at that boy, he has nothing', and then I explain it to him and I turn it to the amputee sports, where they run around with their prosthetic legs and all that and I said 'see, look, these people here have lost both, they've lost one, but they survive'. I said, 'that could be you'.

After the crash Tevita attended Ōtāhūhū College, but he struggled to adjust to this new life.

"I feel like I'm lonely... (in Tongan) Before, I was in a wheelchair. I went to school and I just felt homesick. I couldn't play or anything," he says.

Suffering from depression, he barely attended school and by the end of the year had not achieved enough credits to pass level 1 NCEA.

Mrs Suipi says she wasn't having it.

"I went over to his house and I realised it wasn't going on well with him in Ōtāhūhū, that's when I shifted him and I brought him - I went to Soana [Pamaka, principal of Tamaki College] and I said 'see, I'm bringing this boy here' and they were very good and supportive. And that's when he came over to our college."

Rising out of despair

That was two years ago. He was enrolled at Tamaki and has achieved so much since.

"We put him into level 2 NCEA," Mele says. "Tevita passed that very very well and you know, the transferring of credits and all that - he passed level 1 as well. 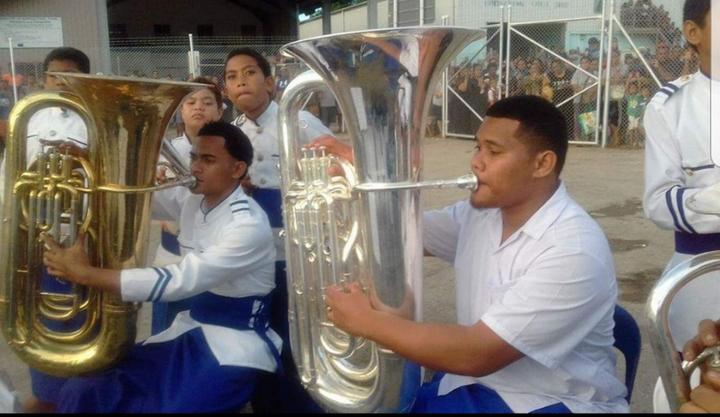 "This year we put him in level 3, he passed that as well. I think his credits are 100 plus and he passed all the level 1, level 2, level 3 and our academy put him in to go and do that level 3 carpentry. He went and he got it, the level 3 certificate, and then he became the student of the year."

"All of this are happening in two years. I'm so proud of Vita.

Tevita is now thriving. He's participated in sports events with other amputees, he also drives himself to school. He gained his restricted driver's license through a school programme and will sit his full license in January.

"I was so happy," he says, in Tongan. "I never imagined I'd ever win an award like that, student of the year."

"I play Tuba, I play trombone, I play horn. Yeah, I play all the instruments. The doctor who made my leg, he involved in the Auckland City Brass and the first day that I go to the artificial limb centre he asked me about what happened to my leg and I said I came from Tonga, School brass band from Tonga came to here to fundraise to raise money.

"He said 'do you know how to play music?' and I said yes, and he said if I want to go the Auckland City brass band, and I come with him. And I'm happy to. I still play, I enjoy it and I think I will play in Auckland City Brass band until I die," he says, laughing. 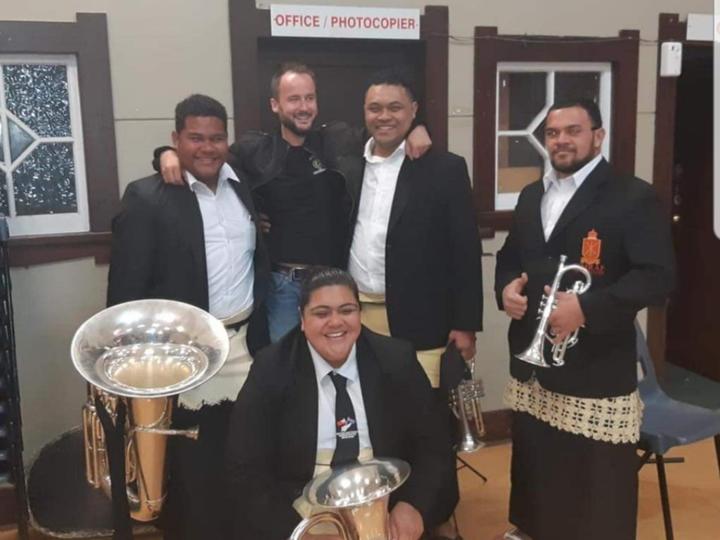 There's just one more dream Tevita hopes to achieve - and that's to get his residency.

He's been on a visitors' visa here in New Zealand since the crash and has had to extend it three times in order to receive the medical help he needs.

His current visa ends on 29 December, and Mrs Suipi has just applied for that to be extended for the fourth time.

She and the Alumni Association of Tevita's old school in Tonga have been helping to fund his stay here and his immigration applications.

"After doing all his education I decided that I'd go for residency because that's the last hope that I can give Tevita here," she says.

"He's like another son for me. I would continue to make a plea for Tevita. Here is a person who came to our shores and he became almost an invalid. And that is what I'm asking the Immigration - give him a chance. In the three years that I've been with him I'm making sure that he's not going to be a liability to the country. That's why I saw the importance of giving him the education.

"I see a different Vita from what I saw in the hospital when I met him there. I see joy in his face, he's looking at the future. His future focus now is going on to study, having a career, all those things are replacing what I saw on that bed - the hopelessness."

Tevita says he hopes to study at Auckland's Unitech if he is granted residency in New Zealand so he can work in the construction industry.