While the Christmas season is a joyous time for many, for those living under the poverty line - it can mean suicide, depression and family violence. 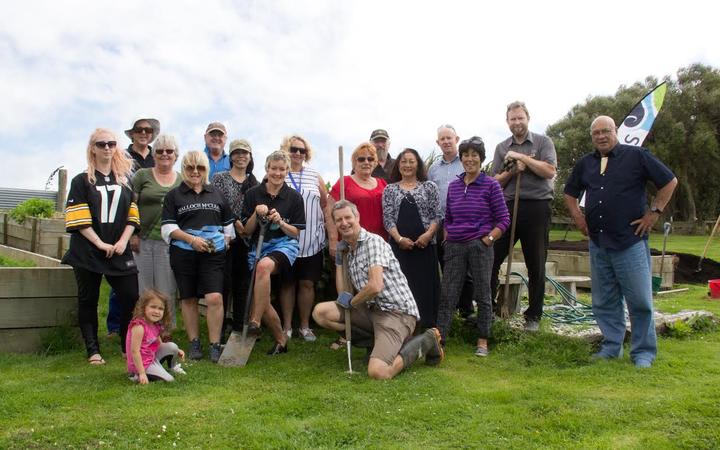 That's according to Gerry Forde, who founded the Spirit Army, an organisation in Invercargill which sees dozens of volunteers working to help lift struggling families in their community over the bread line.

Forde told First Up by the end of the year, many of the families they see were exhausted.

"There's been a suicide attempt, there's been a bad beat up - this is just amongst our families - two break ups in relationships," he said.

"Christmas time is just horrendous for some families. And it's not the obvious reasons everyone gives saying 'Oh you know, there's pressure on them to buy presents and that' - and they do and they blow their budgets and that's all true and then there's later ramifications for that when they haven't got money for the crucial things. But the most significant factor is just exhaustion, Forde said.

"It's mentally exhausting bringing up a child and children on your own, let alone with the bad start you've had to life and the poor view you might have of yourself and broken relationships. And after a year of trying to get the kids to school and get through everything and survive - by the end of the year, you're just talking absolute exhaustion."

The report also found that children living in areas of high deprivation were three times more likely to end up in hospital than other children.

Forde said while government agencies provided good support - it's not the government or money that could solve poverty - it was community.

Since he founded the Spirit Army four years ago, its impact has gone beyond providing basic food needs to saving lives through suicide prevention support, providing safe environments for children at risk and lifting families out of debt. 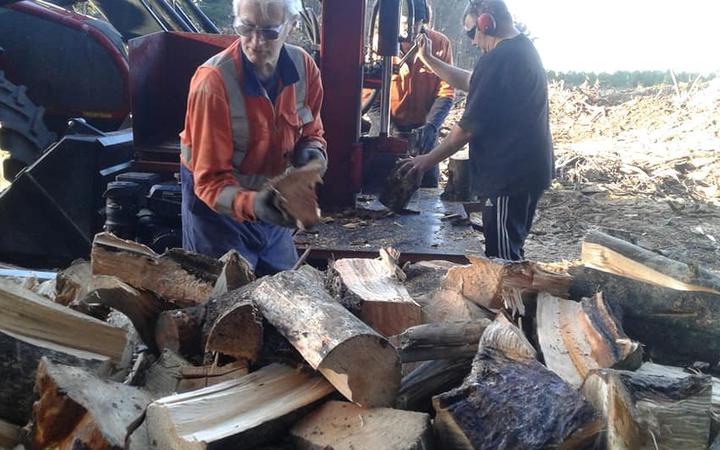 Forde said it was a range of simple acts by ordinary citizens reaching out to lift up families who were struggling.

"I went along to a family once and I knew that the mother was sick, the house was cold, kids were looking after themselves, one was in bed crook with her. So I just started chopping some wood and she told me later, 'When I heard that sound of you chopping that wood, I thought Oh is that the ex smacking the door down? Is it one of the kids breaking something?'."

"It never entered her head that someone was chopping some wood to start a fire to keep her warm. She said, 'That's the first time anyone has ever done anything nice for me."

Forde said for many of the families they're helping, trauma is one of the biggest causes of their poverty.

"Money's not the problem. The problem - and this is the reality for most of the problems in society - is these parents have been terribly and horrifically abused as children. And that has destroyed their sense of identity, their belief in themselves. This is exactly how all of them will talk to you," he said.

"They fundamentally believe they are a piece of crap. And how can anyone who has that basic belief ever achieve anything in life?"

When Spirit Army volunteer John McManus, 75, found out kids were turning up to school with no lunch, he decided to grow veggies. 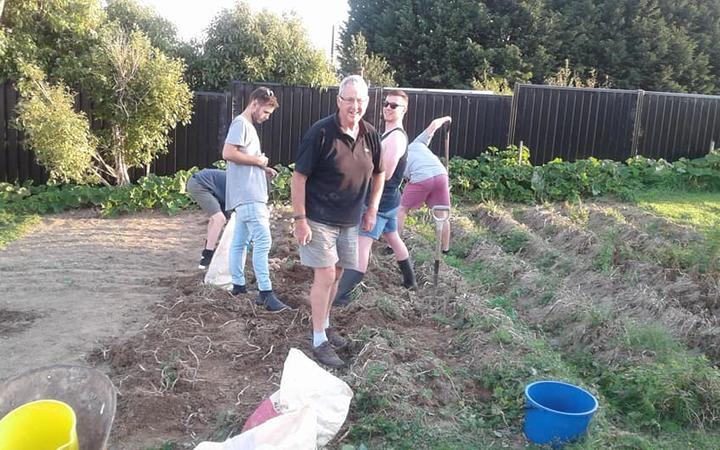 "I just said I could help supervise a couple of gardens at first and it kind of started from there. Then a wee bit later it grew because we got the opportunity to work with the Murihiku Marae and use their gardens and they hadn't been used for many years.

"They have a big tunnel house which we use to grow tomatoes, cucumbers, zucchinis, lettuces. Outside we've got pumpkins, carrots, parsnips, cabbages, cauliflower, broccoli. In winter time we have the leeks and we've got broadbeans growing right now and silverbeet and of course we have rhubarb," McManus said.

He was named NZ Gardener's 2019 Gardener of the Year for his work in the community.

He said he did it because he came from a family who knew what it was like to go hungry.

"As a family, I was the oldest of seven and we had 12 acres at Gore and my father was growing vegetables for us. In those early days in the early '50s, we struggled a bit with income so he used to grow vegetables to sell so I learnt some of the techniques then," McManus said.

"And my mother had come through the depression with her family and they had a big garden too so we had it inground into us."

[h] 'There's no ego involved in this'

Forde said it was ordinary people like McManus that had become heroes in their community.

"They're not trained experts, they're just decent human beings like John McManus. They go into those families, they listen, they understand, they support and they make the miracle happen," he said.

Forde said often people wanted to help, but didn't know how - and those most vulnerable, struggled to reach out.

Whether it's making meals, chopping wood or just listening - he said anyone in any community can help.

Spirit Army mentors have helped get beneficiaries off their benefits and back into the workforce, they've prevented parents from attempting suicide and have connected families to social groups for support.

Forde said the path wasn't always straightforward, but they'd seen a lot of people set free from some of their struggles.

"There'll be two steps back, one forward but eventually you see the light. You see the burden come off, the shoulders start to come loose. I've even seen one person fall to the floor and it is beautiful," Forde said.

He said when his mother died at 40 of cancer, his dad went into a shell.

"People tried to help, they'd come in but they didn't have a clue.

"So I know this. I have a feel for it and that's what the Spirit Army comes from, that's why I've founded it. But I listen to a lot of other people and I'm not stupid and I listen to the people that are actually struggling, I listen to the experts and we find a way that works. There's no ego involved in this. We just want to get the outcome that's right."

This Christmas he wants New Zealanders to look out for each other.

"Just care for each other. That's something all New Zealanders can do. Look around at the people in your community and if you've got a connection with someone that you know is not a 100 percent, then don't be afraid to just reach out."