"She was an adventurer": families remember victims of Erebus disaster 40 years on

She remembers coming home from running club that day.

"I remember eating my dinner and going to bed and then waking up in the middle of the night to another one of Mum's friends actually saying my Nan's name outside my bedroom door. So she was on the phone, one of those old fashioned dial-up things, and she was saying 'Muriel Florence Rose Harrison' into the phone and it woke me up." 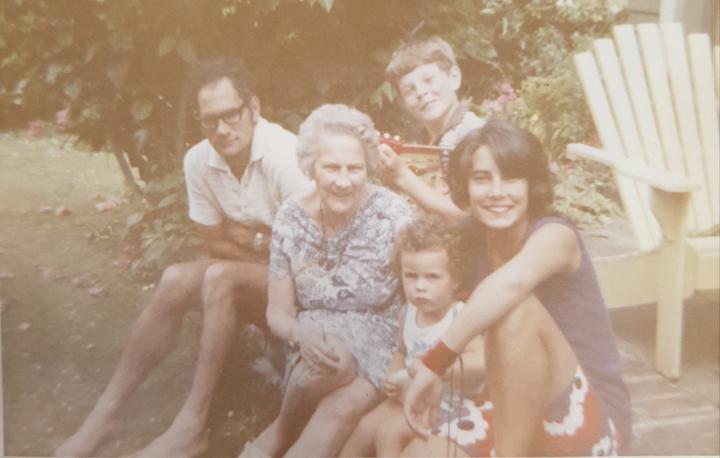 Lizzie Oakes with her family and her Nan Muriel Harrison Photo: supplied

On the 28th November 1979, the Air New Zealand aircraft Flight TE901 left Māngere airport in Auckland, for an 11-hour return flight to Antarctica.

What was supposed to have been a memorable sightseeing trip for the 257 people on board turned into the worst civil disaster in New Zealand history.

The aircraft never returned. At midnight, wreckage was sighted on the lower slopes of Mt Erebus and the next day it was confirmed, the plane had crashed and there were no survivors.

40 years on, family members of the victims are now waiting to see if a planned National memorial will actually go ahead - the construction of which has been delayed by local opposition.

But for now, they continue to honour their loved ones by sharing their stories in the hope that they won't be forgotten. 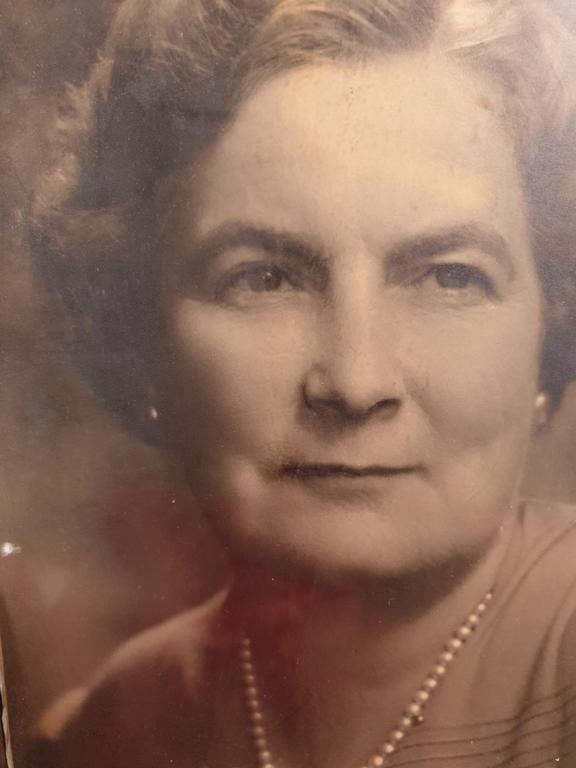 Ms Oakes' Nan, Muriel Harrison, was 79 years old and a passenger on that flight in 1979.

"My Nan was actually a bit of an adventurer. You know, she just had an adventurous spirit. She always just had a real interest in that part of the world.

"She lived in a lovely little wooden house by the sea. You went there and you had treats. You stayed the night and you got biscuits in bed. We used to play Mahjong together and it was just fun. So she was a huge anchor in our lives.

At 12.49 p.m, the aircraft Muriel was on - crashed into the lower slopes of Mt Erebus. All 237 passengers and 20 crew on board were killed.

The next day, Ms Oakes' Mother told her that her Nan was gone and there were no survivors.

"I just remember screaming. I just remember this anger you know. Because evidently in the middle of the night, I had convinced myself as a 10 year old that everything was going to be ok, and it wasn't," said Ms Oakes.

"The whole country was probably in shock really and then as I had grown up, and the stories that have come out from people - you know, everybody knew somebody - their favourite school teacher or somebody they'd worked with. It just had such a huge ripple effect throughout communities in New Zealand. Very little people were left untouched by it." 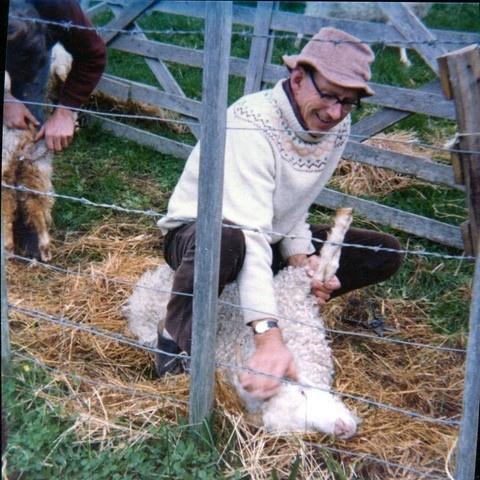 Paul Gilberd died in the Erebus disaster. He took the trip to celebrate his 60th birthday Photo: supplied

Lizzie is now a broadcaster and to honour the victims of the crash she's produced a podcast called 'Erebus: Engraved on our hearts'

Friends and relatives of the victims shared their stories of the loss and grief that followed the event and how they remember New Zealand's worst disaster.

Denise Roper remembers her Dad Frank Christmas who was on that fateful flight. "He was the most fun-loving, very very happy-go-lucky, take the shirt off your back sort of person. Always there for people no matter who it was. He was always there for us, we had an amazing upbringing and he was a true father," said Ms Roper.

Paul Gilberd's Grandad is believed to have been the only passenger on the plane who was an ordained priest and also a retired fighter pilot. Paul was at primary school when his 'Poppa' Peter Tanton went on the trip.

"He had a premonition and didn't actually want to go on the flight. And so the night before, he told my grandmother 'I don't want to go' but he'd already committed because it was his 60th birthday gift to go on the plane and so off he went with his best mate beside him on that champagne tour to see the great Southern continent of Antarctica," said Mr Gilberd.

"So there's a little bit of regret there that he didn't follow that intuition, but it happened."

Ms Oakes' brother, Mark Head, recalled the grief and shock that followed after.

"We had a memorial service for Nan even though we didn't have a body because she was never identified of course. Didn't have all the DNA testing that we have now. So she's at Waikumete Cemetary with the remains of those who couldn't be identified," said Mr Head.

"We had some memorial service and I have no memory of it whatsoever....while we had a ceremony, my heart didn't remember it because we never had a body. "

The memories of that day are still clear for Mr Gilberd, "We sat and we waited and we watched and we got to that point where we knew they would've run out of fuel," he said.

"That was really the moment when for us, as a family gathered around the TV in our little home in Lower Hutt, where we knew it was not good."

Over the last 40 years, the Erebus disaster has become marred in controversy over who was to blame for the accident.

Serious pilot error was initially cited as the chief cause of the accident but public demand led to a Royal Commission of Inquiry published in 1981 which placed the blame on Air New Zealand and its systems.

The controversy continues but Ms Oakes says both she and others who lost their loved ones in the fateful crash just want to honour and remember the victims. 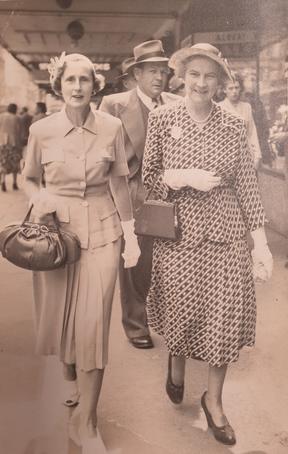 She recently attended the Erebus 40th Anniversary Service at Holy Trinity Cathedral in Auckland where relatives of the late captain Jim Collins paid tribute to the victims of the disaster.

"The grandchildren of Jim Collins came in carrying this book of rememberance and all the names of all the passengers and crew, and then they put it up the front and at the end of the service and you could go up and look at it," said Ms Oakes.

The book, says Ms Oakes, resides at St Matthews church in the Auckland CBD "If you lost a loved one, you can go there and see their names. So I turned the pages and I found my Nan's name and I took a photo of it. And that was just so special. It felt honouring. And you know, I think that's the whole thing with this debacle over the memorial, that there hasn't been a place where we can go and see their names and that should be recognised. Because it's actually a really important part of our history."