An entrepreneurial 12-year-old from Auckland has set up a smoked butter business - and is taking famers’ markets by storm.

Charlie Pronk - with a little help from his mum Jess - set up Dairy Me earlier this year, and is already planning to grow his business. 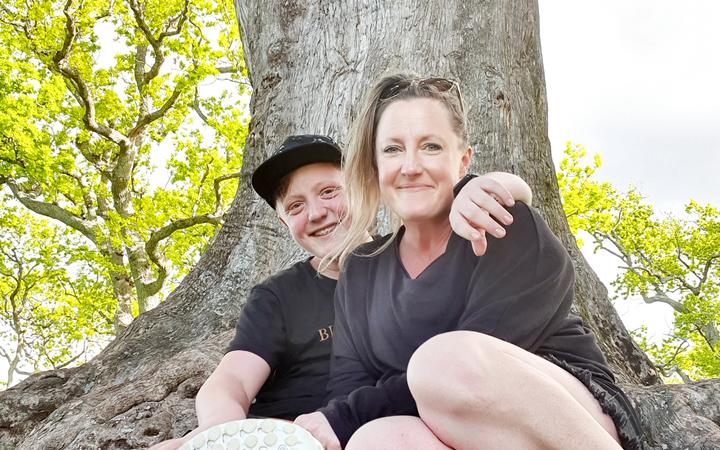 Charlie told First Up producer Lydia Batham that after they had their first taste of it, they couldn’t resist but to go on a hunt for their new-found golden treasure.

“When we were driving around looking for it, we were both really gutted we couldn’t find it anywhere,” his mother, Jess says.

“So when Charlie was suggesting that we buy the attachment, I thought well we’ve already got the smoker … [but] it was expensive, that was probably where my reservations came in because I was thinking ‘oh, that’s a lot of money just to make some smoked butter’.

“But once it all started to pan out, it was like oh my goodness this could actually be something.”

Charlie says it’s a good cross between butter and a smoky flavour, like that of smoked cheese. 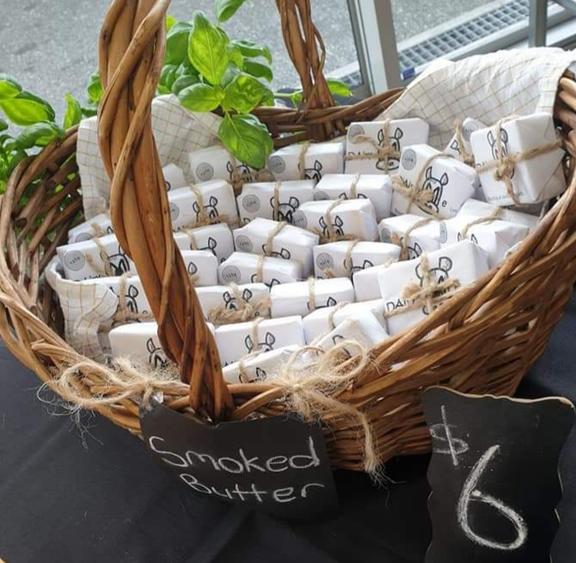 Charlie Pronk's Dairy Me smoked butter product in a basket, which he sells at farmers markets in west Auckland. Photo: Supplied / Jessica Pronk

“And it doesn’t taste like the smoked drops you get at the supermarket, I don’t like them,” he adds.

While it may be an acquired taste, Jess says it’s basically delicious with just about everything, even just plain bread, and nicely complements a bottle of red wine.

But their personal venture became a business when their first batch of butter produced a larger amount than they’d anticipated.

“We didn’t know what to do with all our extra butter so we just started to smoke it, and that’s where we were like ‘oh my God, we can sell this and make money’,” Charlie says.

Sitting over their dinner table that night, the family came up with a logo and brand name. With that settled, they took their product to the market.

“It was a bit nerve-wracking because it was our first time doing it and we didn’t really know what to do but I think it was a good journey, because lots of people were asking how we made it,” Charlie says.

And making money isn’t the only benefit of the business, Charlie’s confidence has boosted, Jess says.

“For me, the journey that I’m watching is him just creating so much more confidence and knowledge for what he’s doing.

“He’s developing a really clear and strong understanding of how the business is working and what it takes to make a profit. You can’t teach this in a textbook, this is the sort of stuff you have to put into practice and try.” 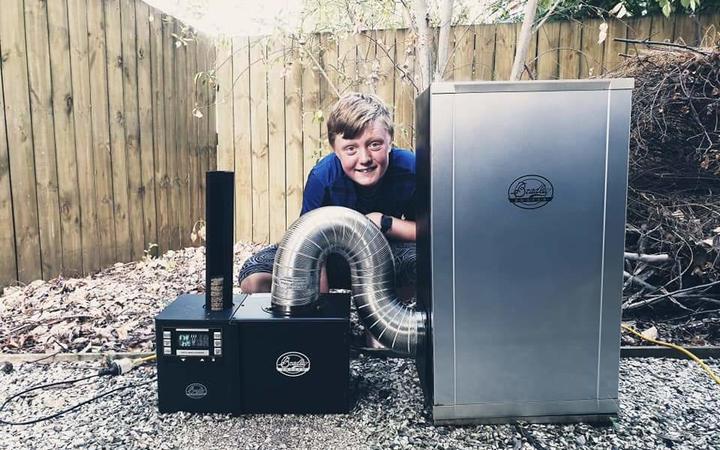 She says she can’t even explain how proud she is of his work ethic and seeing him engage with adults constructively.

“It’s incredible, the other day he’d gone out and done some pamphlet deliveries and he was shattered but we had the markets the next day so he was like ‘C’mon mum, we’ve got to wrap some butter’.”

And Charlie himself is happy with his achievement, having come close to his goal of buying an inflatable motorised kayak.

“I think it’s a good experience for me to have. All my friends don’t believe me, they didn’t think I have a business, until I actually bought some smoked butter into school.”

Although they’ve only been operating for a couple of months, Charlie and Jess are already hoping to branch out with extra people on deck to help them out and are possibly looking at other angles – like smoked salt or smoked garlic – to add to their brand.

Jess says she hopes this story can also inspire other families to give their ideas a go.

“Anyone can do it, you just gotta get out there and not be afraid to do it. And that’s where Charlie’s at, he’s not afraid to give it a crack. And if it doesn’t, it doesn’t work.

“But it is working, and it’s a great message to be able to prove that you don’t necessarily have to sit down and pass an exam to get this sorted, you can just put it into trial and away you go.”

Charlie’s smoked butter is on sale most weekends at the Oratia and Fresh Farms New Lynn markets in west Auckland.