Nanogirl, aka Dr Michelle Dickinson, says she's shocked, amazed and a bit creeped out that thieves returned stolen items from her office after their photos were shared on social media. 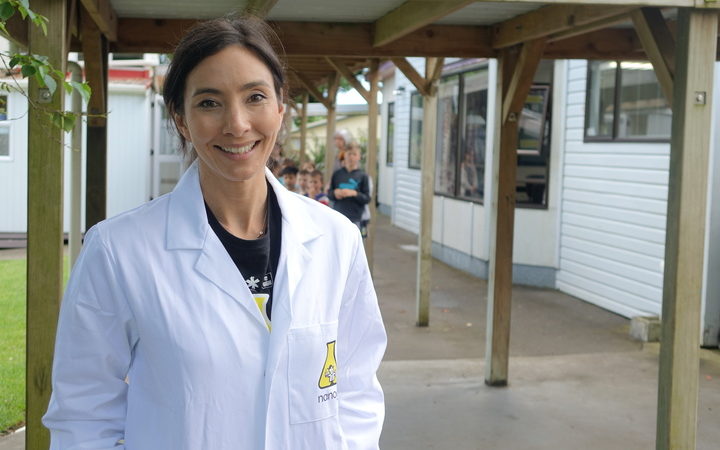 The images were shared after Dr Dickinson arrived at the office at 7am on Saturday to find it broken into and that laptops, specially built robots and equipment for a tour her team were about to embark on, had been taken.

Last night this couple chose to visit our Nanogirl office in Ponsonby & take things important to our work. As a tiny social enterprise trying to do good in the world, being reunited with our property would be amazing so if you know these people could you ask them to give it back pic.twitter.com/aXtRXITUzj

Speaking to First Up, Dr Dickinson said she arrived at the office and "saw our security camera was on and still recording. I saw the recording of two people who spent a lot of time rummaging around our office and giving us selfies on the security camera."

"I thought, well, it's only three hours ago, maybe if I can share these pictures, somebody might know them and give them a tap on the shoulder and say 'hey this stuff is for kids, give it back'."

The office had been filled with equipment for the Nanogirl science tour which is about to set off round New Zealand.

The image was shared thousands of times online, Dr Dickinson said she "always believed in the good in people" but didn't think the items would be returned.

"I didn't really think it would work, [we've] had police and forensics out, I thought 'OK we've got a lot more work to do now to replace that stuff that has been taken," she said.

"And then Monday morning I came in early ... some of the items that had been taken were not only returned but wrapped really neatly and put away very tidily ... the things they returned were the most expensive things they had taken from us."

"I still can't believe it. I called the police to say 'what can I do now, can I touch it?' and they said 'that's very bizarre'.

"The essential stuff has been polished, I'm guessing for fingerprints, but wrapped and returned to us."

"It's a bit creepy," she says, "there's some uneasiness, they know where we are, they have come back, had the bravery to come back to the crime scene. I'm grateful they did come back and that everyone in New Zealand helped us by sharing this content.

"It's incredible and we're still in shock, the show will now go on."