A South Auckland Doctor says the measles outbreak in his community has become a crisis and a public health emergency. 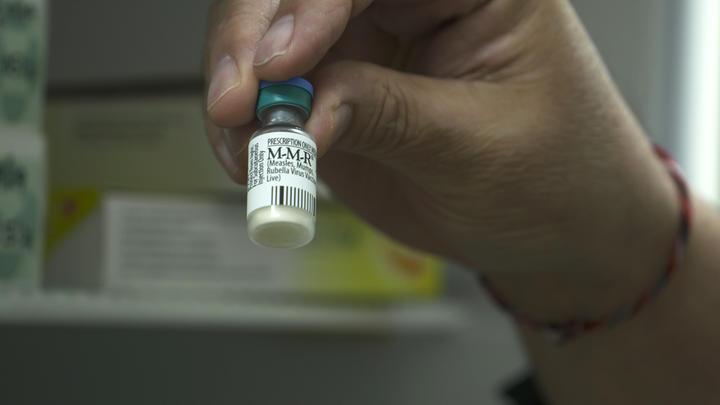 His comments come about a week after Associate Minister for Health Julianne Genter said the outbreak was not a crisis and activated a National Health Coordination Centre in response to it.

Dr Hulme added staff are having to turn people away at the door and see patients in their cars because the risk has become so high. 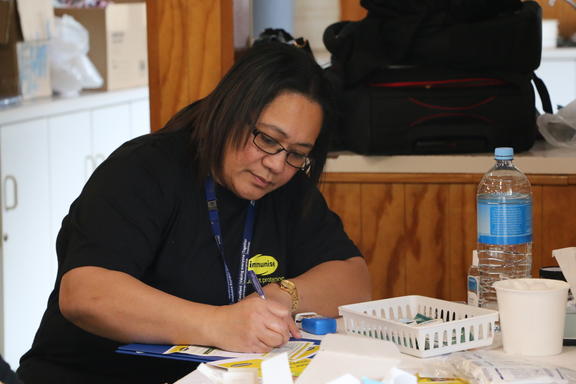 "I think it is a crisis. I think that we've talked about trying to achieve herd immunity but to achieve that you need to have at least 93 to 95 percent of the population immunised and we don't have herd immunity," he said.

Immunisation rates in South Auckland are among the lowest in the country and staff there have been struggling to contain the virus.

"A patient I spoke to in the weekend who had confirmed measles, said that she was 20 years old and she had not heard anything about it on TV, Radio or in the papers and the only reason she became aware of measles was through Facebook. She saw a picture of a baby that had measles and she thought it only affected babies," said Dr Hulme.

"She was still at work, she was one of 9 people in her household and of those 9 people, one of them went to a local high school and was still going to school."

For Dr Hulme, the huge spike in confirmed cases in his district and the lack of understanding among residents has been worrying.

"It's pretty scary because on the day that that 20 year old patient came to me, there was a market out in the carpark so to think that we've got people with measles in the local market, it's pretty scary." 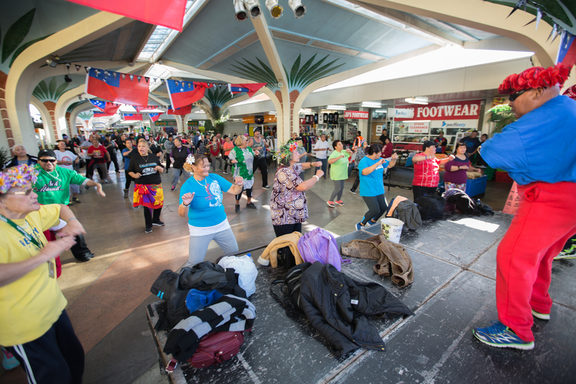 Dr. Hulme said the culture of the community meant people are actively social, regularly attending church and community events. It's one of the factors that has caused the district to see the biggest rise in measles cases in the country over the past 3 months.

"For this young girl who had measles, she already had the rash when she came in to see me. I went through her period of infectivity with her and we worked out when her infectious period started - which was 5 days before the rash appeared. I explained to her and her partner that everyone she had seen in the last 5 days had been potentially infected unless they're immune," said Dr Hulme.

He also said many families, like the case of the young woman, were living in overcrowded homes which was another serious concern for medical staff.

"We went through who were the high-risk people that she may have been in contact with and that's how I came up with the 9 family members who were in the same household and got their ages, who was at school and who was at work," he said.

"She had continued going to work until she realised that she had the measles because she thought she just had the flu."

Dr Hulme said once the young woman realised how serious the disease was and that she had it, she was shocked.

"I think it shocked her so much that when I went to print off the letter for her employer and for her brother that went to high school - before I could bring those letters back to her she had left."

Dr Hulme said he was immediately worried when the young woman, who was not vaccinated, left because hundreds of people were outside at the local Mangere market and he had wanted to give her a face mask.

Many clinics have isolation rooms but local residents told First Up people are being turned away at the doors and asked to wait in their cars if they suspect they have measles.

Dr Hulme said staff are prepared to go out to the carparks and see people in their cars.

"Not everyone has got a car so it's not always possible for someone to wait in the car, so if they've got a car then we go out to the car but otherwise we see them in the isolation room. But then that room can't be used for twenty minutes after the patient has been seen."

Dr Hulme said staff are now seeing measles cases everyday and his message to the community is urgent. He said local residents need to wake up and take the disease seriously.

"People don't realise that Measles can kill. It's a serious condition. It is a public health emergency and I'd encourage everyone to get immunised for themselves and their loved ones."