The old printing presses from the former Nelson Evening Mail, and others even older, have whirred back to life. 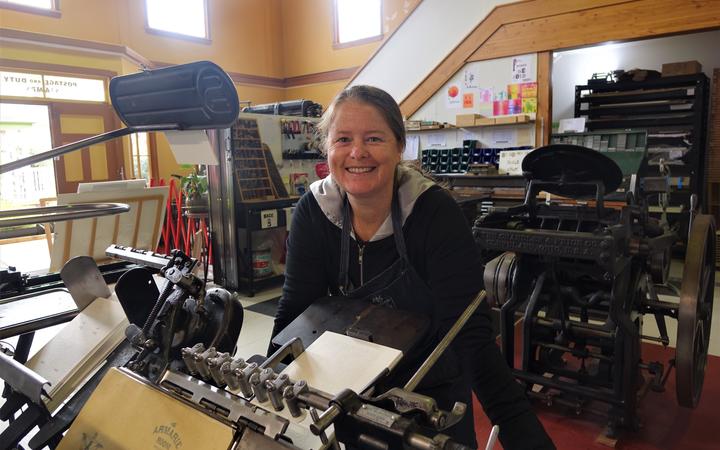 The Armarie Room, which operates from Founders Heritage Park in Nelson is using the presses in bespoke printing, and for letterpress printing workshops.

Business owner Renee Hadlow, who has ink on her hands and ink in her blood, said getting the business up and running has been a dream come true. She said it was helped by serendipity, some loyal volunteers and possibly even the resident-friendly ghost.

It began at school in Auckland, with an art teacher who was passionate about print, and graduated to her earning a fine arts degree through Auckland University's Elam School of Fine Arts.

A move to Nelson from Wanaka two years ago seemed written in the stars.

"I'd been here a few months and started hunting around for an arts studio, and came to Founders Park.

"I couldn't quite believe it when I walked into this ex print-making building with all these amazing machines.

"It was a jaw-dropping moment."

The oldest machine was an 1860 press, modelled off the earliest presses ever made.

There were two Linotype machines and an Albion Press, both of which were used to print the Nelson Evening Mail.

Ms Hadlow ran the business alone, but was supported by what she called an amazing community of letterpress and print making experts who provided guidance from around the country, and overseas.

She said it took skill to getting printing right, but the secret lay in love for the craft, and its history.

"It's one of those things that once you get ink under your nails you sort of ... get addicted to it.

"There's this combination of satisfaction through driving the machines; getting all the little bits right that make the end product a work of art." 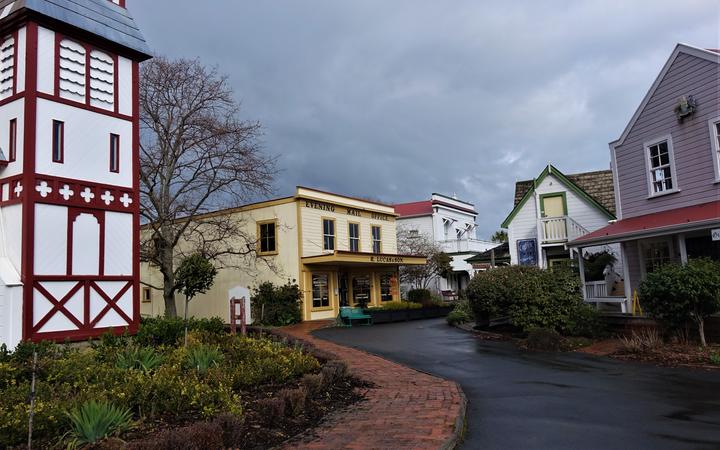 The former Nelson Evening Mail was founded in 1866 and later became the Fairfax-owned Nelson Mail. In its early days it was housed in the old wooden building from where the Armarie Room was based, which is part of the living museum that is Founders Heritage Park.

Supervisor Sarah Newman-Watt said the park doubled as a visitor attraction and a showcase of Nelson's early industrial and commercial heritage.

"We have a number of tenants who work in the park - a number of artisans, the likes of Renee in the printery using the beautiful old presses we have, and we have other tenants like jewellers, fashion designers, sailmakers - all sorts of interesting people."

One of them was Ian Johnston, a former letterpress machinist who learned the trade in Christchurch. His path crossed with Ms Hadlow's by chance.

"I came in here, just to walk through the park and I walked into the print shop and I thought, 'Wow! There's my machine, the Heidelberg Platen'.

"I ran up to three of those when I was printing."

Mr Johnston said seeing and hearing the old printing machines come back to life carried him way back down memory lane.

"I think a lot of skills are being lost when people can just press a button and the printer just spits it out. Here, you have a connection with the typeface, the ink and the handling of the machine."

Ms Hadlow said it was also possible the resident ghost, evident in the strange flickering of lights in the room, had something to do with making sure the presses ran again.

"They did warn me when I took over the lease here there was a printer's ghost but we haven't met him and I think it's because we've put so much love into the machines and got them all purring again.

"I think he's feeling like the place is well looked after."

Fine press printing used the pressure of a press to transfer an inked image from a plate to paper. Inks were mixed by hand and matched to the Pantone colour system. Each piece was hand pressed one colour at a time.

Ms Hadlow had noticed a revival of the craft and the number of master printers over the past decade, particularly in the US and in the UK.

"We also have some amazing letter press and design studios in Australia and in New Zealand as well."

The Armarie Room handled small design work like business cards through to large format art prints, and always, a stack of wedding cards and invitations.