Why we feel like we've played sport when we're just watching

Heart pounding, heavy breathing, sweaty palms - they are just a few of the physical signs of stress and nerves many of us felt while watching the Cricket World Cup final.

So, why does it feel like we've played a cricket match ourselves when we're just spectating? 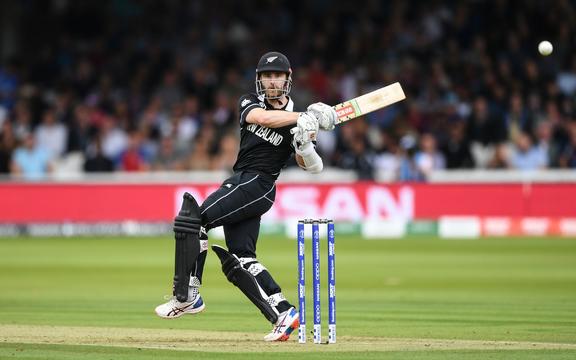 According to Marc Wilson, who's a Professor of Psychology at Victoria University, this is because of a set of neurons in our brain called mirror neurons.

He says they "respond when we're watching other people doing things. So effectively, we're mentally mirroring what they're doing. We also, as a part of this, empathize with what other people are doing as well".

As for the increase in heart rate, Professor Wilson says "watching these kind of sporting encounters puts us into that kind of evolutionary position that we used to find ourselves in, of potentially competing for territory, competing for food, running away from things that are trying to kill us.

"And it's an adaptive response - your body generates stress hormones, like cortisol, like adrenaline and that's what elevates our heart rate. It's actually preparing us to fight or flight. But particularly with games like cricket, which can go on for hours, they can become quite a roller coaster, and actually, at the end of it, you know, machines don't like running at such high eb, for so long. So that's one of the reasons why we're also exhausted at the end of it."

The good news - Professor Wilson says we actually burn calories just by watching sport, "there's research that shows that people's heart rates, whilst watching things like hockey games, elevate to the point that's consistent with actually going for a run.

"The downside is that while you might be burning some calories while you're watching the game...there are studies, which have been replicated all around the world, that shows that for sports fans when their team loses, they consume more calories that the next day, usually in the worst kinds of foods as well, so the carbs from the fat, whereas people whose teams will tend to eat less of those things."

The winning fans are also more likely to display outward displays of love for their team; "on the days after a sports team wins, we do something that's referred to as basking in reflected glory...whereby we're more likely to wear the merchandise...to show our association with this thing that we actually had very little impact on", says Professor Wilson.

He says that when we win, our self-esteem gets a boost and that our support for our team, the fact we cheered for them makes us feel like we're part of their success.

However, losing isn't all negative - in fact we often find other positives to focus on.

Professor Wilson used a post-match interview with Finance Minister Grant Robertson, who said he didn't feel like New Zealand had lost and that he in fact felt the team were very courageous and had achieved some things that were not reflected in the overall score.

This is called changing the 'domain of comparison'.

For example, when New Zealand has lost previous Rugby World Cups, fans have often stated that the All Black played the most attractive rugby.

As for the professionals - their psychological experience is completely different.

While fans watching at Lords struggled to keep their emotions in check, the England and New Zealand players and coaches watching from the balcony gave very little away.

Professor Wilson says this is because "the difference between winning and losing may actually be psychological. So these are people who have become very good and gotten to where they are by being able to hold it together, right up until the final ball is bowled ,as we saw that we saw that in the game.

"At the same time. The other thing that you see in high level sport, and other sorts of occupations, where the difference between winning and losing, life and death, is potentially miniscule is lots of lots of potentially superstitious rituals as well. And I wouldn't be at all surprised if there are a number of the people, members of those teams and their entourage who are going, I don't want to do anything which is going to jinx it, and that might account for some of that as well."