New Zealand's most fertile land dug up for housing

Over the last decade more than 200 produce growers in Auckland have closed up shop as more rural land has been rezoned to residential to keep up with the demand for housing. 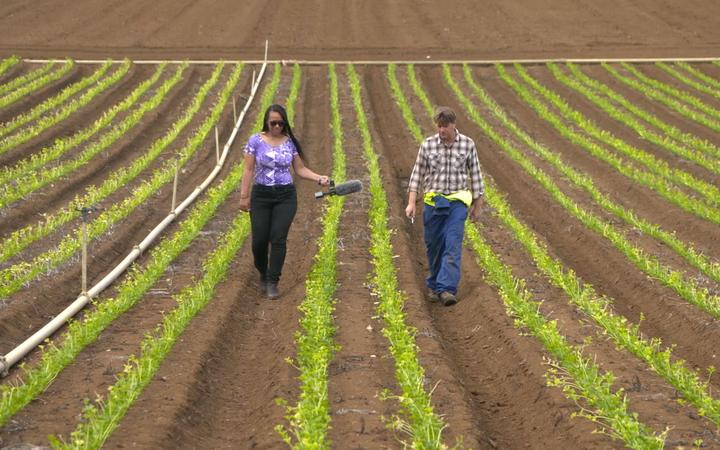 Now, after 60 years of growing vegetables in South Auckland, celery farmer Stan Clark has decided to close up as well.

Mr Clark's celery farms were re-zoned from rural to residential in 2009 and the rising land rates are making business unsustainable.

The family is preparing to sell their much-loved farms in Pukekohe, a suburb that holds some of the country's most fertile land, much of which is being dug up for housing.

Stan and his son David are among the last celery farmers left in the country and at 80 years old, Stan still works the farm every day.

"I should have been retired a very long time ago," he said.

"The easiest thing is to die with your boots on. You don't have time to think about these things."

The family cultivates three fields in Pukekohe, each producing hundreds of thousands of celery heads a year.

But making a profit has become increasingly difficult.

The Clarks say the anti-plastic movement in supermarkets has cut out 20 percent of their product line - but the city's housing crisis has added even more pressure to business.

In recent years Auckland Council has approved more and more subdivisions in Pukekohe for housing and land prices have skyrocketed.

For Stan, that means rates on his properties are rising fast. "Because the value of the land has gone up. The rate take may be fairly similar but of course as values go up, that's what the rates are based on."

Stan said the family worked hard over the years to keep their celery farms running but rising rates have reduced profitability and made business unsustainable.

Now they feel forced to give up.

In the decade to 2014, about 10 percent of horticultural land around Auckland disappeared under development.

And David points out that in Pukekohe, a lot of that land has been Class 1 and Class 2 - what's called elite, productive soil for growing.

"In some respects, I feel a bit sad. Especially that they see the need to take our elite soils. Which is what we're utilising here as vegetable producers. I mean there's only a certain percentage of elite soils in this area, or even around the country. And once those are gone, they're gone forever. You can never get them back."

Opposite one of their farms, a KiwiBuild housing development is going up fast.

David estimates the family will have to close down their business within two years.

While he understands the need for more housing, he feels that the process should have been better planned and that houses shouldn't have been built on the country's elite soils.

"That's all the new development," explained David pointing to the new housing.

"So this has all been in the last 12 or so months.

"I used to farm that block. That was a very highly productive bit of soil, that.

"The previous National government passed it all off as a special housing area and we lost all of that [land]. That's a shame. That should never have happened.

"It was good productive elite soil, but it's not now. You can never get it back once all that infrastructure and housing's gone on there. It's gone forever."

"There's fewer and fewer of us growers around." 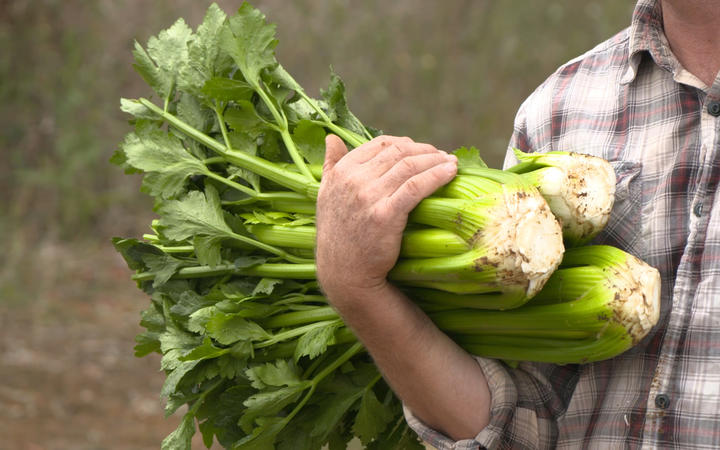 Pukekohe land is covered with volcanic loam, some of rural Auckland's richest soil and perfect for growing vegetables.

"We need these heavy clay loam soils because they hold all our water, all our nutrients and they're very even. So they don't have that variability like some other areas do," said David.

"It's elite Class 1 soil. You cannot get any better soil, in the country then what we have here.

David says after 60 years of farming, selling up is a hard reality to accept for the family.

Stan can be seen most days hopping on a farm tractor or out checking the irrigation.  "He'd say it wasn't out of choice but I think it is. I think he still enjoys it. He's not one to sit at home and watch TV," said David.

"As growers, that's all we know. We just get out and get our hands dirty and get on with it."