"Flight to safety is a situation in markets where businesses start to sell down, or shy away from what they perceive as risky investments," said Sandeep Parekh.

"So what investors then do is move towards safer assets like gold or bonds - so things that they think they can't lose a lot of money on."

Ongoing uncertainties in the market will lead people to move towards safer assets as Mr Parekh explained.

"So like Brexit, some people move to bonds in the UK and you've seen the share market sell off in the US because people are concerned about ongoing trade tensions that Trump has sort of been fuelling, for lack of a better word.

"So these sorts of things have led people to move towards the safer investments and we're also seeing central banks start to lean towards cutting policy," he said.

"So the Reserve Bank has already cut the Official Cash Rate once the Reserve Bank of Australia cut its cash rate yesterday. And the Fed is already talking about the potential for reduced interest rate in the US now." 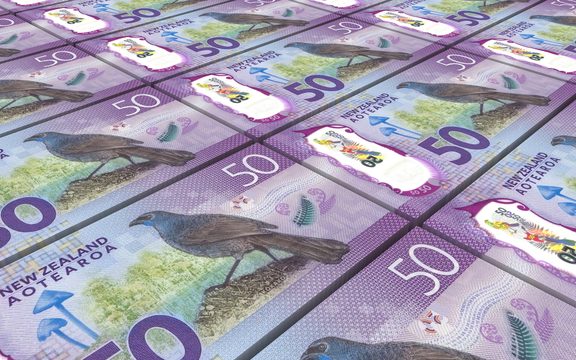 Mr Parekh said that as the certainty continues, more people will start to feel unnerved about the riskier investments, effectively impacting the New Zealand dollar which has seen some lows in recent weeks.

"The New Zealand dollar is a risk currency so it's generally been negative but it's had a pretty wild ride," he said.

"So for the entire month of May the New Zealand dollar's been sold and it's had its lows at around 64.8 US cents but more recently we've seen a little bit of sentiment pick up and the kiwi is actually a lot higher about 66 cents now.

"And the reason for this has been just the Federal Reserve in the US suggesting that they could cut rates and so the market has seen a little bit of US dollar selling and Kiwi dollar buying on the back of that."