Pharmac playing 'money game' is a crime against humanity - campaigner

Pharmac is playing a "money game" while patients are dying, an advocate for a patient group says, and she's now looking to take the agency to the Human Rights Commission.

Fiona Tolich told First Up she believed Pharmac's delay in funding certain medications was a crime against humanity and she is calling on other patient groups for support.

Stella Beswick, 14, was a mermaid in a past life. That's what her Dad Hayden says.

At 15 months she was diagnosed with spinal muscular atrophy, or SMA type 2, a motor neurone disease that affects children.

It is a rare genetic disorder which slowly eats away at a person's muscles, limiting their mobility.

Stella has never been able to use her legs much, but she has always been a beach baby - her favourite food is seafood. 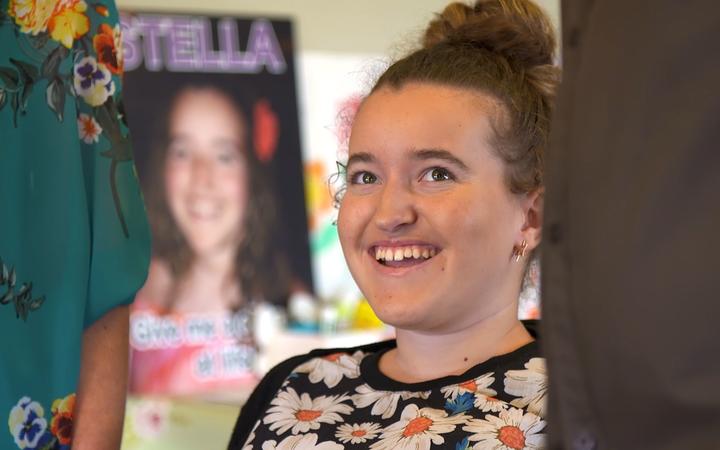 Mr Beswick said he often carried her down to the beach, where she loved to be the most, and the pair would go surfing together.

"I'd just dunk her under the waves ... it just gives her a little bit of fun out there and it's great.

"She's got that freedom of her legs moving independently. I love doing it." 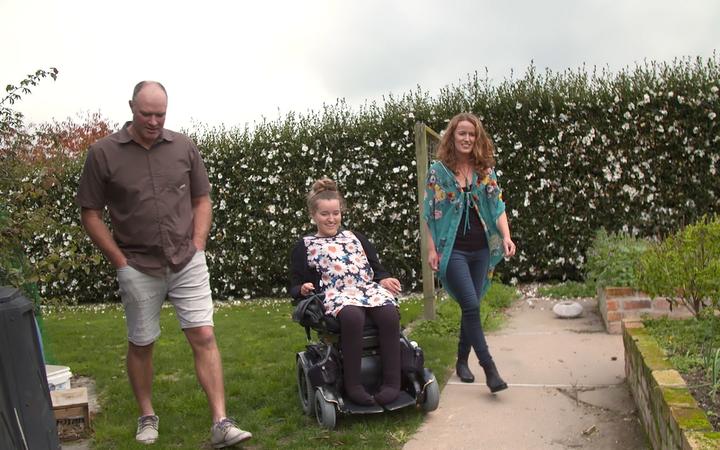 He described his daughter as courageous, brave and beautiful.

Very few people with Stella's condition ever reach adulthood, and her mother Emily said she was told by doctors her daughter might not live past childhood.

"The nature of the disease ... the nerves die .... and then the muscles waste away," Emily said.

Over the years, her mobility has drastically declined - she can no longer brush her hair or her teeth and struggles to feed herself.

Her family are desperately waiting for Pharmac to fund Spinraza - a drug that has been proven to halt the disorder, and in some cases reverse deterioration.

It is funded in 49 other countries, including Australia, but the government's drug buying agency Pharmac still will not back it in New Zealand.

Pharmac said in a statement its expert clinical advisors have recommended that the funding application for the drug be deferred until results come out from two clinical trials.

SMA campaigner Fiona Tolich said the wait was a death sentence for people like Stella.

Spinraza costs about $1 million per person for the first year of treatment, but becomes much cheaper after that.

"The cost of all her interventions, the modifications that they've done at the school, teacher aides that they hire, all the surgeries, everything that Stella's accessed - it costs the government and tax payers so much."

Mr Beswick said it sickened him that the battle for his daughter's future came down to money.

"If this drug was available then her world changes and that's a simple fact - and that's what's happening all around the world, everywhere except New Zealand.

"So it's sad to be a New Zealander which is horrible to say ... but she's missing out unfortunately because we're New Zealanders."

'They need to stop measuring success based on finances'

Ms Tolich herself has SMA and will not be eligible to access Spinraza if it gets funded here because it will only be available for those under 18.

But she said the fight was not about her, it's for the children.

"For families, it's just desperation out there because every day it's potentially another [person who suffers from a] motor neuron [disease] lost, and it's heartbreaking.

Ms Tolich said she believed Pharmac delays funding for certain medications to try and get cheaper prices from suppliers.

She said people were dying while the agency was playing "a money game" and that was a crime against humanity.

"They need to stop measuring success based on finances. I know that they've only got so much money but there are fundamental flaws in the way that Pharmac has set up and the ultimate outcome is that it's the people that are paying the price." 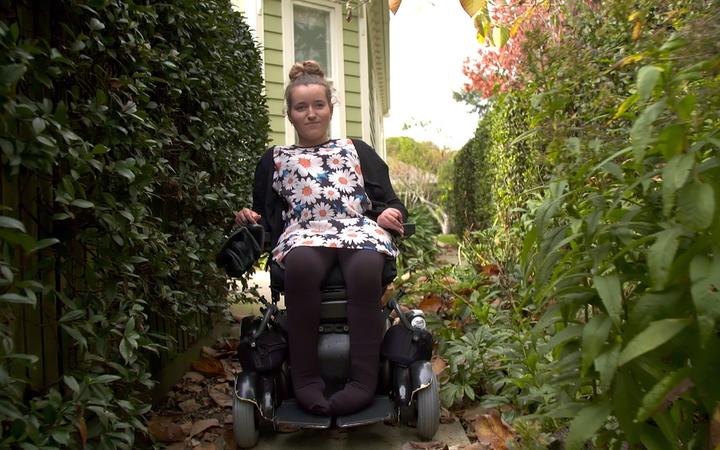