A Southland farmer whose farm suffered through a cull because of Mycoplasma bovis says emotional support is available for those who need it - especially farmers, who might be scared to ask for help. 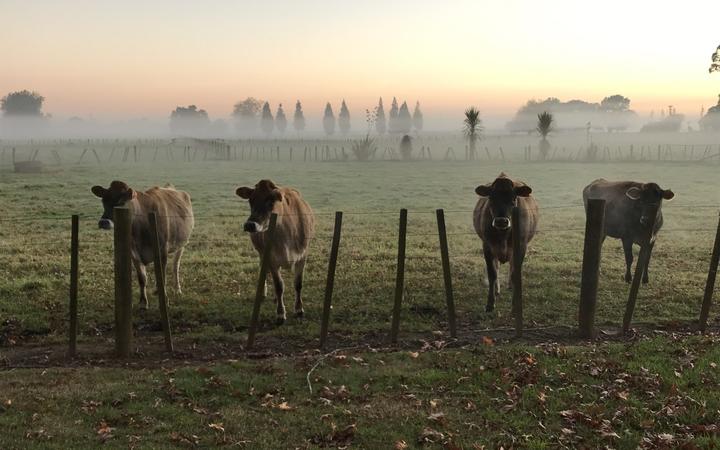 It comes as two senior rural support workers, hired to help farmers cope with losing their stock, quit over what they say has been a poor response by the Ministry of Primary Industries (MPI).

Southland farmer Ben Walling told First Up he was forced to cull 1700 calves after his farm became infected.

"We received some infected calves. MPI come in and issued us a notice and we went through quite a prolonged cull for various reasons ... it dragged our cull out six, seven months and we had a lot of animals in a very small area so it was a very very stressful time trying to keep them fed and in good health."

He said it could be very stressful, and emotionally tough for farmers, their families and workers to deal with.

"These are all calves that we and our workers reared from day one, and a lot of them were our pets and our kids' pets and I just personally found it quite stressful because these are our animals that we're quite attached to.

"They might have been 1500, 1600 of them but a lot of them you'd go pet and it just makes it a very stressful situation knowing what is coming."

Mr Walling's farm is now M bovis free, but he said he had sought help to cope with the strain during the process and would not hesitate to do so again.

"The emotional support that MPI offers you're constantly asked if ... they can do anything to help us as far as that goes. They're constantly making sure you're well; connected with the rural support people. We've found it pretty good."

He said it could be a very hard thing for anyone to ask for help, but especially so for farmers, "who are supposed to be, you know - knee deep in mud; and gumboots on; and out in daylight; 'nothing's wrong' - it's quite a challenging thing to get your head around".

"Probably the biggest problem with farmers is we're too scared to ask - or when we do ask we don't communicate properly when we're feeling stressed, would be my opinion."

The knowledge that the cattle were being reared to eventually go to the meatworks anyway was not a help.

"It's sort of like you've failed and you haven't done what you've set out to do for these animals. It does play with your head a little bit but the support is there if you ask."

"I wouldn't hesitate putting my hand up again if I needed to."

He had found MPI's response to the situation to be mixed. In some cases the Ministry's handling of the matter was "bloody terrible", but in others it was pretty good, he said.

"There's people through the organisation who genuinely really do care aboput what they're tryign to do and really do understand the long-term reason why we're trying to do this.

"And they can only do so much - at the end of the day you've got to understand why this is happening yourself, you know, there's only so much you can load on other people's shoulders and then there's a percentage that you've got to carry yourself."