What Now is New Zealand's most successful and longest-running children's television show and this year celebrated 40 years on air.

Rex Simpson, who created the show, says it was a platform to grow new talent and encourage kids to get off the couch. 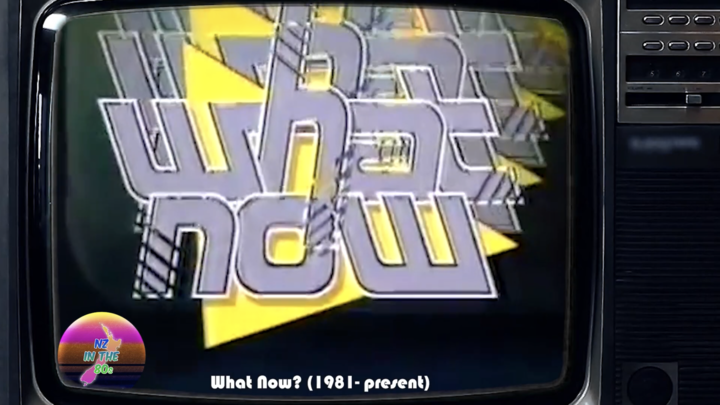 Simpson, a former presentations director, started his TV career after making a sideways shift from live radio to state television in 1976, when there were only two channels.

"I was only 21 or 22 years old at the time. There was more of an opportunity to experiment and people were more prepared to take risks," Simpson says.

Experimenting is what Simpson does best.

During his early days as presentations director, he created what he refers to as a segue slot that bridged the gap between a couple of other programmes.

That was a show called Nice One Stu about a cheeky schoolboy who gets up to all sorts of mischief.

When the segment launched, Simpson hadn't informed the executive team who were in shock when it went to air for the first time.

But while they might have been thrown by Simpson's experimental programming, the show became an instant success.

"I recall one time we went to Gisborne and it was like we were The Beatles - we had to have security guards to ensure we weren't being trampled. It was just nuts." 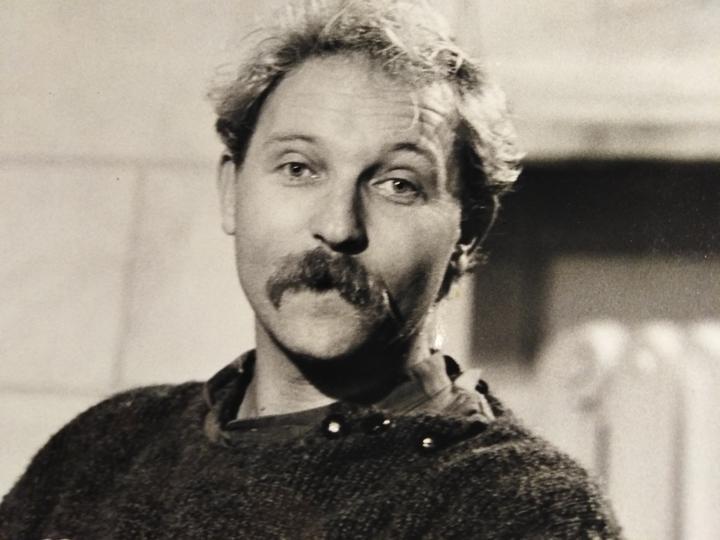 Rex Simpson, founder of What Now (circa 1980s). Photo: Courtesy of Rex Simpson

Nice One Stu's popularity gave the executive team the confidence they needed to let Simpson do what he does best - create new content.

And later, that would lay the foundations for What Now, which launched on Saturday 9 May, 1981 from a Christchurch studio.

Starting out as a half-hour show, What Now was founded on Simpson's belief that children's television should be educational, informative, and entertaining. And more importantly, it would also provide children with inspiration and ideas of what to do once they turned the television off.

The irony of making a show that encouraged kids to get off the couch while also transfixed by the show wasn't lost on Simpson.

"It was an interesting conundrum," he laughs.

Getting kids moving, especially in those early days, was a high priority for What Now. At the time, aerobics was taking the world by storm, and for Simpson, it was a no-brainer to incorporate it into the show.

In true '80s style, a leotard-wearing Diane Honeybone fronted an aerobics segment with other children in leotards behind her copying the movements, much like a home exercise video. 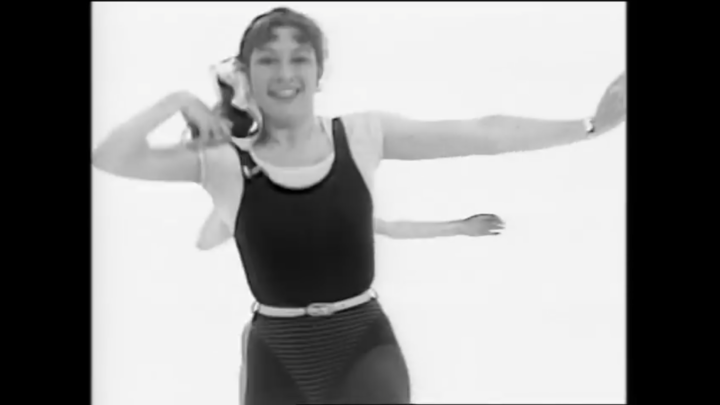 Diane Honeybone gets kids moving off the couch. Photo: What Now Tv

Simpson says there were definitely some laughs along the way.

"You were told never to work with kids and animals and we had both," he laughs as he describes the time a dog was also on set.

"One day we were recording and the dog decided to jump on Diane Honeybone's back as she continued to try and do these exercises.

"We were all corpsing in the control room and on the floor ... it was mayhem because she was continuing to do this with the dog and not crack up."

As What Now gained momentum, Simpson was keen to introduce a live-to-air element into the show, much like live radio, and this is where the presenters came in.

The show called for active audience participation which meant kids could ring in and talk to the presenter while they were also watching the show. 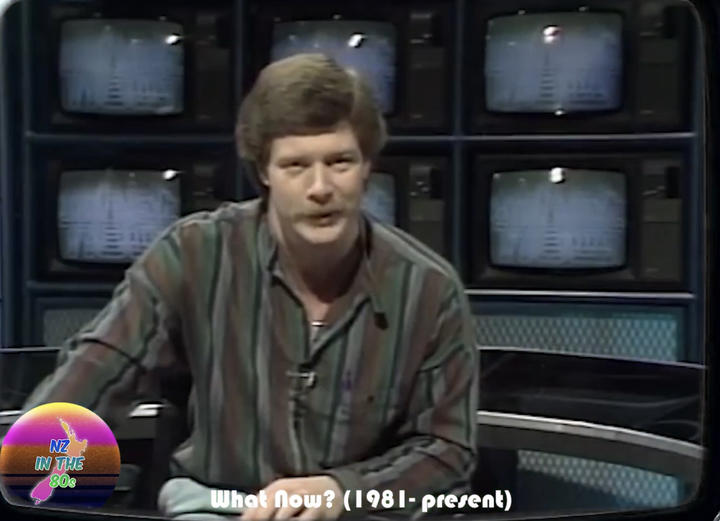 What Now's very first presenter was Steve Parr, a 28-year-old radio presenter looking to branch out into television.

"Doing live television was a natural progression," says Parr from his home in Queensland.

"I actually found it very easy because I wasn't pretending to be anyone."

When Parr started his new career in television he didn't leave the old one behind.

"Radio and television people crossed over all the time," says Parr, who recalls a sense of urgency to leave the What Now studio straight after the show finished on a Saturday morning to get to his ZM shift for a 10am start.

"There was always this mad, mad dash to get out of the studio by about 1 minute to 10 in full makeup and whatever I happened to be wearing for the show at the time."

Parr had an enduring and successful broadcasting career and fronted an array of television programmes before starting his own business, and later, heading to Queensland where he works in real estate.

When he thinks back to his early TV days, he has no regrets and says even across the ditch, he gets stopped on the street by people who recognise him from What Now and the game show Sale of the Century.

"It really was the start of a career for me.

"When Sale of the Century came along it was mentioned that 'we saw you on What Now and we know what you do."

During its 40 years on air, What Now has continued to launch the broadcasting careers of many of its hosts, including Michelle A' Court, Simon Barnett, Jason Gunn, Shavaugn Ruakere and the now-Labour MP Tāmati Coffey.

Rex Simpson says he never imagined in his wildest dreams that What Now would run for four decades.

These days he lives in Thames where he has gone back to his first love - radio - and hosts a show on CFM.

But Simpson remains proud of having had a hand in launching What Now.