What do an old train carriage, a chocolate bar, a guitar and a lawn mower have in common?

The answer: They were all involved in the making of one of New Zealand's most iconic and longest running ads, The Great Crunchie Train Robbery. 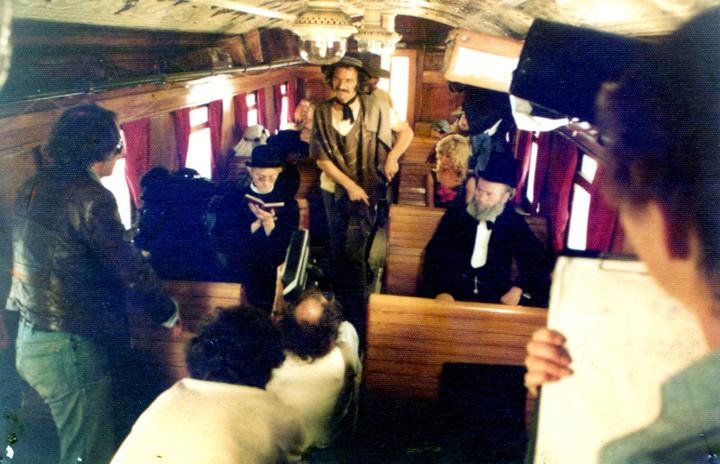 The Great Crunchie Train Robbery was an ad like no other. Photo: Courtesy of Tony Williams

The commercial was made in 1975, and according to its director there were a number of components that contributed not only to its longevity, but also its success.

"I think it was the storyline ... the way that it develops and builds and goes into the surreal," says Tony Williams from his home in Kangaroo Valley, New South Wales.

Set in the Wild West, the story was bursting at the seams with distinctive characters, interspersed with black-and-white, World War II footage and scenes from old westerns that Williams had sourced through an industry friend working at Paramount Studio in Hollywood at the time.

"I got it for next to nothing," he laughs.

The story was also action-packed and filled with the kind of suspense that kept its audience hanging on.

As for the location, it couldn't be further from the Wild West, but was filmed inside an old train carriage in Lower Hutt, just outside of Wellington.

"We put tracing paper on the windows and had lighting outside," says the veteran filmmaker whose job it was to keep the action moving.

But the hardest task fell into the hands of the helpers and assistants outside the carriage who had to bring it to life.

"Every time we were about to do a take we'd say, 'rock the train,' and these poor guys were out in the middle of the night in the freezing cold, rocking the train with their crowbars." 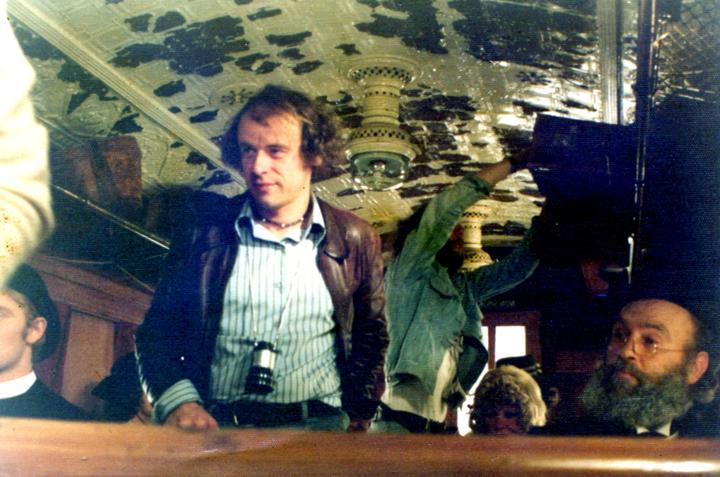 Williams recalls a fun, party-like atmosphere on the set with a cast that included young actors Bruno Lawrence and Stuart Devenie, who were in the early stages of their careers.

"You couldn't get the guns off the guys during the morning tea breaks ... they were in their characters of cowboys and were practicing their fast draws," laughs Williams.

The commercial ran in New Zealand for more than two decades and was also a runaway hit overseas, winning lots of awards.

But when the director moved to Australia in 1980, industry insiders struggled to believe that this very successful ad had been made in New Zealand.

Williams remembers visiting an ad agency and handing over his showreel. The Great Crunchie Train Robbery was right at the top of his list.

"The ad agency looked at us, and said, "Don't think you can pull the hood over our eyes, we know that this ad was made in America."

Williams was promptly escorted out with a voice trailing after him, "Who do you think you are!". While it might have been frustrating at the time, Williams can laugh about the experience now.

But another element that set this ad apart from other commercials was that the music and lyrics told the entire story.

Murray Grindlay had been working in the industry for a few years and was in his early 20s when he wrote the music. And back when he was approached by Roger MacDonnell, one of the founders of ad agency Colenso, the music often came first.

"It was like a changing of the guard and they wanted something different," says Grindlay, who had a knack for writing songs rather than jingles.

He recalls MacDonnell handing him a piece of paper with lyrics on it. Grindlay read it a couple of times and the song immediately came to life, something that has only happened three or four times in his career.

"I just picked up my guitar and pretty well played the Crunchie song straight away," he says.

Once the song was recorded, the next time he would hear it was when it broadcast a few weeks later.

"I knew it would be good and the track worked perfectly with the pictures."

Since the days of the The Great Crunchie Train Robbery, both Grindlay and Williams have seen a lot of changes in the industry. In today's environment, advertising agencies are often competing with an assortment of smaller digital companies who cross over into 'content', budgets are tighter, and there are many more hands involved in the process.

When Grindlay wrote the song for The Great Crunchie Train Robbery, he says clients had absolute trust in the agencies as 'the experts,' which meant he was involved in the song writing and mixing of entire tracks. These days, it is rare to be involved in the process from start to finish.

Williams agrees that the environment is much more challenging and far more demanding today. He says in an ideal world, there would be more freedom to let a story find its own way organically, rather than the creative process being stifled and blocked along the way.

"There's no room for spontaneity, no room for improvisation and you have to lock down every second and half second of what's going to appear," he says of the process.

So could an ad as iconic as The Great Crunchie Train Robbery be born under the current environment?

"I don't think you could make an ad like that today, all the spontaneity would be lost," says Williams.

Listen to the podcast to find out more about how the advertising industry has changed, what it was like for Tony Williams to be on set for the first commercial filmed in New Zealand, and where the lawnmower fits into the history of The Great Crunchie Train Robbery.