My father Harry Benjamin came from Westport, and after finishing high school in 1946, he started a pharmacy apprenticeship. He soon purchased a new camera and began to click away on black-and-white film.

When I went through the pile of photos and negatives from dad ’s youth, one photo stood out: three rows of well-dressed, young men smile at the camera.

It had been taken inside what looked like a pub. Dad’s in the middle row, laughing as he squeezes in between two of his friends. All of them wear medallions with long white streamers.

What was going on? 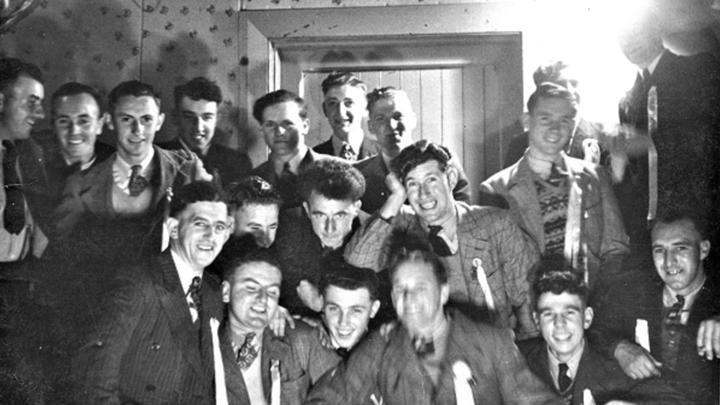 Because dad died young, I couldn’t ask him to explain. So I showed the photo to Brian Collins, one of his closest friends from Westport.

The image had been taken in 1949 on a rugby trip, and most of these lads played for Westport’s Old Boys Rugby Football club. They were there to support Buller, a minor union, in their attempt to take the Ranfurly Shield off Otago. They had travelled for 17 hours on an overnight excursion steam train to Dunedin, as few people in Westport owned cars back then.

Buller supporter, Jim Kissell, was 19 and worked in the Forestry Service in Invercargill with Brian. Together they met their weary Westport friends as they alighted at the Dunedin railway station around noon on Saturday 30 July. They then gathered at a nearby pub.

A young woman, 23-year-old Vera Cooper had also been on the train trip with her fiancé, Bill Cargill, and five others. She grew up in Millerton, a coal-mining town outside Westport and knew many of the Buller players who had gone to Granity High School with her.

During the long and noisy journey from the west to east coast they got little sleep. Instead, they had singalongs ‘and there were lots of laughs’. 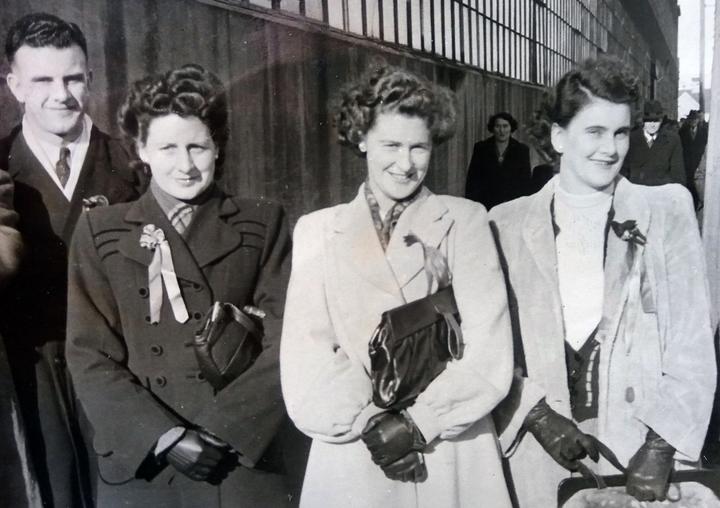 Vera had packed her make-up bag, scarf and gloves, as well as a warm ‘brown coat with velvet trim… all rugged up for the weather.’

On arrival in Dunedin, Vera and her friends freshened up at the Central Hotel, then walked to Carisbrook. It was there that a photographer snapped the attractive Buller women entering the ground. The photo later featured on the front page of the Sports section.

The game turned out to be a tense battle, particularly in the second half of the match.

Jim Kissell says the stand-out players for Buller were the ‘country’ boys,"They were rugby players, probably brought up playing soccer up on the mines."

"Old Geordie Anderson used to have a few pints before he played." 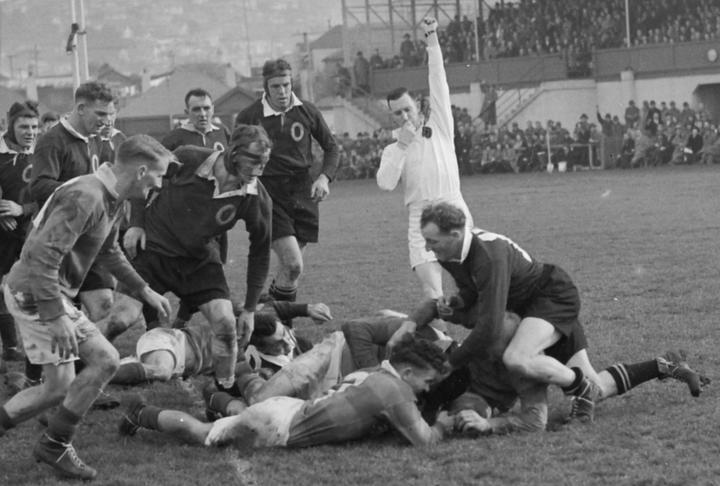 Hear more about the epic journey, and the match, in the latest episode of Eyewitness.