Eyewitness: 10 years on from Napier Siege 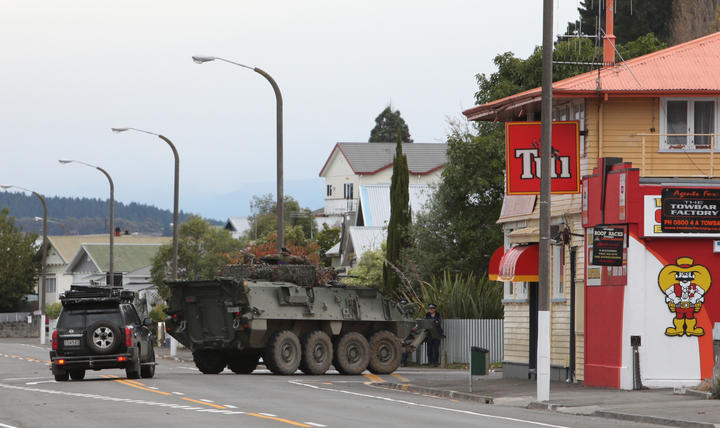 It's been ten years since Lenny Holmwood was shot by his mate but he remembers it like it was yesterday.

Lying on the cool pavement of Napier’s Hospital Hill he could see bullets spark as they hit the concrete and hear the cries of wounded police officers.

It was here, enveloped in chaos, he sent a famous text about his cat Scrappy that marked perhaps the only light moment of the Napier Siege.

What ensued was a 51-hour standoff between police and gunman Jan Molenaar after a routine search warrant went horribly wrong.

7 May 2009 was a crisp autumn morning when Senior Constables Grant Diver, Bruce Miller and Len Snee knocked on the door of 41 Chaucer Road. They suspected Molenaar was running a small dope growing operation so, search warrant in hand, they knocked on his door. Molenaar’s partner, Delwyn Keefe, let them into the house. Lenny isn’t far behind them; popping over for a cup of tea after a boozy night out. 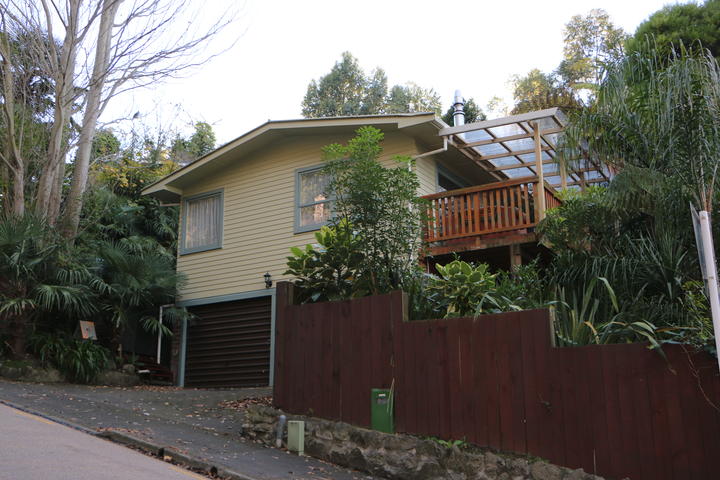 Molenaar was out walking his dog and by the time he returned, the police officers had found cannabis plants and a sawn-off shotgun in his basement. Lenny is with Delwyn in the kitchen when Molenaar arrives home and the situation kicks off.

In Lenny’s words, “it exploded”.

Molenaar becomes immediately angry and disappears down the hallway; returning with a rifle, he orders everyone out of the house. Outside, things seem to have de-escalated. But in fact, they’ve only just started. Jan Molenaar’s eye follow Constable Snee as he reaches the roadside. 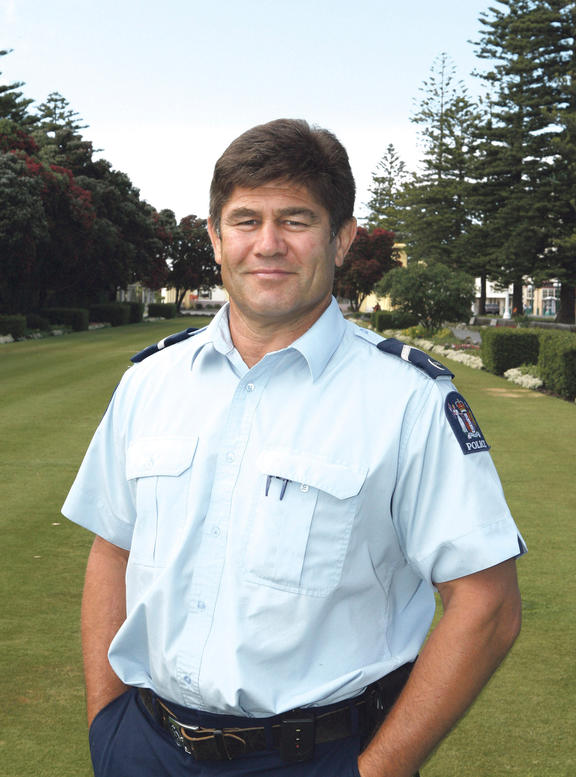 As the police officer turns to face the house, Molenaar takes aim with his telescopic rifle and shoots. Lenny watches in horror as Constable Miller is hit in the back and a bullet tears through Diver's forearm, lodging in his stomach.

Lenny's memory gets patchy here, there are seconds and movements he's lost over the years, but the next thing he remembers is Jan Molenaar standing in front of him.

"I heard the moans of the officers up the road. I looked at them over my shoulder and as I looked back the barrel was swinging past me towards them.”

Lenny grabbed the barrel of the gun and swung it away; his scrawny frame struggling against Jan Molenaar's bulky figure. As the pair struggle over the gun, Constables Miller and Diver disappear up the hillside. Lenny's actions saved their lives. "My wrestling the gun gave them the ten, 20 seconds they needed to get out of line of sight,” he said.

A bullet strikes the footpath and then Lenny is hit. When he tries to get to his feet his left leg collapses. Molenaar returns to the house, giving Lenny a chance to take in what’s happened. Lying metres away from him is Len Snee; he's been shot at least twice, once at close range.  Bullets fire overhead as Lenny Holmwood dials 111.

After he makes the call he can only watch and wait, helpless. "He was just struggling. You can hear the breath going and then you hear the last sigh when everything gave way. For me that was the hardest part of the day; watching someone fade and not being able to do anything."

By complete coincidence, Hawke's Bay's top police officers are all at the Napier War Memorial Centre that morning. Eastern District Commander Sam Hoyle gets a call before he goes in and takes immediate control. An operation command centre is set up at the old Napier Police Station and an AOS squad is deployed to Hospital Hill. 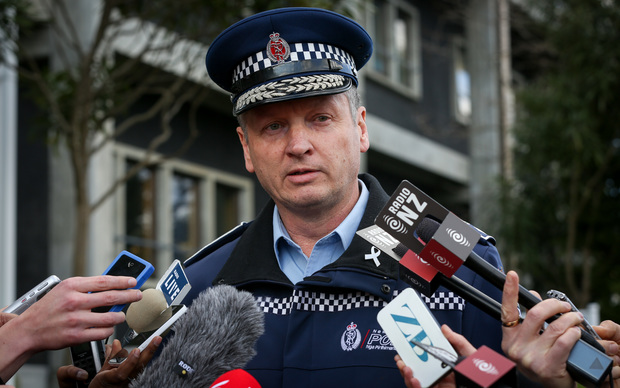 Inspector Mike O'Leary heads to the scene as the forward commander. Rounding the top of the slope locals call 'Breakneck Hill', he can hear the gunfire clearly but can’t see much. As he gets to work a car with bullet holes in it pulls up.

Amazingly, Bruce Miller is inside. One of the first police officers on the scene, Detective Sergeant Tim Smith had gone down Chaucer Road, unarmed, and used the car to rescue Miller. AOS officers moving down the hill were able to rescue Grant Diver and Lenny Holmwood; all under rapid gunfire.

After Lenny, Bruce and Grant are on their way to hospital, the only one left is Len Snee; his body is at the base of the hill. Mike O'Leary said Len would have wanted them to be safe.

"AOS training kicked in and they know that Lenny would have said 'Do what you have to do. You can come back to me when you need to.' It's obviously extremely hard for any police officer to leave one of our own fallen but there was no alternative short of losing further lives." 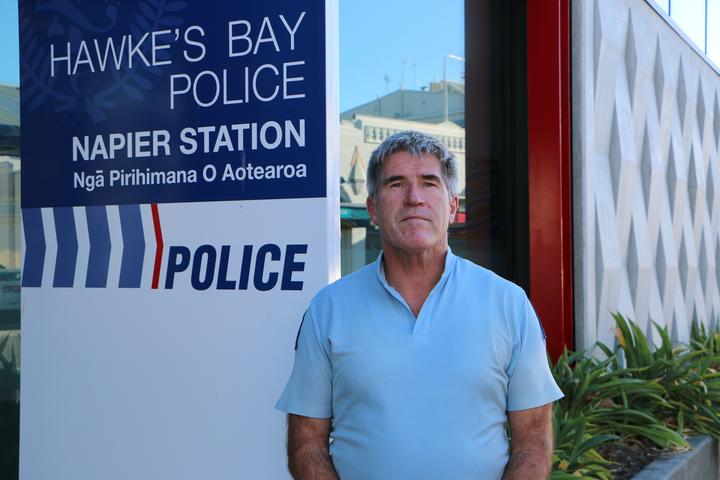 Molenaar holed himself up in his house; firing off rounds as a negotiation team was brought in. The negotiation team tried to contact him by landline and cellphone without luck. Eventually, they ask his partner Delwyn Keefe to speak to him. She calls around 11pm. He sounds tired and depressed but defensive. The siege continues.

The shooting made headlines immediately; reaching people who had tuned in to hear the latest in David Bain's retrial. As the first few hours ticked by, reporters from around the country flew to Napier to file news from the field, adding a layer of complexity to the police operation.

It was a national story but Sam Hoyle was only concerned about the eyes and ears of one individual - Jan Molenaar.

"I was well aware that he was probably [watching]. We had conversations early on with some of the media outlets who were filming AOS officers on the hill that they were inadvertently, potentially giving their position away."

In the end negotiations failed. Jan Molenaar shot himself in the head on the afternoon of the 8th of May. The police waited a full day to make sure it was safe to enter the house. The siege was finally over.

Sam Hoyle said it wasn't the outcome the police wanted. "That was, in one respect, a disappointment for me because I would have dearly loved to see him be held to account. The negotiators had spent so many hours with him and I think they and I felt a bit cheated at the end of that." 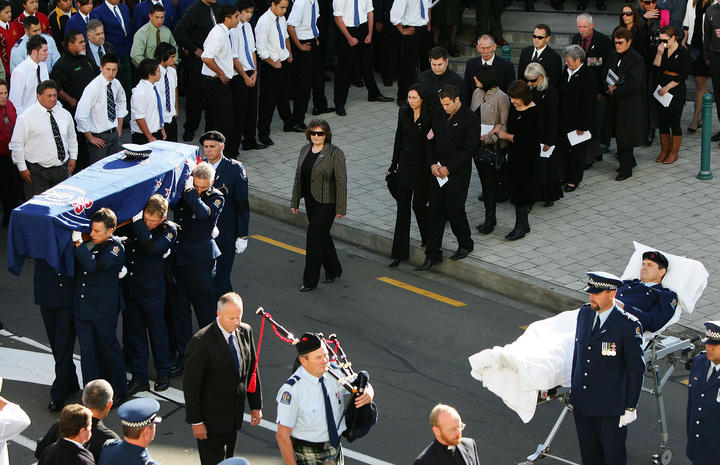 A husband, father, rugby player and a mate to many, Len Snee had been a cop for more than 30 years and meant a lot to his community. Thousands of people turned out for his funeral a few days later; a New Zealand flag was draped over his coffin and his police cap sat on top of it. Still injured, Grant Diver watched from a hospital bed as the casket was carried past him.

Investigations after the siege found Molenaar house was more a fortress than a home. He had stockpiled ammunition, wired up door handles and punched holes in walls so he had a clear shot if anyone entered the house. Molenaar had given up his gun license 15 years earlier and had built an illegal cache of 17 firearms.

Mike O’Leary said police didn't know this when they knocked on his door. "What we need from the public is if they know something about someone they need to tell us because the police don't know everything."

In his 2010 report, Coroner David Crerar said a major failing in both deaths was the lack of intelligence the police had on hand. He said it was clear people knew about Molenaar's cannabis, knew about his firearms and knew he could be violent and unpredictable but no one said anything.

Coroner Crerar called for a review of the Arms Act but it didn't happen. Most of the firearms found at Jan Molenaar's house were high calibre or semi-automatic weapons that had no legitimate use. You need a special license for these nowadays.

On the tenth anniversary family and colleagues of Len Snee gathered at the Napier Sailing Club to remember him. Sam Hoyle was among the police officers dressed in their number ones. He’s been the Wellington’s District Commander for five years now.

He doesn’t believe stricter gun laws would have stopped Jan Molenaar that day in Napier. "What will be different in the future, with the new approach to legislation, is that there are less of these of these high-powered semi-automatic weapons in circulation which will make them harder to procure illegally. So that will be a positive movement forward."

An unsuspecting hero, Lenny Holmwood was awarded a Bravery Star for his actions. A group of police officers, including Detective Sergeant Tim Smith, were also given the award. Ask Lenny and he’ll tell you he’s copped grief as well as honours. Down a quiet street in Maraenui, you’ll find him pottering in his garden and spending time with his dog, Kūkupa. It’s a life that’s a far cry from the drama of the Napier Siege but his memories will never leave him. 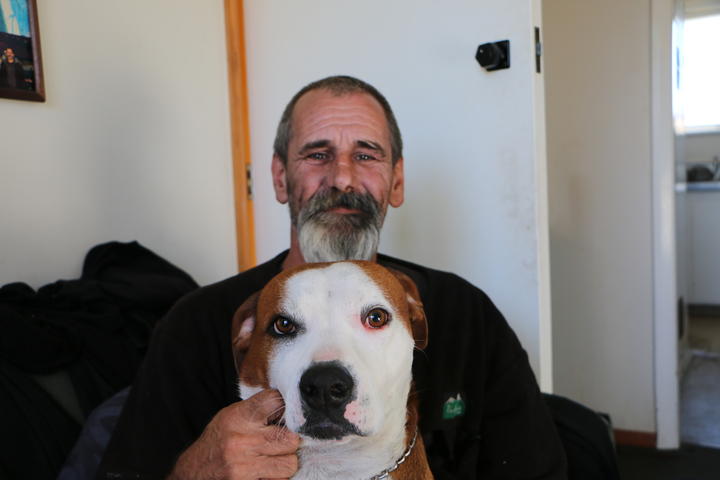