'The strap' - corporal punishment at school in New Zealand

It was a time many of us would like to forget. Less than 30 years ago, teachers in New Zealand had the legal right to physically punish their students for bad behaviour and some of them were more enthusiastic about it than others. 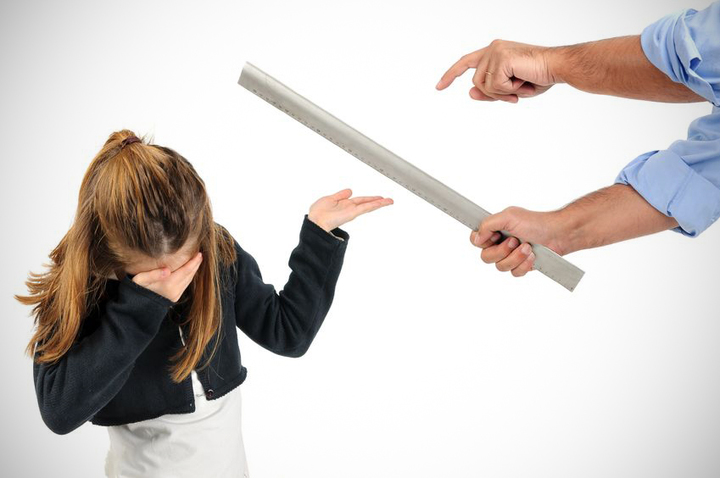 Poet, rapper, author, performer, Auckland artist Dominic Hoey mines his life for his material. This poem, which he performs live a lot, is about what he calls his “awesome education”:

our teacher was a thick-necked sadist.

and wore big wet eyes on his stupid pig face

he taught a master class in the joys of violence

all were answerable with

Dominic goes on to describe how one day this “thick-necked sadist” loses control and his beaten victim escapes from the class. Everyone settles back down to work until a man in a red jacket arrives. He wants to know if the teacher hit his son.

and dragged him from the classroom

we all leapt to our feet

ran to the windows

our sticky fingers pressed to the glass

as the man in the red jacket beat the living shit

out of the teacher

'kill him, kick his face off'

when our teacher returned his face was a rotten mess

he never did grow back to his former size

and the man in the red jacket

The name of this poem is 'Kill Him'.

Dominic has other not-so-fond memories of school.

"I remember one time not spelling something properly and getting kicked, really hard, in the base of the spine...getting thrown across the room by the neck ... but yeah, a lot of kids got it worse than me." 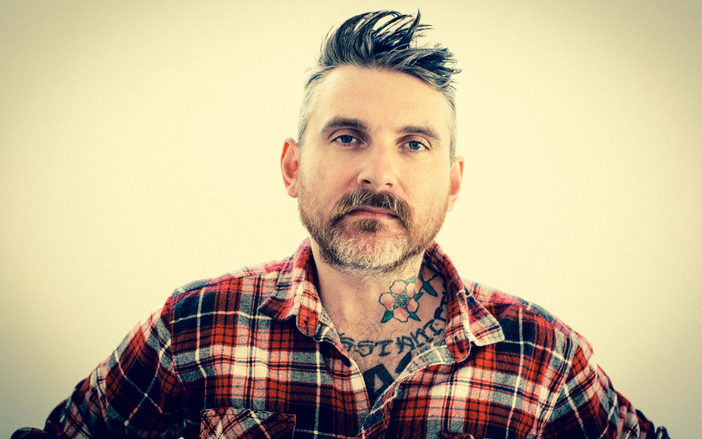 No one’s saying this was standard behaviour for teachers, but most New Zealanders in their mid-30s and older can remember teacher-led violence at school – because if you were thinking this all took place a long time ago, think again. Dominic was at primary school in the 1980s. The late 1980s.

When RNZ asked our audience to share their memories of corporal punishment, they flooded in. We received literally hundreds of responses, almost all condemning the practice.

Only three responses were in favour, and one of them was from an ex-teacher.

I ask Dominic if receiving corporal punishment ever helped him to learn.

Until 1990 teachers in New Zealand schools had the right to use what the law called reasonable force to discipline students. Although it would be difficult to describe what Dominic experienced as “reasonable force”.

And yet for the longest time, that’s what many teachers, loads of parents and, to be fair, a few kids, felt about corporal punishment in New Zealand schools. Getting the strap, the cane, a ruler, on your bum or your hand, was just an unavoidable hazard of school life; a short, sharp shock to pull you into line and get you back to work. Never did anyone any harm, did it?

Corporal punishment had been in state schools since they started in the 1870s. Our model was the British system, the cane came with it and generations of lucky kids got to feel its education-enhancing effect.

But the move to ban corporal punishment has been around since ages ago, too. The Post Primary Teachers Association, or PPTA, was founded in 1952 and just three years later, they voted on whether it was okay for prefects to cane younger students. They decided that it was.

In 1961 the new Crimes Act included a section that would become famous again in the 2000s. Section 59 permitted every parent and every schoolmaster the right to use force by way of correction “if the force is reasonable to the circumstances”.

Teachers continued to question the use of the cane. In 1964 Cambridge High banned it altogether; Burnside High in Christchurch followed 10 years later. From 1970 onwards, the Department of Education began urging schools to find other options. Otara’s Tangaroa College opened in 1976 and never had corporal punishment. Detention, suspensions and expulsions were used instead.

In 1975, Education Minister Phil Amos, a former teacher, called corporal punishment an “abomination”. Could its ban be very far away?

Shona Smith (Shona Hearn as she was then) started her teaching career in the 1970s and eventually became the head of the PPTA. But back then, most of her colleagues were men and by sheer numbers, they dominated both schools and the union and largely, they wanted the right to cane. 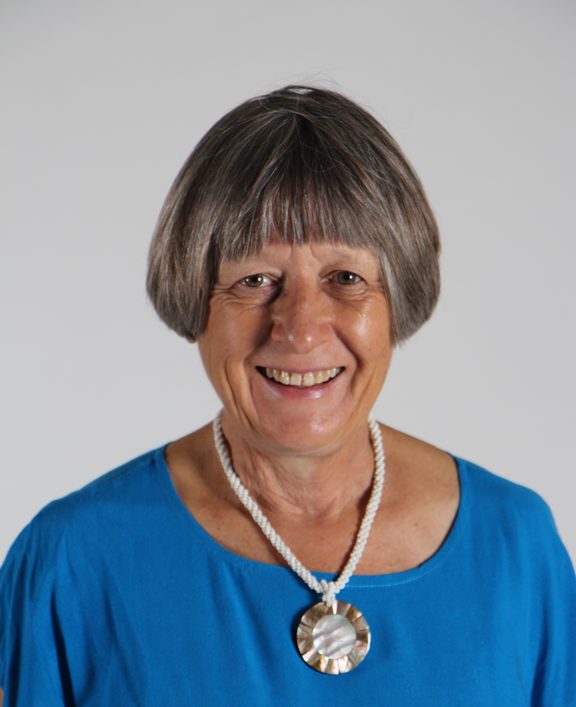 Shona didn’t, not that it mattered. As a newbie, and a woman, she wasn’t allowed to punish her students. A senior male teacher did that.

"I did have conversations with boys who said to me that I couldn't be as powerful or as important - or effective - as a male teacher," she said.

"Because I couldn't hit them."

There were rules. One… every punishment was supposed to be entered into a log and, two… be witnessed by another teacher. That was the rule if not the practice.

Three… most schools didn’t cane or strap girls. Just as men had the duty to give the strap, boys had the burden of receiving it. Some boys ran bets with each other to see who could get strapped the most; the majority of us, like me, kept our heads down and our backsides out of trouble.

Shona thought it was all wrong; the sexism, the undermining of her authority, and the reinforcement of an outdated idea of maleness.

"Might is right. In the end, if there needs to be punishment, it will be physical and it will come from a man."

The argument was that this was the only way we can keep discipline in our classes, and this view had sincere believers among many good teachers. Nearly, but not quite as many, good teachers disagreed. But every time the PPTA put it to the vote, members opted to keep the cane.

A new tactic was needed. A group of teachers and parents formed a ginger group called CAVE, Campaign Against Violence in Schools.

CAVE adopted guerrilla tactics to win a hearts and minds campaign. School punishment books were "borrowed", their contents analysed and made public. Predictably, they showed that the same students were being caned over and over again. As a deterrent or a corrective, it was hard to argue that corporal punishment worked.

Parents also shared photos of the injuries their children had suffered after receiving corporal punishment. The goal was to persuade teachers, parents and the government that banning the cane was possible and desirable and would result in less violence overall in schools.

In 1984, Labour’s new education minister Russell Marshall made it clear he thought the days of corporal punishment were done. And at their 1985 AGM the PPTA voted overwhelmingly to abolish it.

The tide looked to have turned.

On 23 July 1990, section 139a of the 1989 Education Act became law and corporal punishment was no longer allowed to be used by anyone employed by, supervising or in control of a school. It was a big win. But Shona Smith wasn’t impressed.

"By that time, we'd already shifted the culture. Almost no schools were using corporal punishment."

Shona puts it down to a more cynical reason. Labour was heading for a big defeat in the upcoming election and may have been looking to claw back a few votes from disgruntled teachers.

It didn’t work. Labour was crushed in the election and while the incoming National government pledged to take a look at reintroducing corporal punishment, they didn’t do it. Prime Minister Jim Bolger said we were “past all that”. 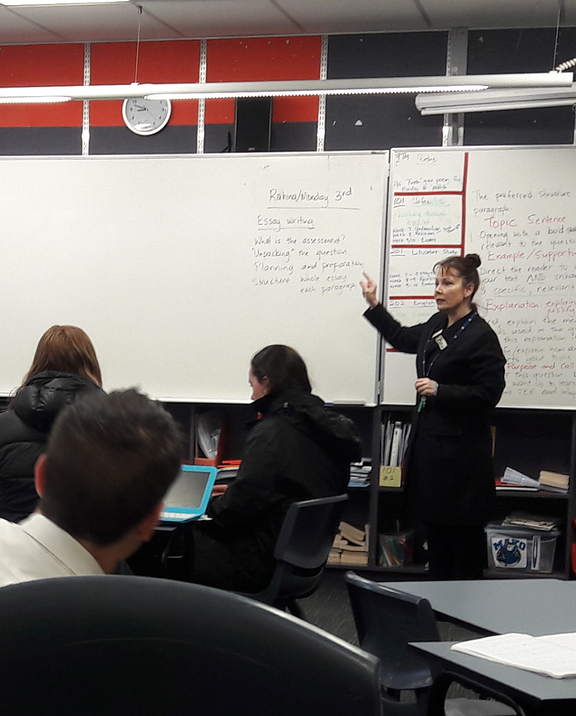 Tania Kelly Roxborogh is a secondary school English teacher in Christchurch. She was strapped at school and began teaching in the last year corporal punishment was still legal. Tania is enthusiastic about the way teachers deal with bad behaviour now. Schools are much better places, she says, since the strap disappeared. But kids haven’t suddenly become angels.

"I don't think there's any more (violence). I would say generally students are more ready to challenge, to question and less compliant.

"That acceptance of respect because someone is in authority over you, that's not as obvious to me now."

"Today teaching really is about building those positive relationships (with students), focusing on the learning, helping them to grow.

"We couldn't even start to do that until corporal punishment was gone."