Welcome to 1987, where businessmen are Rock Stars, investing is the new black - and a crash in the share market is about to change everything. 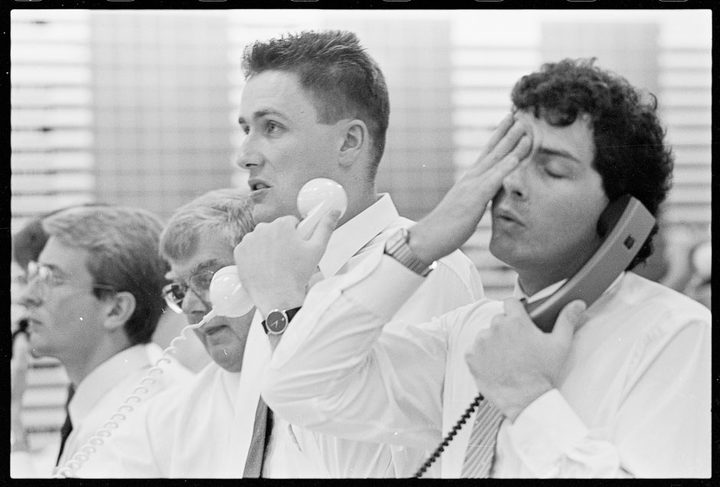 A conversation at a dinner party nowadays is likely to turn, at some point, to house prices. Who’s made lots of money, what’s happening to prices and who can’t afford one.

In the 1980s, you can substitute out 'property' and replace it with 'the share market'. That’s not a topic that has ever been dinner party fodder for my generation; it’s generally left to finance professionals and the already-wealthy. But 30 years ago, it was a different story.

The newspaper headlines were dominated by stories of share market wins instead of phenomenal house price gains. Share clubs, where everyday people got together to pool their money and invest in the stock market, were a dime a dozen. Mercedes Benz were flying off the lot and Moet champagne was in hot demand. The share market one year went up 99 percent, another year it was up 116 percent. Market mania took hold.

John Douglas was in his late 30s back then; a school teacher, father of 5, and a small-time investor with his share club. He remembers lots of talk about how much money people were making on the market.

There was quite a lot of hype around it.  John Douglas.

“I remember some people going off for lavish weekends because their share club was doing particularly well, so they’d spend the weekend doing some sort of exotic thing, or so it seemed to us anyway”.

Veteran business analyst Brian Gaynor was a stockbroker in the '80s and says everyone wanted a piece of the action, from taxi drivers, to customs officers, pilots, even schoolboys.

These days, companies’ annual meetings are typically populated by retirees, there for the tea and biscuits and a bit of a question and answer session after the presentation. Brian Gaynor says that couldn’t be further from a typical meeting in the 1980s, when businessmen were almost on par with rock stars.

“For example, Brierley Investments had over 200,000 shareholders and at the annual meeting there’d be 1500 people there. The meeting started at 3pm…

"…and at 11.30 that night, there’d still be four or five hundred people there drinking wine and queuing up to talk to (founder and chief executive) Ron Brierley."

The mania surrounding the share market came with its pressures however, and in January of 1987 Brian Gaynor decided to quit stockbroking.

“I’m not saying that I predicted that the sharemarket was going to crash like it did in October of that year, but certainly it was totally and utterly unrealistic what was happening.

It was on 19 October 1987 that the bubble burst, a day that has become known as Black Monday. Bad economic data prompted the biggest one-day fall Wall Street had ever seen, wiping some US$500 billion off the value of shares. 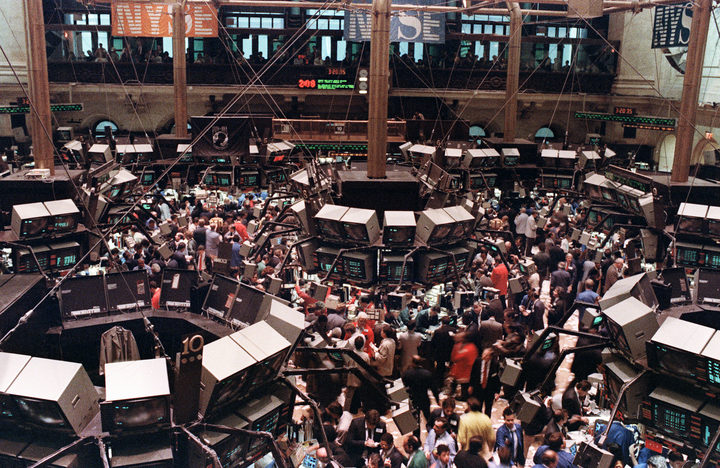 A view of the floor of the New York stock exchange where the Dow Jones dropped over 500 points, 19 October 1987. Photo: AFP

New Zealand’s share market was the first to open after Wall Street closed for the day. It was Tuesday in this part of the world, but no less black. As TVNZ’s John Hudson reported on the news that night “Investors bailed out, putting the chalkies in high gear, and the market in freefall”. 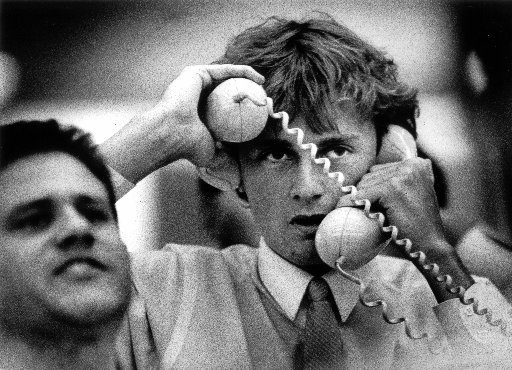 That freefall saw the whole New Zealand market fall 22 percent over the day, and while some thought that meant there were bargains to be had come Wednesday, they were wrong.

Tony Gibbs was a senior figure at Brierly Investments at the time, with a healthy share portfolio of his own. He remembers that day clearly.

“You went to bed with a company worth a dollar and you woke up and it was worth 40 cents, and it wasn’t any better the next day, or the day after that, or that.

I think by Friday there were a lot of very worried people  Tony Gibbs.

In fact it wasn’t any better for years to come. Because so many small-time investors - the so-called ‘mum and dad’ investors - had been enticed to invest in the sharemarket’s gains, the pain was widespread.

Tony Gibbs has a theory about the number of people the crash ended up hurting.

“Let’s assume I had 10 friends, I would say two went penniless broke, another five - of which I was one - lost money, and the remainder would have escaped”.

Borrowing money to invest in shares was common at the time, a practice which exacerbated both the impact on people’s finances and the fall of the market as lenders called in their loans.

Tony Gibbs says some people were so badly affected they’ve never been tempted back.

“I’ve still got friends today, my age, and I say to them ‘you got a portfolio?’

“I was talking to one the other day, a very well-known businessman, he said ‘are you mad? I haven’t had a share since the ‘87 crash and I don’t want one’.

“There’s a lot of people like that out there”

The fall was so significant and so drawn out the sharemarket only started to recover from it in the early 1990s. Technically the key index is still 7 percent below where it was 30 years ago.

The market today bears little resemblance to how it looked in the 1980s; there’s an entirely new crop of listed companies in the top 50 index and Kiwisaver, better regulation and a generation who simply don’t remember the ‘87 crash have helped breathe new life into the market.

However, the share market has never regained its dominance as the investment, or dinner party topic of choice, and share clubs never seem to have taken off again. 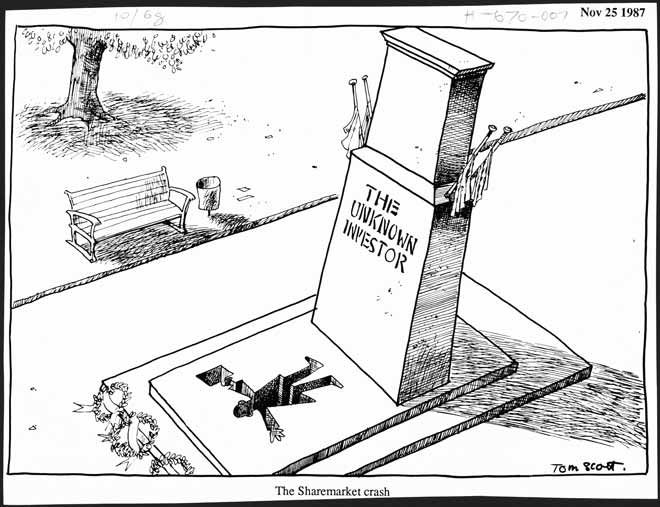 This story was produced by Nadine Higgins and used archival audio from Ngā Taonga Sound and Vision and images from the Alexander Turnbull Collection. You can subscribe or listen to every Eyewitness podcast on iTunes or at radionz.co.nz/series.