The Show Did Go On

In 1992 a sudden financial crisis forced the Mercury theatre to close in dramatic fashion. Auckland Theatre Company rose from its ashes. Actor/director Simon Prast was there and recalls the sudden upheaval for Eyewitness producer Justin Gregory.

The Auckland Theatre Company has a brand new home. 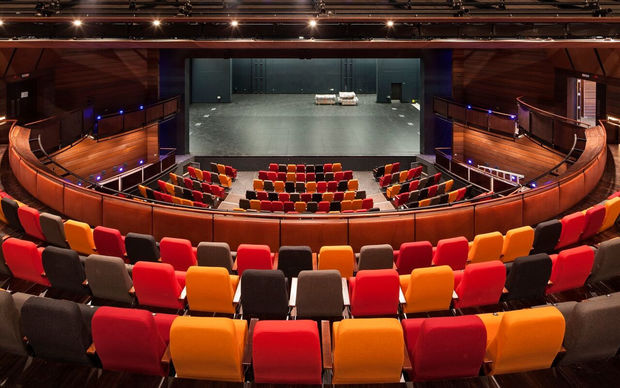 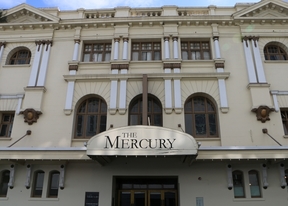 The curtain has gone up on the $36 million ASB Waterfront Theatre, a 660-seat venue purpose-built for Auckland Theatre Company.

ATC, as it's known, turns 25 next year but until now has had to hire venues to stage its productions. Opening its own theatre is a significant milestone for what has become the largest professional company in our biggest city.

ATC rose out of the ashes of The Mercury Theatre, Auckland’s original professional theatre company.

In 1992 a sudden financial crisis forced the Mercury to close in dramatic fashion. Actor Simon Prast was there and he recalls that day for Eyewitness.

The day the doors closed:

“Upstairs in the smaller theatre called The Gods we were doing a play called, rather ominously, Glorious Ruins. Simultaneously, on the main stage, we were doing The Rose Tattoo by Tennessee Williams."

"I was preparing myself for the early show when all these men in suits came running downstairs into the dressing room and they asked us to collect up our personal belongings and leave the building.'

“By the early 1990’s Auckland was going through a change. The Aotea Center had just been built and new musicals from overseas were coming through. The Mercury relied upon (its) musicals to subsidise the rest of its programme. If they should not deliver then it really put the whole operation at risk. Once the Board found it was in a certain position, it legally couldn’t continue."

“For about seven days we kept on meeting (as a company) until finally word came through that it (The Mercury) was going to be placed into liquidation. I was not at all well prepared for sudden, instant redundancy. It left a lot of people in a very precarious position."

"And of course, it wasn’t as if we could just go and work at the next professional theatre company in Auckland – because there wasn’t one!"

“That night it was like a huge wake where everyone got extremely drunk… singing songs… it’s very vivid in my memory.

"Raymond (Hawthorne, ex-Mercury Theatre and Theatre Corporate director) pointed across the room at me and said, ‘That man could run a theatre company!’”

"I thought, ‘Sure, Raymond!’. If something could be made out of this ghastly situation that we all found ourselves in then I was on the case."

The start of Auckland Theatre Company:

"Auckland and yoghurt; what’s the difference? At least yoghurt’s got a living culture." “There were a lot of things that were conspiring against a professional theatre company in Auckland. We spent a lot of time in that first year just talking. And there was a lot of talking that needed to be done. What is going to be the first thing, and where are you going to do it and when? And that was what the first year was, from March the 19th 1992, to March the 19th 1993, it was actually a year to the day from when the Mercury closed to when we opened the doors at the Watershed (Theatre) on (the play) Lovelock’s Dream Run.”

“It wasn’t just about putting on plays. You always keep on feeding the profession. Eventually we were able to introduce a Second Unit programme and programmes for new writing; all the things I think which a theatre company should be beyond the ‘sign a contract, put on a play, thanks for coming’."

The Legacy of the Mercury Theatre and the opening of the ASB Waterfront Theatre:

"I don’t have bitter thoughts about it. It was a beginning, not an end."

“In my lifetime I can remember them pulling down His Majesty’s (Theatre) in the dead of night. I’ve been through the closure of Theatre Corporate AND the Mercury and so my experience has been that in this town we close theatres, we pull down theatres. The fact that we’re building a structure in Auckland that is going to be a theatre…I think it’s an amazing thing." 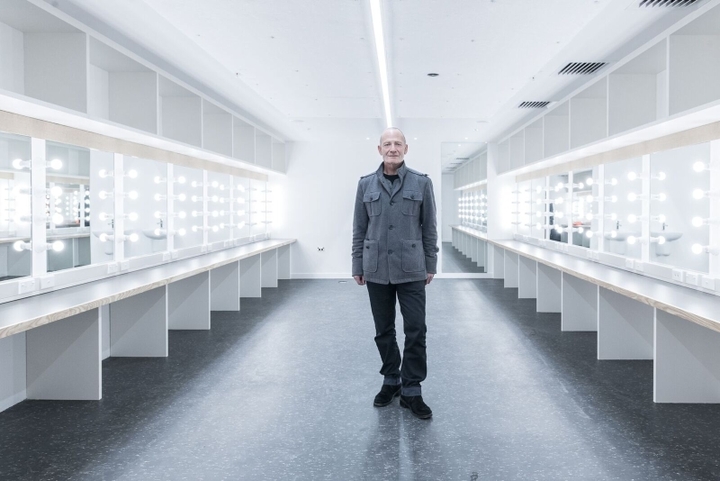