Mark Cunningham – known as Marko to the locals in Thailand – is a Kiwi from Upper Hutt. Marko survived the Boxing Day Tsunami in 2004 and joined local volunteers to collect bodies.

These day's Marko is an English teacher by day, and an Emergency Medical Technician by night with Bangkok's volunteer rescue charity. Nan Sirisamphan is in Bangkok to learn more about this altruistic Kiwi. 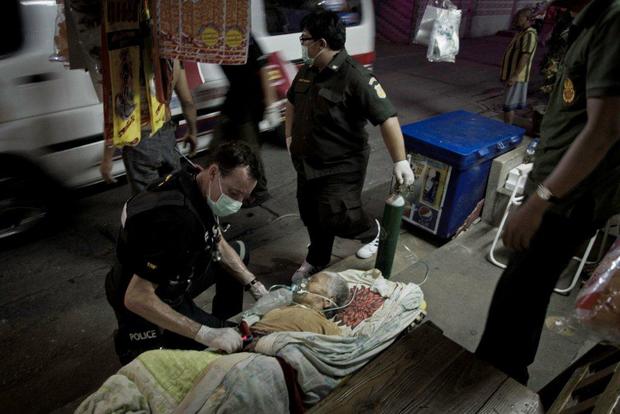 Waiting to rendezvous with the ambulance after transporting the patient through the slums. Photo: Nan Sirisamphan

Marko is a ‘Farang’, a lone westerner amongst his Thai volunteer family. Under a layer of bulletproof jacket and an assortment of emergency radios, the Kiwi from Upper Hutt stands at approximately 6’ tall. An English teacher by day, he switches to a life less ordinary by night.

‘Marko’ as his fellow Thai volunteers know him, is an Emergency Medical Technician and former body collector with Bangkok’s volunteer rescue charity, The Ruamkatanyu Foundation. His duties vary from delivering babies in the back of taxis, to transporting sick elderly patients from squalid slums, to being the first on the scene of a murder investigation.

The rush was on to get all the bodies out of the sea - Mark (Marko) Cunningham, eyewitness, 2004 Boxing Day Tsunamis

In 2004, the Indian Ocean Tsunami devastated the south coast of Thailand. Without hesitation, Marko joined Ruamkatanyu in their efforts to collect the deceased. Spurred on by his sense of duty and a daily overdose of energy drinks, he spent his days in heat and humidity, collecting bloated bodies amongst wreckage that was once homes, stores and holiday retreats. Refrigerated vans, brought in to save the bodies from further deterioration, acted as a welcome solace from the heat – so much so that Marko would be found sleeping inside the van amongst the corpses.

WARNING: the graphic content of some of these images may be disturbing for viewers. 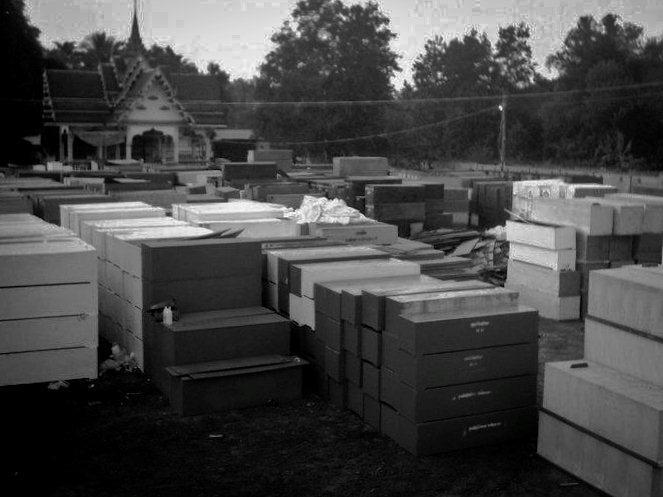 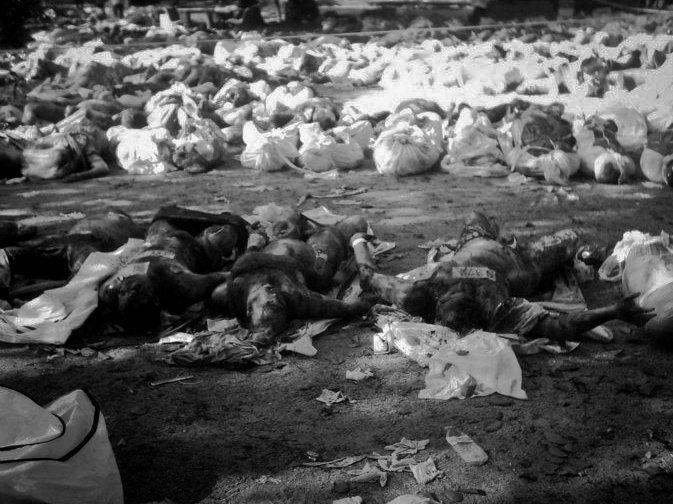 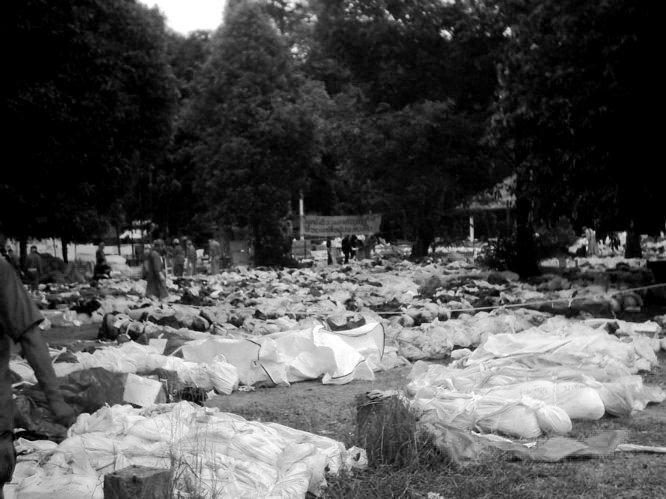 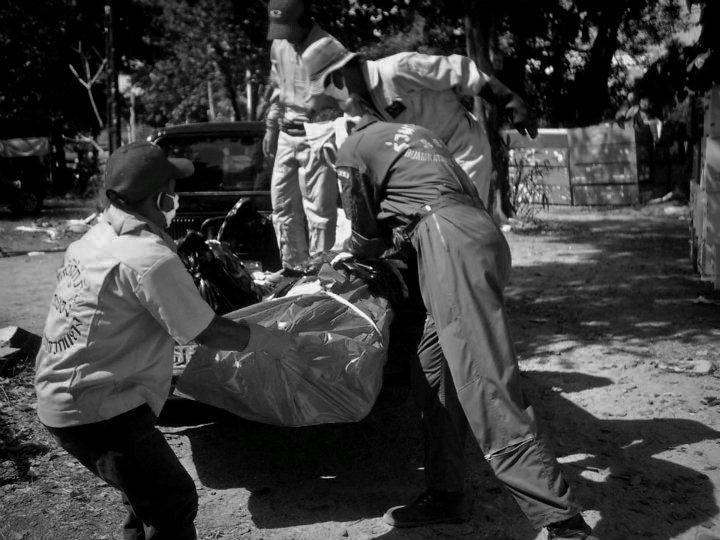 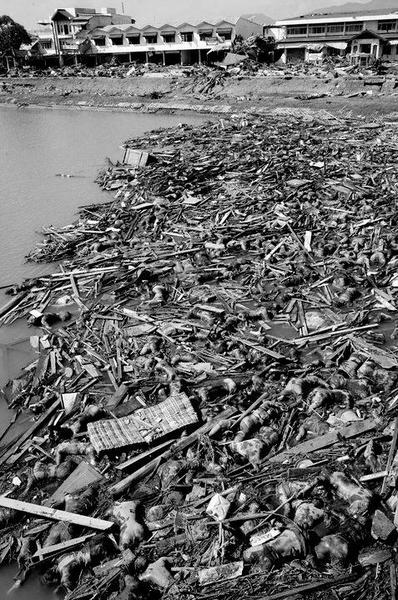 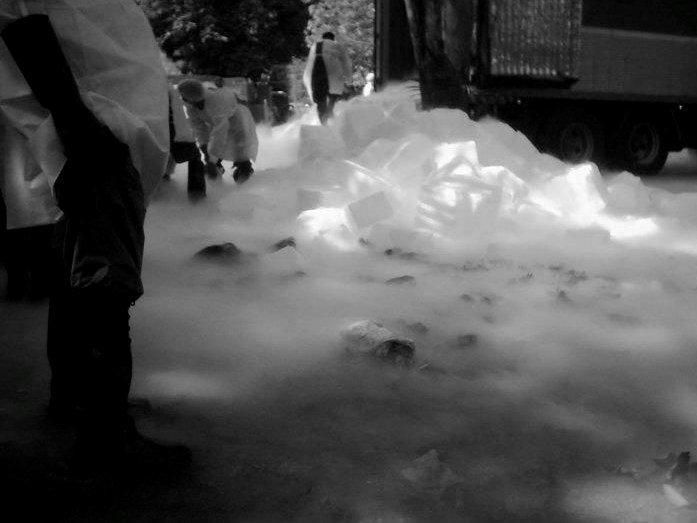 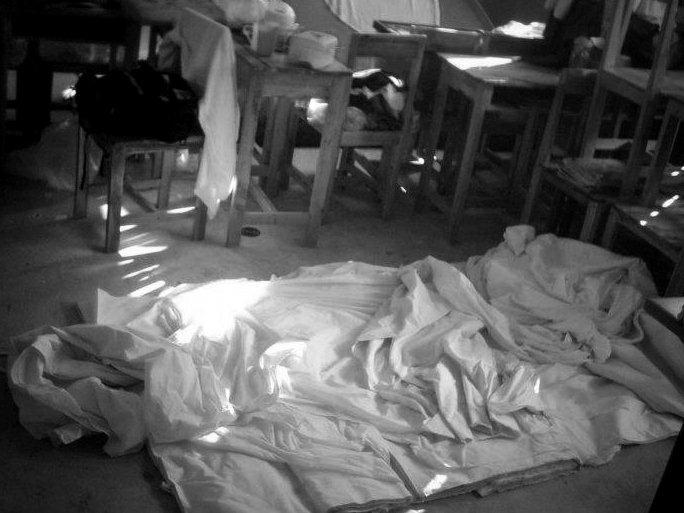 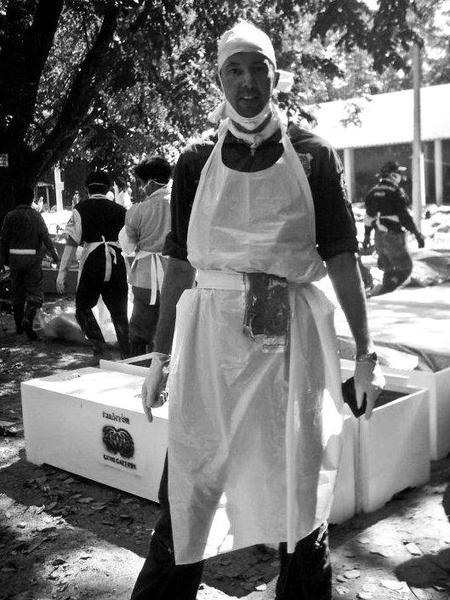 After the tsunami, there was no leaving his newfound family and Marko was welcomed permanently into the Ruamkatanyu Foundation, where he continues to volunteer today.

In Bangkok, a city of more than 8 million people with a notorious reputation for gridlocked traffic, it is simply impossible for the underfunded public ambulances to cater to every emergency call. Instead they rely on the volunteer services, such as Ruamkatanyu to cover the majority of accidents. 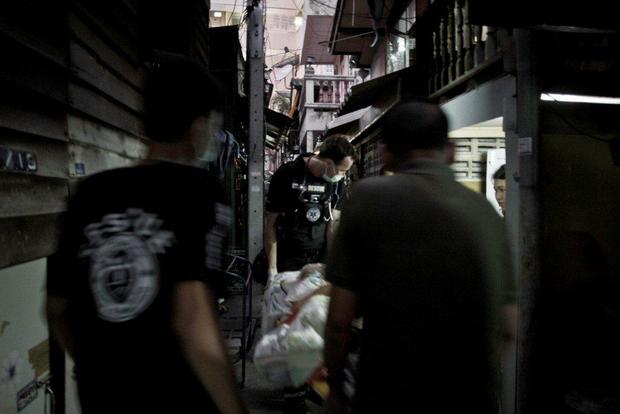 Transporting the patient through the squalid slums in Bangkok. Photo: Nan Sirisamphan

The Ruamkatanyu Foundation is a reflection of modern Thai society in action – it stems from the Buddhist belief of creating spiritual merit through the idea of ‘karma’, i.e. whatever good you do in your current life will have a positive impact on either your life, next life or the spirit of your ancestors.

The Foundation was founded nearly 70 years ago by a Thai-Chinese merchant who paid for the funeral of an unknown villager, who had no apparent family to care for their deceased body. The generous act sparked the start of the ‘Ruamkatanyu’ Foundation. The Headquarters were situated in one of the biggest slums in Bangkok called Klong Toey. Since then the foundation has evolved to include a range of public services ranging from corpse collection, free ambulances, snake catching, rescue and evacuation, and natural disaster relief.

The temple remains as a place where local Buddhists are able to perform acts which builds on their spiritual merit. Coffins are bought for the unclaimed corpses in return for good karma. Incenses are burned in abundance and the heavy bells are struck with every complete prayer. 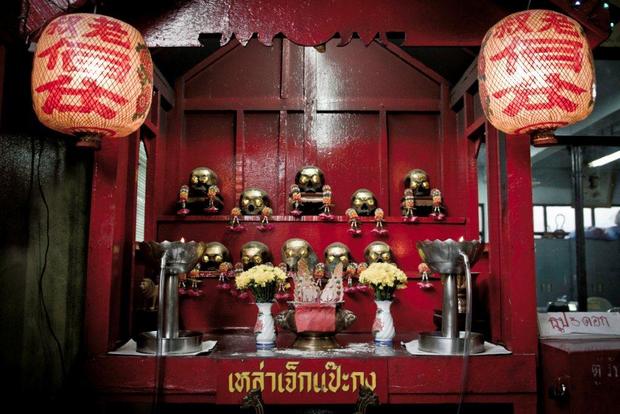 Skulls of the first bodies collected by the Ruamkatanyu Foundation 70 years ago. Photo: Nan Sirisamphan

Many rescue workers volunteer their time and effort for the sake of creating good karma. However, Marko and his friends are not Buddhist. When asked why they do it, they simply said; ‘It’s just the right thing to do’.

Gung and Tiger are two such volunteers. They have no house; they drive fast, are life partners, and have a Shih Tzu that rides along with them. Their ten-year-old son, Bond usually sits in the back passenger seat, unperturbed by the manic acceleration, sirens and the patients rolling around in the back of the pick up truck. According to his mother, the more time he spends out in the rescue vehicle, the less time he has for video games. 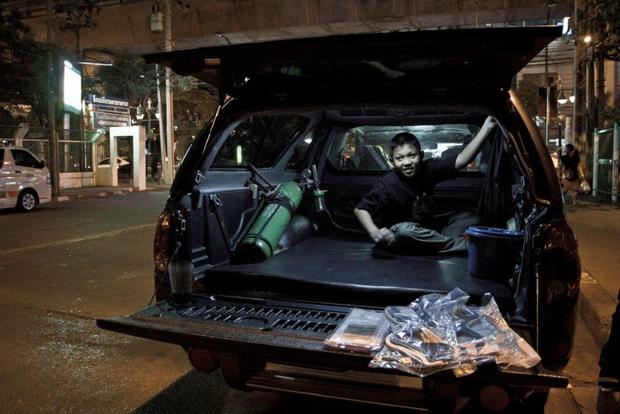 Through the years, Gung and Tiger have become Marko’s best friends, lookouts and surrogate family. They live in a fast-paced, adrenalin pumping, chaotic and unpredictable world, where their one material treasure is their rescue vehicle. It’s a concoction of the legacy left behind by do-gooders, merit makers, and the grey area of Thai society. Marko, who now eats like a Thai, drives like a Thai and swears like a Thai, stands right in the middle of it all.

Every day I go out and help somebody and I come back and I think, ah, that was a good day. 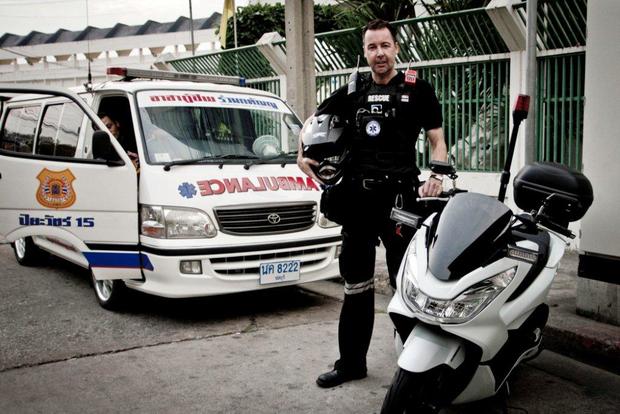