He talks to Karyn Hay and reads a couple of poems. 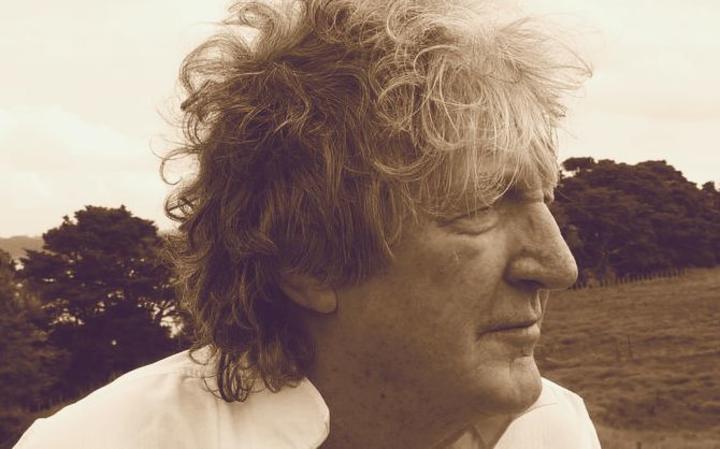 Sam Hunt's house has been struck 3 times by lightning in the 20 years he's been there.

"It's quite good but it takes a little bit of getting over," he tells Karyn.

Now "73 and three quarters", the Kiwi poet is confined to his own property near Paparoa on the northern edge of the Kaipara Harbour.

A couple of good friends bring supplies over and make sure he's got things in the fridge.

"I don't think I'm missing anyone, but I'm sort of wondering how they are," he says.

Hunt has been spending time reading, listening to music and not much else.

"Ask Dr [Ashley] Bloomfield what I'm doing for the rest of the day, he'll tell you," he laughs.

Silence is "the main thing he listens to" but there's always time for the music of German composer Ernest Bloch and Bob Dylan.

Dylan's new 16-minute track 'Murder Most Foul' is a "bloody knockout," he says.

"When I first heard it was sort of bowled over and then didn't put it on until the next day. And then I've been playing it constantly. It's a monumental song as far as I'm concerned. It's phenomenal and it just gets better and better the more you play it."

Listen to Sam in conversation with...

The poems Sam read in this interview:

When the house is

while you're sleeping, return.

you notice a difference:

With only you in it.

We prepare for departure,

we make our goodbyes.

It's a quiet time, quieter

by day, by hour

not a lot left to say.

I was moving the cattle earlier,

told them We're in this together,

we're headed for the Works,

no one pumping the brakes:

no one, I told them,

is giving a damn -

the stock-truck's on its way.

And later found myself talking
to nodding tops of totara:

told them I'd no idea

how all of this started, or how

(when it does) it stops.

And it just got quieter.