Farmers in Mid-Canterbury say it could take months and cost hundreds of thousands of dollars to clean up the mess on their farms following last month's massive flooding.

It's been an extremely challenging situation for neighbouring farmers Anne-Marie Allen and Chrissie Wright, who say they are still trying to get their heads around the scale of the damage. 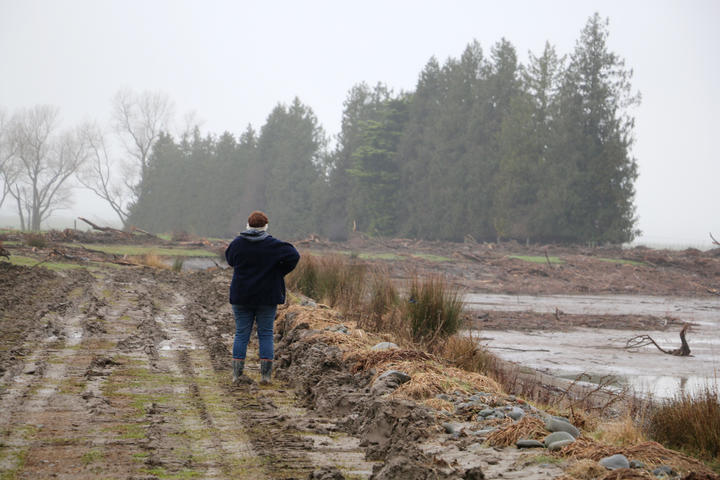 Parts of Anne-Marie and her husband Chris's farm resemble a bombsite.

Their six-hectare water storage pond is destroyed, fences are buried, machinery has been damaged and logs, branches, rocks, gravel and up to a metre of silt have been dumped on the Ashburton Forks property.

"There's one pivot that was drowned, so we'll probably change its electric motors and of the two generators that run the pivots, one is written off and we're not sure if the other one can be repaired," she says. 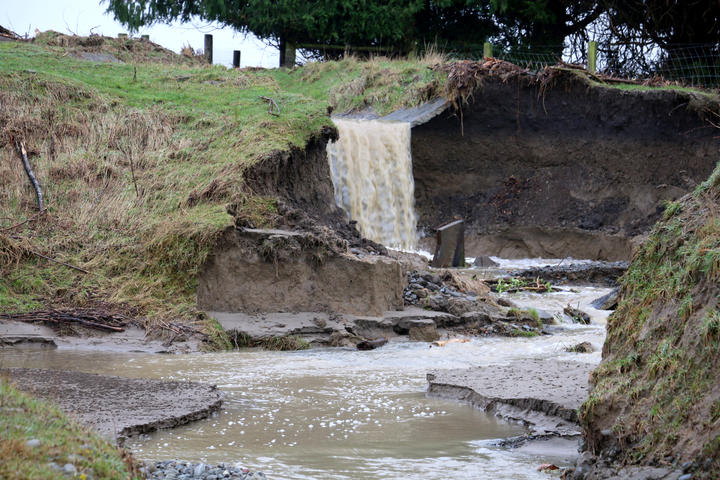 Farm insurance is covering some fencing costs but it's unlikely to cover much else.

"It's hard to quantify how we are going to tackle this problem," she admits.

First up to fix are all the netting fences on their sheep and beef farm, which were swamped in the floodwaters. They and volunteers have been hauling them up from the mud and debris to get some fencing in place. 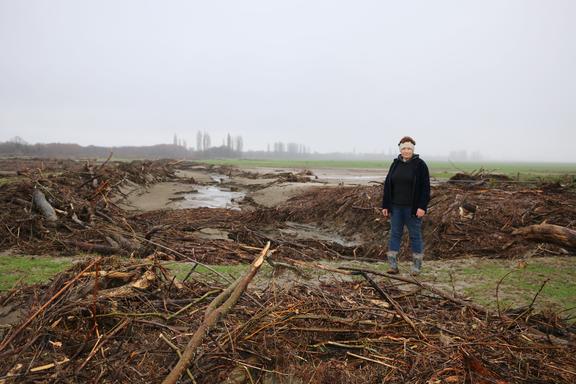 Anne-Marie says they have been given help by the local Lions Club, volunteers of the Farmy Army, students from Lincoln University, the Student Volunteer Army and the area's city missions, wanting to help.

The couple had known that trouble might be brewing. Weather reports for a week had been forecasting East-South-East storms, the worst for the area.

"It hit Mt Somers and then down onto our property," said Anne-Marie.

"We went to bed on the Saturday night (May 29) and we knew the rain gauge on Mt Somers was already up at around 200mm. We knew that was trouble.

"By Sunday morning it was close to 600mm. Everywhere you looked was water." 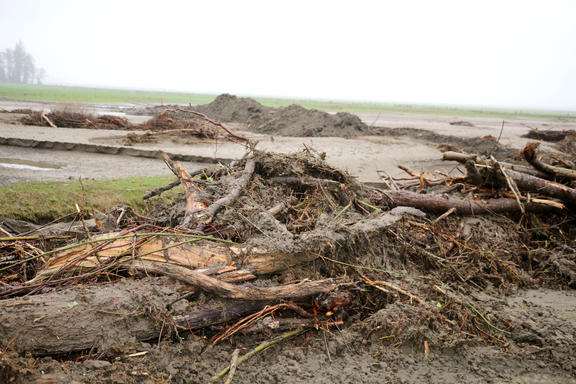 On Sunday night Chris and a neighbouring farmer had to rescue two people from a car which had been swept off the road and into the torrent running across their paddocks.

"They had a dual-tyre tractor to pull it out, but even that was being pushed by the flow."

She points to a ute in a paddock, probably a write-off: "And that was someone who came through around 5am, and the car was just spun around by the pressure of the water."

One of the sights of their farm are giant holes, some as deep as four metres, gouged out by the pressure of the water.

"This is the worst flood we have experienced. We are used to floods here; we know the paddocks close to the river get flooded, the roads always go, but this one....."

In the midst of the clean-up, the farming couple got a visit from Prime Minister Jacinda Ardern, the Minister of Agriculture Damien O'Connor and local Rangitata MP Jo Luxton, who flew in by helicopter. They made them tea and scones. The MPs came with groceries.

One of the big losses was their crops of fodder beet. They had a good crop. Now much of it is lying uprooted along roads downstream. The paddocks of feed are covered by silt, rocks, stones and branches.

One of the worries is that the stopbanks are in no fit state to withstand any more floods this winter or spring.

Up the road, Chrissie Wright and her and husband, Richard, run a large dairy farming operation. 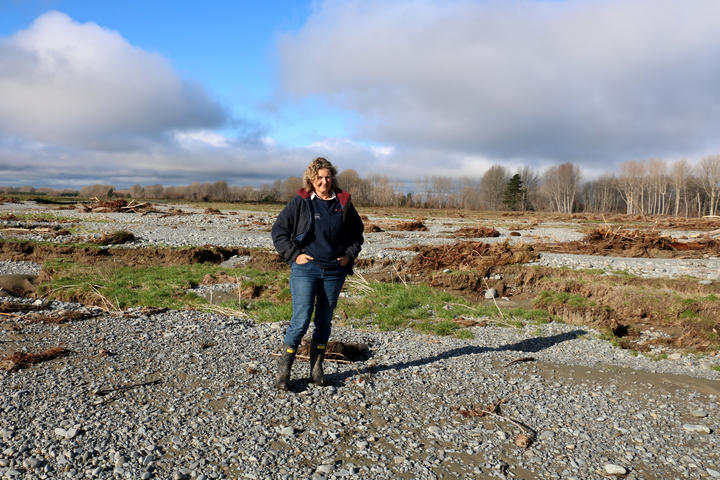 She says about 200 hectares of grassy paddocks are covered with silt, stones and debris after the south bank of the Ashburton River breached its banks.

Chrissie points to a devastated area; "All that shingle there, that was a paddock.

"It is heartbreaking when you know what the farm used to look like."

The land needs to be cleared by spring so a centre pivot can run over the area.

"We'll have to push shingle into the hollows where the river's cut through, then we'll have to re-fence the whole boundary, plus a lot of internal fencing on both sides of the farm."

Recovery work is ongoing and both farmers say they've had tremendous help from volunteers who braved the weather to lift, clean and repair broken fences to keep stock in.