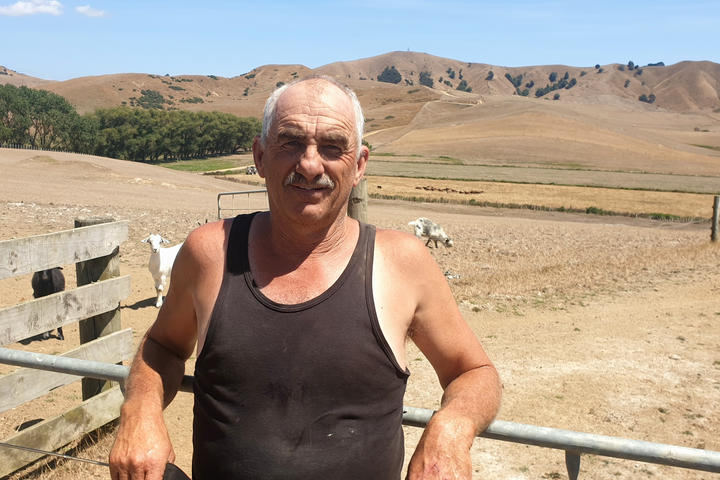 North Waikato sheep and beef farmer Steve Stark says experience has taught him that tough decisions need to be made early during droughts.

Steve has farmed at Mangawara, a 40 minute drive north east of Hamilton, for 29 years. He has a 550 hectare farm running bulls and ewes.

North Waikato hasn't had rain since December. It's brown and the grass is crispy underfoot.

Steve says weather forecasters are predicting rain for the end of the month.

"But you can't bank on anything until it falls out of the sky.

"The hard thing is with a drought, if you sell cattle just before it rains it's the worst decision you've ever made, but if it didn't rain it'd be the best decision you've made and you don't know until two weeks later so, you know, it's a tough position to be in."

He says fortunately recent strong prices for stock have meant he'll be able to buy in feed rather than send stock to the works. 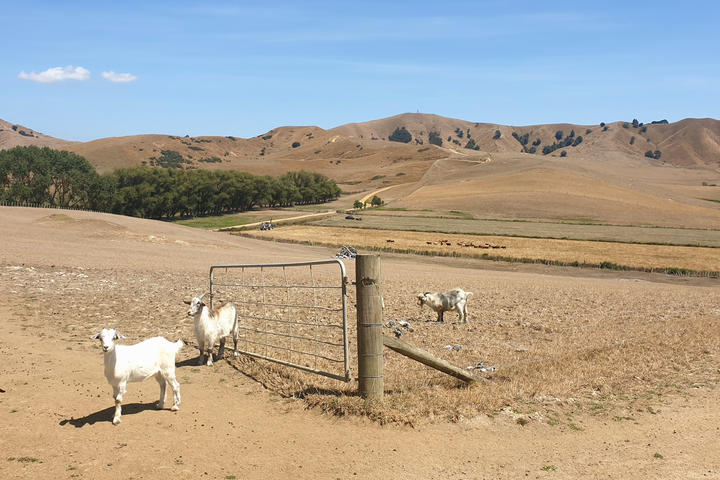