Seed-dropping drone may be future of tree planting

A team hopes a drone dropping thousands of seeds over the Hūnua ranges could provide a boost to native reforestation efforts.

RNZ reporter Louise Ternouth and cameraman Nick Monro were there for its launch.

If the trial works, the drone-testing team say New Zealand could be progressing on the government's ambitious goal of 1 billion trees planted by 2028 years earlier than expected.

For the last three years native trees have been slowly planted by hand in the former pine forest in the Hūnua Ranges.

It is one of the biggest reforestation projects in New Zealand - and the drone method could be a game changer.

In a trial, five thousand of the specially made 'seed pods', or seed bombs, were loaded into the drone at a time, then scattered over a one acre testing section from the air.

Sam Vye from drone firm Envico Technologies said the method was much better than planting by hand.

"The traditional methods of going around and planting a seedling every square metre is great but it's slow, and the New Zealand landscape is pretty steep terrain so any method that we can do by air that improves the speed, improves the efficiency and reduces the cost."

Dropping seeds alone had little success - so the team adapted a popular method for encasing seeds in a ball of organic matter to help them germinate and get established, known as a seed bomb, and have called their version a 'seed pod'.

"We were getting a really poor take, real poor germination so we came up with the idea of actually encapsulating the seed within an organic mixture and putting that into a pod."

The seeds are mixed with water, clay and compost and compressed into a small ball shape.

Each one weighs about two grams, is about the size of a lolly, and contains five to six different native seeds gathered from the area.

Ten drone flights could spread 50,000 of the tiny parcels in just half an hour, Vye said.

"We think, per hectare we would be under $1000 in a commercial operation." 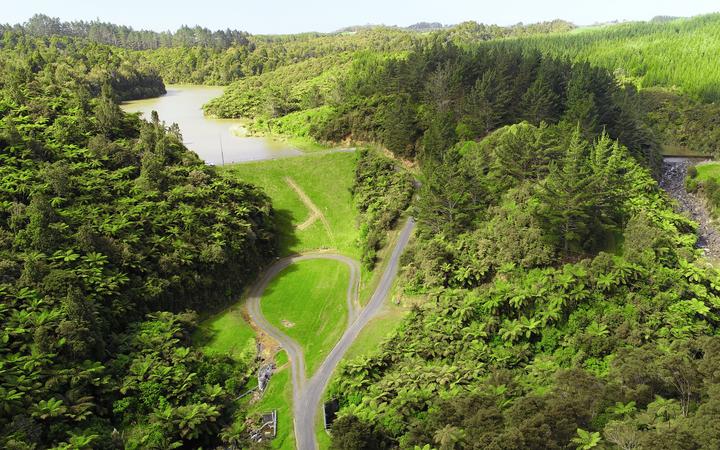 The Hūnua forest surrounds a dam catchment supplying a lot of Auckland's water.

Watercare operations controller James Telbot said now that native trees were being planted, instead of pine trees being harvested, there would be big benefits.

"There's some implications to the land with the harvesting, particularly in steeper areas of the catchment where you get exposed soils that can wash into the dams.

"So by creating an environment where we've got a strong whole of native trees with natural cover, we're going to be putting ourselves into a position where we've got a catchment that isn't constantly being disturbed."

It would be about three years before they know if the trial has worked, but the seeds are expected to germinate this spring.