Planting a billion trees by 2028 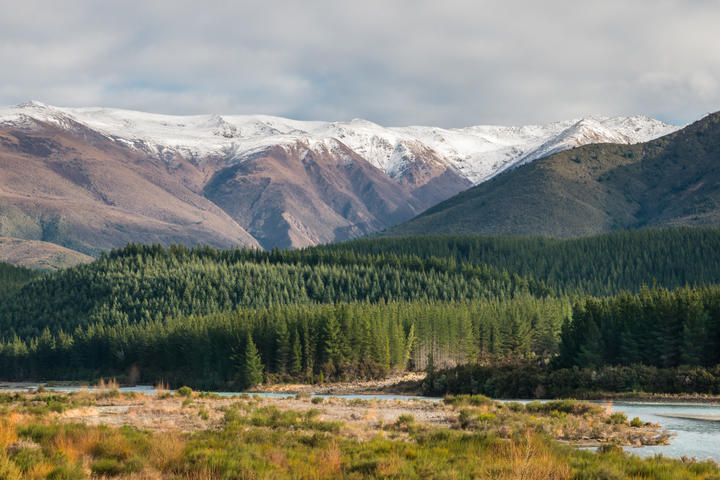 What’s not to love about a billion trees?

Plenty, if you farm in rural New Zealand. For a start, trees require land.

And it’s the fear that farmland will be turned into pine forest that has some worried about the government’s ambitious target of getting a billion trees in the ground by 2028.

MP Shane Jones, the self-proclaimed champion of the regions, is spear-heading the scheme, which is funded through the Provincial Growth Fund.

Landowners wanting in on the scheme can access grants from the $240 million pot which has been set aside.

They get a certain amount per hectare of trees planted – natives get more than exotics such as pine trees.

The government’s also willing to co-fund projects with individuals or groups, so long as they can prove their investment will lead to more trees in the ground.

The editor of Farmers Weekly, Bryan Gibson, says the scheme is primarily being driven by environmental and economic factors.

“It really is about giving landowners - and they do have an emphasis on farmers here - a bit more impetus to plant trees on their land.”

However, Gibson says the Billion Trees scheme has had a mixed reception from farmers.

“It’s not just to do with the billion trees programme, it’s more the bigger aspect of the carbon economy, I guess.

“Individual farmers will be lapping this up – a lot of farmers do want to plant trees on their farm and increase the biodiversity and that sort of thing.

“But there is a big group of farmers who are worried about this afforestation push and that’s because they see good productive land for livestock being planted in trees wholesale and then they see that having an impact on rural communities.”

Gibson says farming keeps rural communities afloat, because they need a lot of people doing a lot of different jobs to keep the industry going – and some see forestry as a threat to that.

“We’ve seen in the last few months some farm sales especially in the East Coast and Wairarapa, being sold to people who are just going to wholesale plant that entire farm into forest.

“At the sale yards we’ve seen whole capital stock sales where someone’s sold their farm and then is selling all the stock off that farm … it’s that sort of thing that worries some groups of farmers quite a lot.”

Gibson says the scheme also has implications for land prices, as forestry speculators often have more to spend than people who want the land for farming.

Overall, Gibson says the incentives for forestry and the lack of let-up for farmers in the proposed Zero Carbon bill are leaving farmers feeling a bit “under the pump.”