Erika Fairweather, who will likely be New Zealand's youngest Olympian at the Tokyo Olympics 2021 has been officially announced as a member of the team.

The 17-year-old swimmer will compete in the individual 200m and 400m freestyle events as well as the 4x200m freestyle relay at next month's Games.

The Kavanagh College student received the official announcement at her school assembly this afternoon when White Fern and 2008 Olympian Suzie Bates welcomed her to the team.

The announcement received raucous applause from her fellow students.

She is one of seven New Zealand swimmers who will make their Olympic debut at the Tokyo Games.

Fairweather said she was thrilled to be heading to her first Olympic Games.

"The feeling of making my first Olympic team is still so surreal. I've worked so hard for this moment and it is all coming together - it's so exciting," she said.

"Representing New Zealand and wearing the fern at the Olympic Games is a dream I've had for as long as I can remember, so words don't really do this feeling justice."

Erika competed in the 2019 FINA World Championships and at 15 was the youngest swimmer to make the top 20 for the 200m and 400m freestyle distances.

She won gold in the 200m freestyle event at the 2019 World Junior Championships the following month. 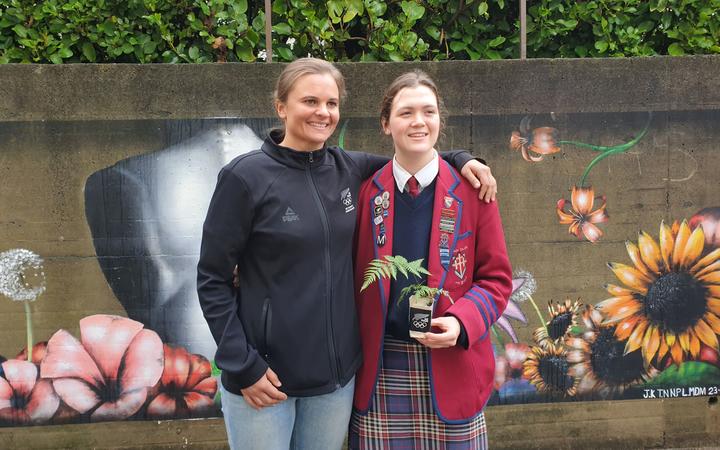 "So usually I get up at 4.30am, which is pretty brutal. Then I'm at the pool by 5am and in the water by 5.30am. Then I have some breakfast, come to school and after school, it's either swimming or gym - so it's pretty busy most days," she said.

While most might see the will-it-happen-won't-it-happen nature of this year's Olympics as disruptive, Fairweather said due to her young age, if anything, it had probably worked in her favour.

"It's definitely been interesting. I don't think it's done me any damage though because having that extra year ... is probably beneficial if anything."

Her family and friends would have to watch her compete on the television due to travel restrictions imposed because of Covid-19.

With the pandemic still raging around the world and Japan recovering from a second widespread outbreak, Fairweather said she was not taking anything for granted.

"It's a little bit upsetting [that her family will not be there] but obviously you've got to recognise we are in a global pandemic. But I'm over there with my swimming family. The ones that I'm going away with, the seven, I've been away with before so we are really, really close and it's like having a family over there." 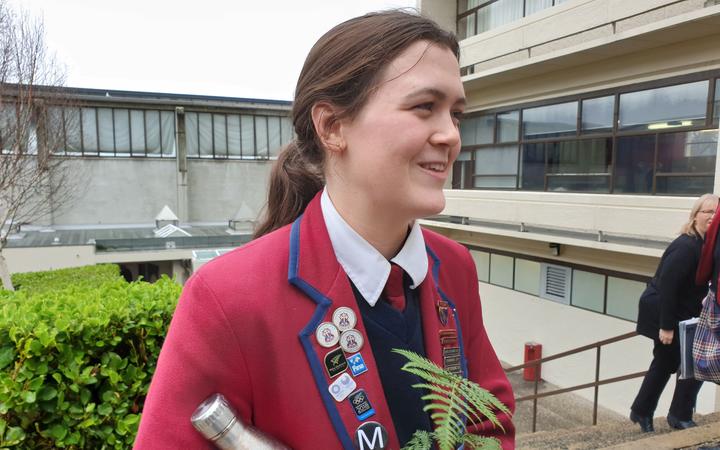 It has been a long time since New Zealand won a medal in the pool, in fact, Fairweather was not even born when Danyon Loader won double gold in Atlanta in 1996.

The parallels had also not been lost on her, as Loader was also a fresh-faced 17-year-old from Dunedin when he won a silver medal at Barcelona in 1992.

His legacy loomed large over southern swimmers, she said.

The teenager was more focused on creating her own legacy however and to that end, Kavanagh College principal Kate Nicholson said Fairweather's legacy was already secured among her peers.

"You'd never know she was an Olympian in the making, she's just so humble and she just gets on with life and she just makes it work which is a rare quality in someone so young."

Her school work also did not suffer due to her swimming commitments as she racked up over 100 excellence credits last year as a year 12 student and was among the best academically. 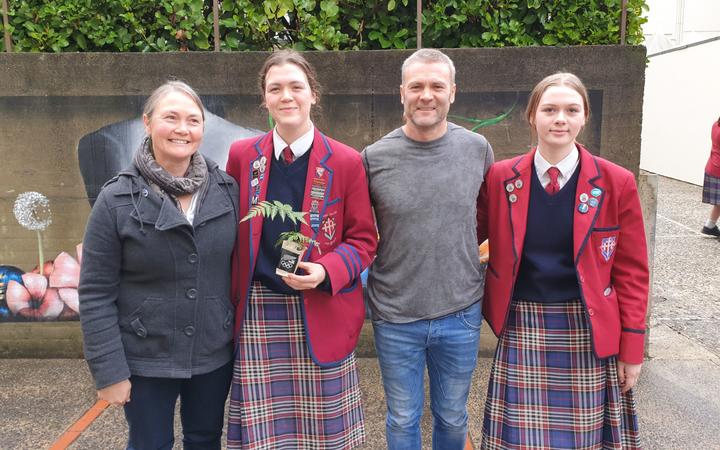 Her proud parents said none of it was a shock to them.

"She's a hard worker. She goes to every session and she puts 100 percent in - I'm sure the coach would back that up," her mother Emma Young said.

"She does it at school. It reflects in every part of her life. She's a hard worker all-round."

Her father Mark Fairweather, who described seeing his daughter winning the 2019 junior champs gold in person as the highlight of his life, said the 17-year-old was pretty impressive.

"If she thinks she's going to miss a session because she's too busy she'll make it up the next day or that night or the next morning. She knows what it takes and she thrives on that, I think. She's a talented young girl - dedicated."