Covid-19 testing stations in Rotorua were swamped today, and a pop up clinic was set up as hundreds raced to get tested.

People started queuing at a new pop-up Covid testing station at Rotorua International Stadium this morning well before its 9am opening.

Hundreds of people rushed to make sure Covid-19 was not back in their community after members of an infected family from Auckland visited at the weekend.

About 100 cars up the line, Christina was waiting with her three kids.

"We've all got little bits of coughs and runny noses, but we were actually connected to somebody else who was staying at the hotel that somebody tested positive."

She said her contact was now in Dunedin and they had been tested. But she was also connected to a family in Auckland who had also been tested.

"We were here about quarter to nine thinking that would be nice and early for the 9 o'clock start but yeah, nah." 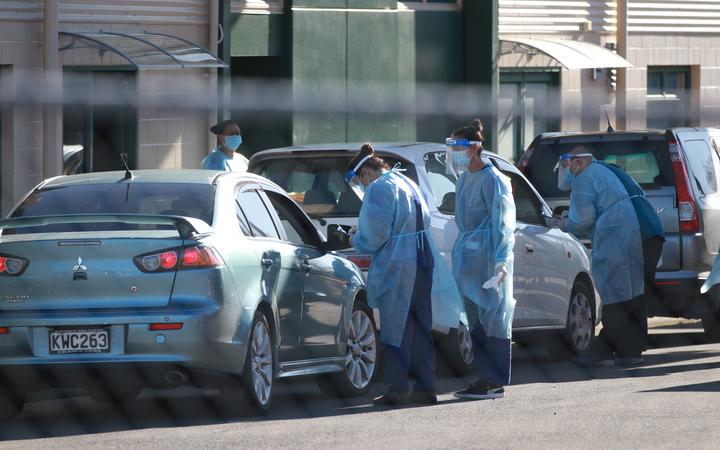 Kim Wallace and her family were a few cars up the line but said it was moving slowly. They were expecting to wait two to three hours.

Several of the people waiting were staff from some of the businesses the Auckland family visited.

Lawrence said his boss told him to get tested.

"I was in Auckland on the weekend and also I was up at the gondolas so my boss sent me down to do a precautionary test - so I don't spread it at work, I suppose, if I have got it."

He said it was frustrating that his town was in this position, but mass testing like this was the right thing to do - and worth the wait.

"It makes you a little bit angry, we've done our homework ... it is what it is. We just got to carry on and get it sorted ... keep everyone safe."

Director-General of Health Dr Ashley Bloomfield released more details today about where members of the infected family visited on their three-day trip to the region.

A boat cruise in Taupō is also being followed up by the Ministry of Health. 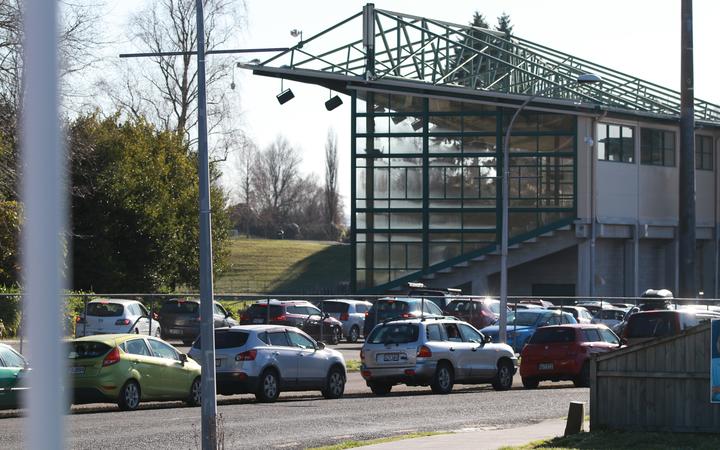 On the other side of town on Vaughan Rd, cars were still flooding in at lunchtime.

"We've been forewarned that there would be a resurgence ... and we've always had that preparedness here in Rotorua and we haven't taken it for granted."

Chadwick said it was right for Rotorua to stay at alert Level Two despite the risk, as businesses and residents had been proactively keeping themselves safe.

The testing stations in Rotorua and Taupō have extended their hours for the time being and expect to be busy.