New playground at Parliament as calls grow for poverty action

A flash new playground has been unveiled on Parliament's grounds today, amid growing calls for the government to take more action to help lift Kiwi kids out of poverty.

Prime Minister Jacinda Ardern and Speaker of the House Trevor Mallard cut the ribbon on the $500,000 playground this morning.

Mr Mallard clearly enjoyed testing the new slide and about 80 children blew bubbles and played on the balance benches.

Ms Ardern said its opening marked the 30th anniversary of the UN Convention of the Rights of the Child.

"That agreement did some really important things," she said.

"It said that children have the right to grow up in a place that looks after their wellbeing - where they're loved and they're nurtured.

Wanting to help children inspired her to get into politics in the first place, Ms Ardern said.

She said New Zealand was the only country she knew of with a playground at Parliament - and having it there sent a message about the government's focus on children's wellbeing.

But the fun tone of today's event was somewhat dampened by the criticisms levelled at the government this week, accusing it of inaction in dealing with child poverty. 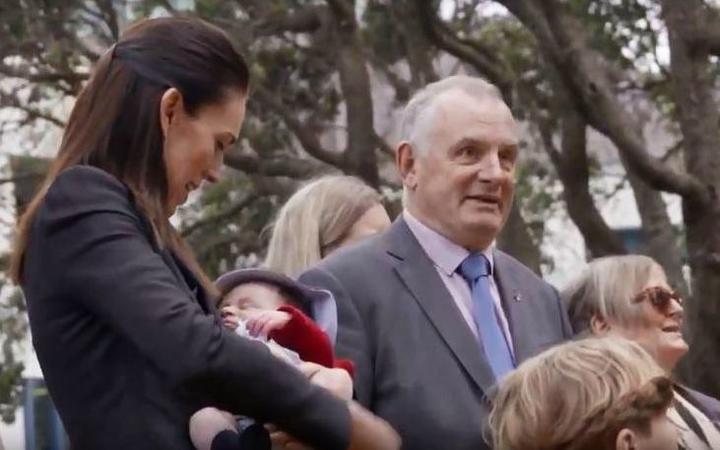 Professor Innes Asher, a member of the government's own welfare advisory group, said those in power had failed to take any immediate action to fix child poverty.

She said they had ignored the group's recommendations - implementing just three of 120.

"We've been very clear when we met with the government ... that we want to see those recommendations of the welfare expert advisory group and their Whakamana Tāngata report implemented.

"We especially want to see a lift to that main benefit rate. We know that benefits haven't kept pace with the costs of living."

Jacqui Southey from Save the Children said while the government was making progress it was acting far too slowly.

Social Development Minister Carmel Sepuloni said the government couldn't do everything in one term but it was committed to responding to the recommendations as quickly as possible.

"I understand their frustrations about wanting things to happen more quickly, I absolutely do.

"The reality is we haven't ignored them at all. Action is already underway. We saw some of that at the Budget.

"Is there more to do? Absolutely, and we're committed to doing that."