NZ National anthem: 'My son could sing it better than that' - League boss Greg Peters

New Zealand Rugby League says it is shocked and appalled by the pre-match performance of God Defend New Zealand over the weekend.

American singer Crystal Collins stumbled through of the national anthem in Denver yesterday for the clash between New Zealand and England.

"Even my son could sing it better than that," he said. "I was as shocked and appalled as everybody else was."

Promoters told Mr Peters Ms Collins had rehearsed it perfectly in the changing room beforehand, but lost it when she was on the field.

"It's unfortunate for her, but obviously we have to get this stuff right," he said.

Read more about this:

"It's not good enough for us and as a proud Kiwi, I certainly don't want to see that stuff happening."

But Mr Peters, who has recently taken on the role of chief executive, said he was proud of the New Zealand players for still singing the anthem strongly.

"I thought they did a wonderful job ... given the tricky situation," he said.

Speaking about the result of the game itself - which was a 36-18 win for England - Mr Peters said the first half was encouraging.

He admitted the aim is to start winning games and that is what the team is focused on. 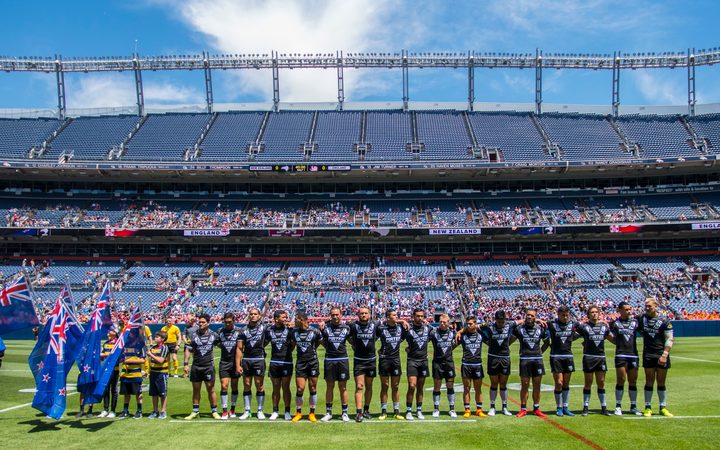 The New Zealand Kiwis line up for the national anthem before their match against England in Denver. Photo: PhotoSport