Dusty Roxburgh preparing for another deluge

First the rain, then the mud, and today the dust as the silt from the flood blew around the Central Otago town of Roxburgh.

The town is racing to clear up from Sunday's flash flood before more rain strikes after the north end was covered in mud and water by the flood which filled, then poured out of, Reservoir Creek through about a dozen properties.

That's made for a hard, dry day but more rain could be on the way.

The water tankers dotted around the town have become community meeting spots as residents face their third day without tap or waste water.

Locals remain stoic, but the novelty of the weekend's weather is wearing thin.

"It sort of just feels a bit drab, yeah, the whole feel. Very lucky that no one was injured with all those rocks coming down the hill.

The stream of residents was keeping tanker operators like Warren Clinch busy. 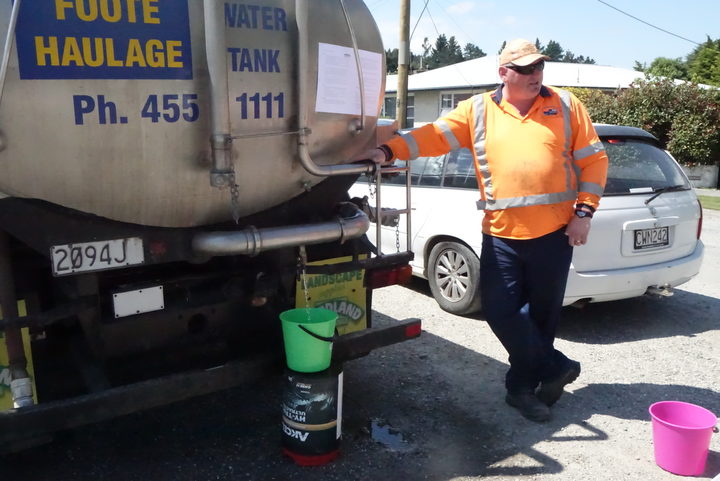 "I've gone through probably seven or eight thousand litres in the last couple of days since I've been here. It's just a steady stream, one after the other, it's surprising."

Mr Clinch said locals had used whatever they could to take water back to their homes.

"You name it, buckets, washing baskets, watering cans, jug. Anything that can hold water."

But it's the water that might come again that's the biggest worry. Down in Reservoir Creek, the diggers are in a race against time to get it clear and the people living next to the drain are getting quietly nervous again.

One man, Marty, was clearing drains and filling sandbags outside his partner's holiday home using the silt Sunday's storm brought to his door. 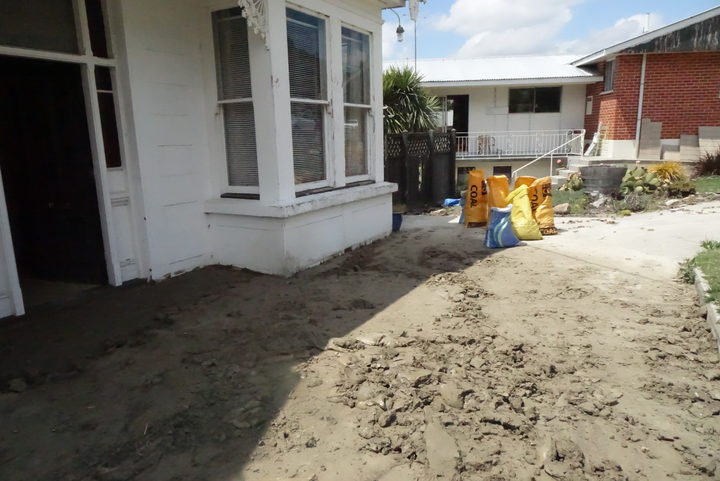 Sandbags being filled from Sunday's silt in case of another downpour. Photo: RNZ / Ian Telfer

He said it looked like more rain was coming.

"We've got bags ready to ready to send about the place. So if it does rain and that creek doesn't hold it again - it depends what's going to happen.

"The forecast says it's good for Roxburgh, so..." 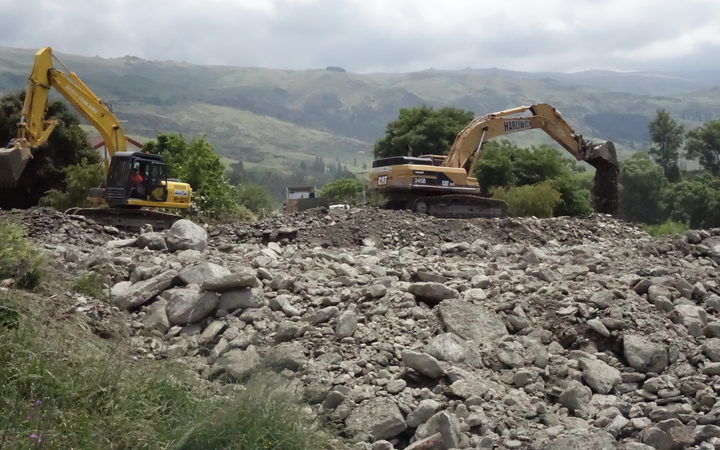 Diggers work in Roxburgh's Reservoir Creek drainage in a race against time before next the downpour. Photo: RNZ / Ian Telfer

The State Highway was expected to reopen today and the water should follow tomorrow but some - like Miller's Flat farmer Alan Parker - we still getting over Sunday's drama.

"And within 30 seconds to a minute the water went up two metres, so I went into the paddock with dry feet and I came up and it was basically up to my waist." 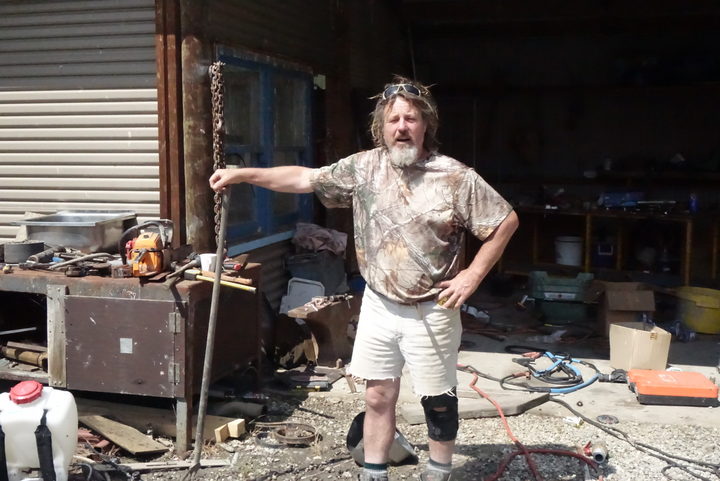 "I saved about 30 cattle, and it was basically just like a torrent."

Sunday's flash floods were unlike anything he has seen before. 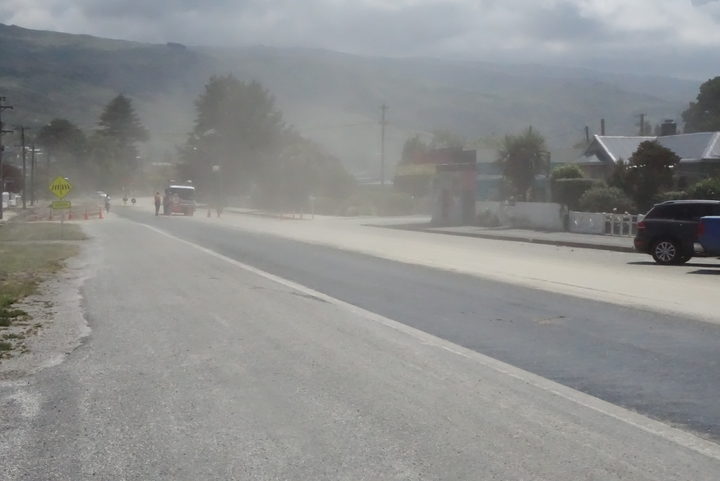 Dust covered the town of Roxburgh today as residents shored up after flash floods and ahead of more rain. Photo: RNZ / Ian Telfer

"Unbelievable, like, the water was just on top of you - bang - willows were cracking, the cows were going crazy.

MetService said thunderstorms were likely tonight and the town is on a severe storm watch.

The council today issued a conserve water notice as treatment plants struggle to keep up with demand in the district. 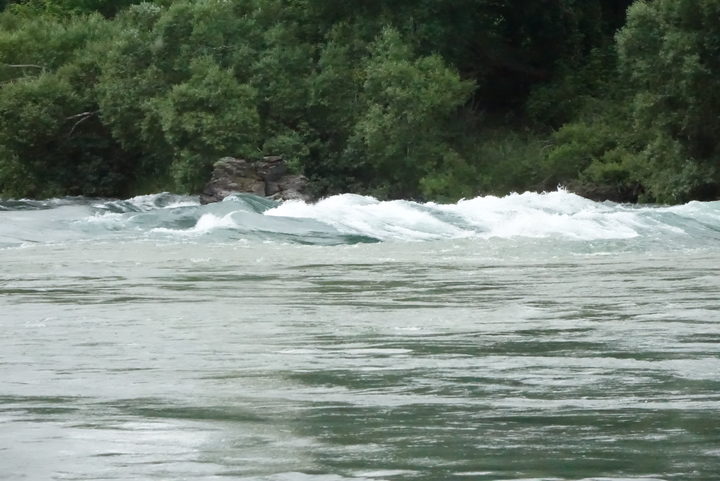 Watering systems and sprinklers are only allowed to be used between 8pm and 8am.

A boil water notice is also in place for areas supplied by the Pomahaka River.

A spokesperson said residents should use common sense, be prepared and stay up to date with the latest forecasts.

Locals would be happy with a little rain to damp down the dust, just not another downpour.