‘I want the government ... to bring kindness back’

Shortly before she was sworn in as the new Prime Minister, Jacinda Ardern spoke to Checkpoint with John Campbell as she was on her way to Government House in a Crown car.

She said she wants the new government to "feel different", to be empathetic and kind.

There was a significant part of her that was focused on the work that needed to be done, she said. 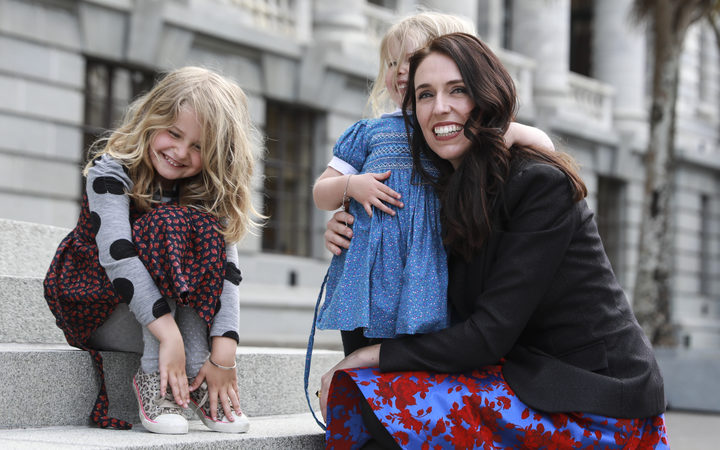 She said she wanted the government to feel different.

"I want it to feel like we are a government that's truly focused on everybody. Perhaps I'm more acutely aware of that sense having now led a set of negotiations in our government that brings together a range of parties.

"I know I need to transcend politics in the way that I govern for this next term of Parliament but I also want this government to feel different, I want people to feel that it's open, that it's listening and that it's going to bring kindness back.

"I know that will sound curious but to me if people see they have an empathetic government I think they'll truly understand that when we're making hard calls that we're doing it with the right focus in mind."

She said there were tough times during the coalition negotiations.

"It's not about just preserving people's political careers. It's not about power. It's about being in a position to make a difference to people who need it most.

"This will be a government that works with others.

Asked if there was a central tenet to her approach to the new role, she said it was empathy.

"Empathy is the one thing that I think that's your foundation, that's your grounding, and we'll keep ourselves in constant check."

"I hope that elements of life can stay the same. But I equally expect it's a busy job. There will be a lot that changes.

"I think [people] probably just want us to make good on all of the things we said we'd try our best to achieve."

She said the job was about following through, acknowledging failure, and being up front.

Ms Ardern also said her sister, who lives in London, just had a baby.

"It does mean that my mum is over in London with her, but my father is here, which is lovely.

"There's a significant part of me, whilst I feel a huge enormous sense of privilege, you walk down the halls of Parliament and you see the portraits of those who have been lucky enough to hold the role before and there are not many faces."

She is the 40th Prime Minister of New Zealand.