Unemployed teachers are disputing claims there is a teacher shortage in Auckland schools. 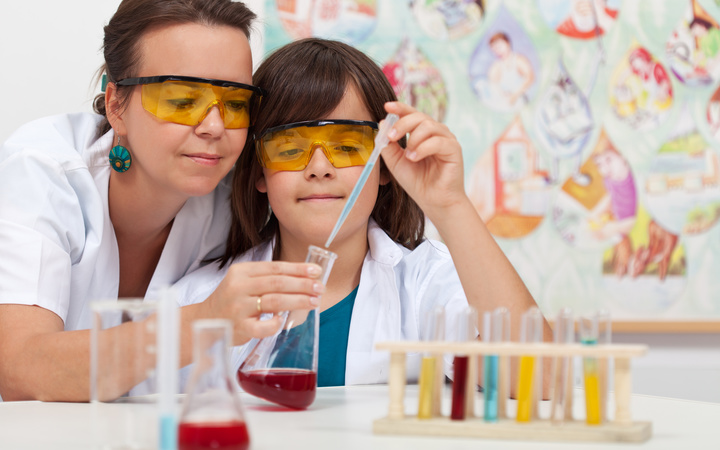 A file photo of a school chemistry lab: Primary schools and secondary schools are reported to be struggling to find teachers. Photo: 123RF

Principals in the city have been saying the situation is a crisis and some schools will start the year with unfilled vacancies.

However, teachers have told RNZ many qualified people are looking for full-time work but schools are not hiring them.

One teacher, who asked not be named because she did not want to harm her chances of finding a job, said she had been doing relieving work for the past eight years despite having 10 years' experience as a teacher in South Africa.

She said schools were being too picky about who they hired.

"They are being too choosy. I feel that you have your teachers right there on your doorstep, they are looking for work. Why must you go and get teachers from overseas when you have people readily available?"

The teacher said she recently completed a teaching refresher course to improve her chances and met other teachers in the same situation.

She said they were New Zealand-trained teachers and they were demoralised by the lack of work.

"They were told they were not experienced enough, they were [beginner] teachers and they didn't have the skills and the knowledge to be able to cope in that teaching environment. They were just given all kinds of excuses and were not given the job."

Another teacher who emailed RNZ said she had been turned down for one Auckland job and had not heard back from several others.

"I can only hope that the Auckland schools who are suffering a dire teacher shortage and I, who am suffering from a dire shortage of job offers, meet up in the near future if our profiles and needs match," she wrote.

"Otherwise, despite the claims that New Zealand is facing the 'worst teacher shortage that it has ever seen', and is needing to recruit New Zealanders back from overseas as a result, I will have to look internationally for a teaching position, or perhaps resign myself to flipping hamburgers at McDonald's."

Principals' right to be picky defended

But school principals said they were not being too fussy.

"They only get each year once. If you make a bad decision, then those children suffer. So I would absolutely defend the right of principals to be as picky as they possibly can."

Otahuhu College principal Neil Watson said he had a maths vacancy open since the middle of last year because his students deserved the very best.

"We all know from our own experiences at school, you get a good teacher in front of you and you're successful. If you have a teacher who's weaker then you go backwards in your learning, and our job is to make sure that we do the very best for our students and and for their families."

The manager of teacher recruitment agency Oasis Education, Martin Strang, said schools had to be careful who they hired.

"A lot of schools have hired a significant number of beginner teachers and they can't really take too many on because obviously that puts a stress on the experienced teachers, and on middle management, senior management," he said.

"So I don't think they're being too picky."

Mr Strang said there was a significant shortage of primary teachers, especially in low-decile schools.

He said the situation for secondary schools was not quite so severe, but there was definitely a shortage in science and maths and in some humanities subjects.