HNZ tenant required to pay for own wheelchair access

A Housing New Zealand (HNZ) tenant who uses a wheelchair has had to cover the cost of building an emergency access path outside her Nelson property, after it was ruled not essential.

Donna Sutherland lost her legs as a result of an accident several years ago, when she was hit by a bus while riding her motorbike. Her injuries were so severe her legs never healed and were eventually amputated.

Ms Sutherland said it was not easy speaking out about her plight, as her battle with drug addiction and a legacy of family violence had prompted judgement from sectors of the community.

"I think sometimes who you are in life is how you get treated - who they think you are. People think I just deserve what's happened. Some people are really cruel."

Ms Sutherland said she agreed to move to the current property in the Victory area of Nelson from another HNZ home in the city in 2012, on the basis it could be adapted to her needs, including wheelchair access from the back of the house around to the front.

The house had existing ramp access to the front and rear doors, but the only alternative way out in an emergency was through a side door, which had steps down to a path. 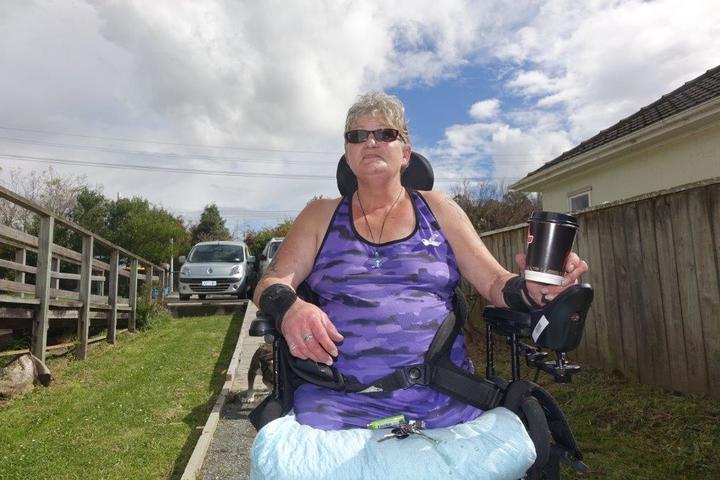 "They told me that in an emergency I had to jump out of the chair and crawl - basically that's what they said to me. I said 'how am I meant to get out the back door mate, there's steps and concrete - I can't get the chair down the steps'."

HNZ said an application lodged with a special Ministry of Health fund to build the pathway was declined, but it had worked closely to support Ms Sutherland in the home she was moved into.

"We have spent more than $2000 modifying this property to suit the needs of the tenant after the usual funding provider declined further funding. This work has included widening essential exterior paths, widening entry to a shed, installing a gate and creating a wheelchair cleaning area.

"The path the tenant refers to was deemed non essential and the tenant chose to install it herself," an HNZ spokesperson said.

Ms Sutherland said some of the modifications were as a result of an earlier kitchen fire in the house.

"So they modified it for me but the things that were meant to be done that were very important never happened. I couldn't get around the garden - I couldn't even get around to shut the side gate. I've only just got them this year to put the side rails on the edge of the concrete so my wheels don't go over." 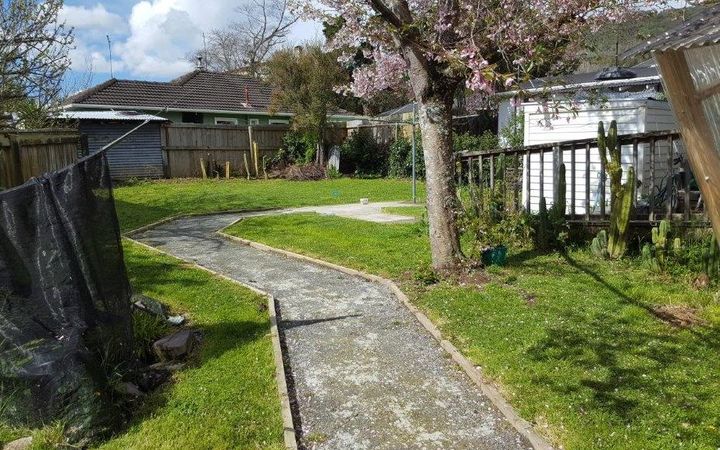 Ms Sutherland said one staff member did her best to try and get the path done, but was apparently stalled by red tape. She said that, in the end, her brother Paul dug the path and then hired a builder to help.

"I did the job and gave her a path, and another ramp which means she's got two exits to get off the property if there's a fire, and gave her independence a bit more too," Mr Sutherland said.

He said even the builder noted the potential consequences of the lack of access.

"If there was a fire and she was stuck out the back there, she'd be cooked. She wouldn't get off the property and you drag yourself on your stumps. It's a joke."

Mr Sutherland said he had tried to help his sister as much as he could, including tending the lawns and garden, but he had since pulled back because of the friction over the bill for the job.

Ms Sutherland said the wedge in their relationship was the greatest loss to her, and she was now planning to sell a modified vehicle she was no longer able to use, to pay him back.

HNZ said it has allocated $1.7 million from the Equipment and Modification Service fund to 433 people in its homes in the past year. It has also extended its memorandum of understanding with the Ministry of Health for a further three years - an agreement that related to continuing to support and provide housing modifications for people with disabilities.