The Blerta Years: Part 3 - Dance All Around the World 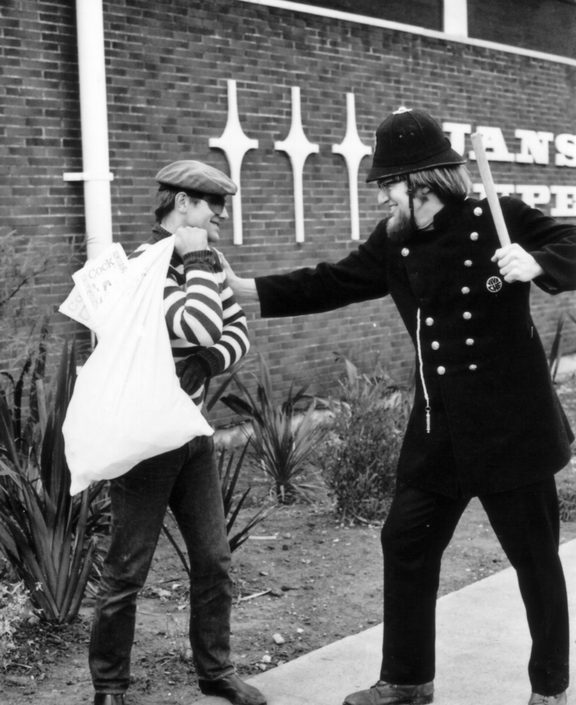 BLERTA actors Bruno Lawrence and Tony Barry ham it up in a keystone cops role, with the contents of the loot bag appearing to be copies of the controversial 70s underground magazine Cock. Photo: Helen Whiteford, used with permission.

With Dance All Around the World becoming a Kiwi anthem and the hippy entourage of musicians, actors, movie makers and cultural revolutionaries criss-crossing the country with their wildly anarchic stage shows, the BLERTA phenomenon was well established in the nation's psyche.

A new line-up, the craziest song ever to be played on radio, explosions that backfired, naked at Ngaruawahia, the lost album, an invitation to Australia. There was more focus on the mini dramas as band leader Bruno Lawrence looked for new ways to push musical and cultural boundaries. In Australia the unit played the university circuit and teamed up with top jazz musicians to record a controversial album with Renee Geyer.