In the summer of 1971 the nation was plastered with brightly coloured posters announcing 'BLERTA is coming'; who or what BLERTA was remained unclear until an antique bus covered in psychedelic images and an entourage of up to 50 minstrels and multimedia pioneers trundled into town.

It was 35-years ago that BLERTA (Bruno Lawrence's Electric Revelation and Travelling Apparition), set off down the highways and by-ways of culturally challenged New Zealand with their own brand of theatrical rock and legendary kids shows. 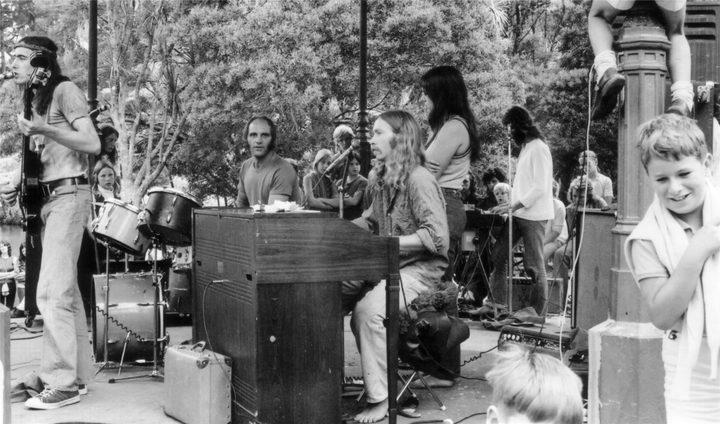