In 2018, the world was gripped by a story from Thailand. A schoolboy football team had gone on a potholing expedition with their coach.  And it all went horribly wrong when the monsoon rains came unexpectedly.

They were stuck – not just in a cave, but at the end of over a kilometre of inaccessible caves, many of them now totally submerged in water.

The Thai army, and hundreds of volunteers from all over the world worked day and night to find them. 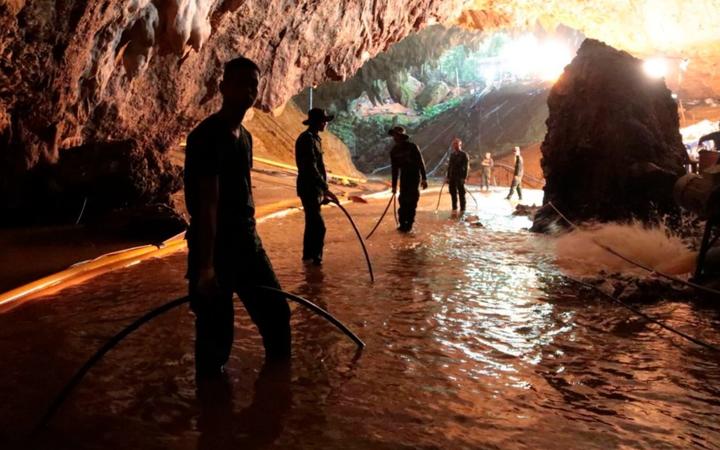 And it became clear that only a very few people had the necessary skills to negotiate these caves and underground rivers.  Cave divers, all amateur, mostly middle-aged men – people like Englishman Rick Stanton.

Stanton put together a small team of cave divers virtually overnight. Then they took off to Thailand with, they confessed, very little confidence the boys were even alive.

While the British team started looking for a way in, outside, the families of the boys waited and prayed. And beyond Thailand, the world did the same thing. It was the only story on every news channel, though there was increasing fear for the outcome.

The National Geographic documentary The Rescue is only one of the several films -  documentary and drama – currently in production, though I can’t imagine why you’d need to see more than this one.

If you think you already know what happened – and how and why – you may be surprised.

For instance, I had no idea how much work the Thai Navy Seals had done before Stanton and his cave-divers arrived.

I also had no idea how the boys managed to survive for days with no food, or how Australian anesthetist Richard Harris got involved.

Like all great documentary-makers, directors Jimmy Chin and Chai Vasarhelyi never get ahead of the action.

We follow the would-be rescuers every step of the way – from despair, to tiny hope, to the astonishing moment when they – and the world – found the entire team sitting on a rock.

The film footage is astonishing. National Geographic seemed to have access to a very wide range of sources – from Navy Seals footage, and camera phone shots from families and friends, to, critically, material from the cave divers themselves.

And everything they didn’t have film of, they recreated back in Britain, using the original divers.

And above all, it’s one for people looking for that uplifting ending that so few so-called “feelgood movies” actually deliver.  It takes real life to do that.