The title, The Last Duel, is slightly misleading. It implies that the French, more civilized than their neighbours, banned duels entirely as early as 1400.

Not quite. What they banned was ‘trial by combat’ – allowing two disputing knights to fight to the death, thus establishing which one was telling the truth. 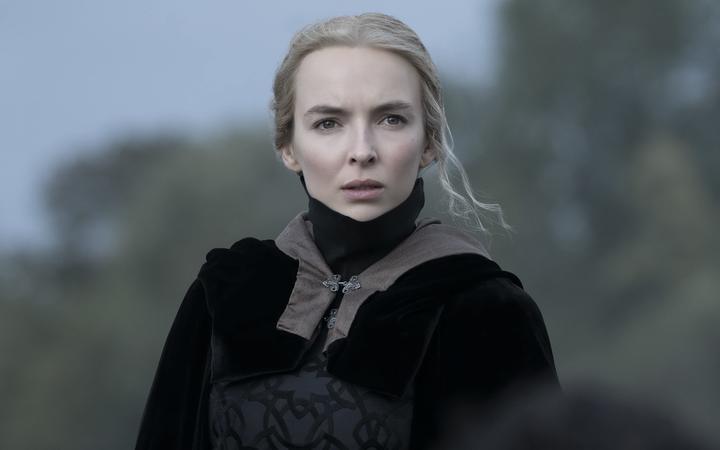 This is the true story of the last, official case under that system. And unlike many films set in Medieval history – or, frankly, any part of history – The Last Duel seems to be scrupulously accurate, give or take the historians’ point of view.

It’s no surprise the story appealed to director Sir Ridley Scott, a huge fan of things both historic and French, going right back to his first film The Duellists.

The surprises are in who’s coming along for the ride. The initial screenplay was by Matt Damon and Ben Affleck, who also star in The Last Duel.

It’s their first script together since they won the Oscar 25 years ago with Good Will Hunting.

They’re admirably prepared to play unattractive in this story, and not just some very unprepossessing beards.

He spends much time, and most of the family money, in various battles with the English during the Hundred Years War.

Jean’s major rival in just about everything is the far more politically adept Jacques Le Gris – Adam Driver.  Jacques has charm, good looks and smarts – all the things that Jean doesn’t.

But then Jean does something uncharacteristically intelligent.  He marries well – the rich, beautiful and above all virtuous Marguerite.

The casting of The Last Duel is bold, to say the least. Jodie Comer made her name as the amoral hit-woman Villanelle in the TV series Killing Eve.

So, we spend a lot of the film wondering about Marguerite’s character, as we should.  This is a story entirely based on truth, in particular the subjective nature of the truth.

The format is what academics call a ‘Rashomon film’ – named after the Japanese classic in which a murder story is told four times from the points of view of four different characters.

Did she encourage him?  And if not, will that save her?  This is a place and time where the burden of proof is entirely stacked against women.

Indeed, it was almost unheard of for someone in Marguerite’s position to make any sort of complaint.

First, we hear the version of husband Jean. His chilly outlook, and total self-centred view is reflected by most of these scenes taking place in snowy winter.

Then we hear the story from the sunnier perspective of the glamorous Jacques. Once again it stops at the start of the duel.

Which leads us to the third and final account, that of Marguerite herself.  And it’s to the great credit of writers Damon and Affleck that they realised they needed a woman to write much of that version.

And it’s to the even greater credit of Ridley Scott that the woman he picked to do that job was the wonderful Nicole Holofcener.

I’ve been a fan of director-writer Holofcener for years – her work on Lovely and Amazing, Friends with Money, Enough Said…. Well, enough said.

And she – and star Jodie Comer, in my humble opinion, knock it out of the park.

The Last Duel is clearly not to all tastes – it’s had mixed reviews worldwide, possibly because of the subject matter and the brutal violence of the last scenes.

And like the original story, there’s no proof one way or the other who’s telling the truth.

You just have to go with who you believe. But the strength of the writing and the playing means that you’re left with very little doubt at the end.

One for people who are missing Game of Thrones, I imagine, but it’s also a reminder of how good Ridley Scott can be with a strong subject.