Review: No Time To Die

After decades of watching James Bond movies, I’m surprised at how lightly invested I am in the world’s longest franchise. I’m used to them, that’s all. They come out every year or so, some are better than others, but I don’t even have a favourite Bond, I don’t think.

Daniel Craig’s version is probably the best-acted. He’s certainly the one who seems to have taken it the most seriously. 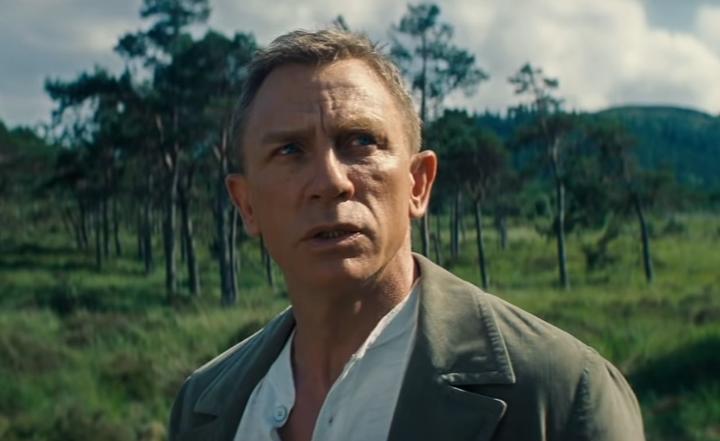 The other distinction of the Craig films is that they’re an actual series. You’re required to keep up and remember what happened in the last films.

That certainly wasn’t the case when Roger Moore sported the license to kill.

Back then, a Bond movie started from scratch, often featuring a fling with a minor Bond Girl. She’d have a name like “Bikini” or “Bambi”, and would be bumped off before the opening credits.

The main Bond Girl would turn up shortly afterwards, and she’d generally last the rest of the movie, and then never be seen again.

The villain too would only be there for one film – unless his name was Blofeld – before being seen off in a spectacular explosion, and a caustic one-liner from James.  “Bang goes the knighthood,” say, or “pow to the people”…

Well, Craig doesn’t do smirky jokes. But one thing the Craig Bond films did rather well was beef up the support characters.

Judi Dench was already good as M, of course, but Ralph Fiennes as her successor was equally good, as were Naomie Harris and Ben Wishaw as, respectively, Moneypenny and Q.

But as we come to the last in this version of the franchise, I was surprised at how literally No Time To Die took that description.

Back in 2006 we saw a callow Daniel Craig taking over his new job and earning his famous “license to kill”, 16 years later, he’s retired, and settled down with The One Woman – Madeleine Swann.

But if you’re worried about the prospect of Bond the domestic house-husband, it seems Madeleine may not be all she claims to be. Is she in fact in league with all these bad guys?

Without waiting for an explanation, Bond gives Madeleine the flick, and takes a job working for his old CIA mate, Felix Leiter.

But you don’t weasel out of MI5 that easily. The American and British secret services collide, and Bond meets his replacement, the very 21st Century Nomi, played by Lashana Lynch.

And Felix has lined up another leggy offsider to work with Bond in – why not? – Cuba.  Her name’s Paloma, (Ana De Armas) by the way, and she’s just as career-oriented as Nomi.

Given that the soon to return Madeleine is also no slouch in the martial arts department, there’s a strong sense that these women are not only the equal of Bond, but rather better than him.

Will the next James be a woman, people are now asking?  I would have said “of course not” a couple of weeks ago, but now I don’t know...

Or, frankly, care for that matter. It becomes increasingly apparent that the purpose of No Time to Die is to do some drastic spring cleaning of the whole Bond franchise before a fresh start.

By the end, very few of the elements that you associate with 007 are left standing.

Christoph Waltz as Ernst Blofeld does turn up for old time’s sake, but his role as the alpha Bond Villain is taken by Bohemian Rhapsody’s Rami Malek, who seems to have retained Freddie Mercury’s dentures in this film.

So, let’s have it….  Was No Time To Die old-fashioned and misogynistic?  No, in fact Bond was polite to a fault to all the women in the film.

So, was it ridiculously woke? No, that wasn’t it either.

It was ridiculously long, and yet for all its action-packed length, it didn’t find room for many of the elements I used to be fond of – characters say, a touch of glamour, and most of all, a bit of wit.

I can’t remember any jokes at all in No Time to Die. And without them, is there any point to a James Bond movie?