Seeing Isabelle Huppert effortlessly lighting up the screen in The Godmother, it’s hard not to feel nostalgic for a time when A-List Hollywood directors made this sort of film once a year, writes Simon Morris.

The French film industry still seems to prefer an original story, rather than a sequel or a remake or a reboot of another one. 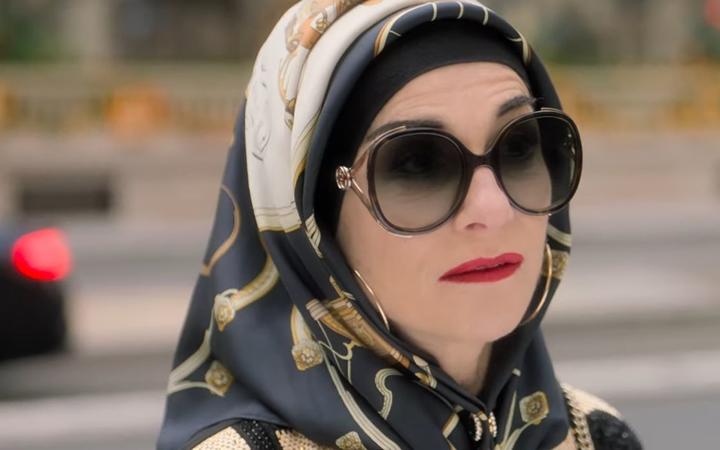 In the case of La Doronne – or The Godmother as it is here - writer-director Jean-Paul Salome found a book he liked and set out to make the best movie he could from it.

It doesn’t hurt that he picked the great Isabelle Huppert to play the lead. She plays the widowed Patience, who has a job as an Arab translator for the Paris police.

Her late husband was a Middle East ne’er do well, which is why she speaks the language.  And her current boyfriend is a straight-laced detective, Phillippe, which is how she got the job.

Patience is behind on her payments for the care of her mother at an expensive rest-home.   She depends on Mum’s sympathetic nurse Khadidja, but the costs are crippling.

One day at work, Patience intercepts a call from Khadidja and her son, who’s running hashish from Morocco. Without letting her colleagues know, Patience tips Khadidja off.

Khadidja’s son stashes the hash, but he’s rounded up with the rest of the gang and imprisoned. And Patience suddenly sees an opportunity.

All she has to do is find where the drugs were dropped off.  Then she can pay off all her debts by going into business herself.  And for that she’s going to need a retired police dog called DNA.

DNA delivers the goods, Patience picks up the merchandise, and now she needs to find a couple of useful idiots to get it to market.

And since her job is eavesdropping on all the useful idiots in the Paris underworld, she knows exactly where to go.

And neither could I when I saw The Godmother, which is so much better than it ought to have been.

Goodness knows “law-breaking granny” has been the premise behind any number of cliché-ridden comedies in the past. The Brits alone seem to make one every year.

But The Godmother is French, and not interested in following the standard path. Huppert is a brilliant comedy actress, of course, but she’s equally well-known for her serious work.

So, we’re never quite sure where the character of Patience is going to go.

The Godmother is a reminder of how much plot a decent comedy-thriller can sustain if the story’s told properly.

It’s also an example of that increasingly common thing now, a story that rests to a large degree on strong female characters.

There’s Patience, her two daughters, her irascible mother and her nurse, even her Chinese landlady who plays an increasingly important role as The Godmother progresses.

And for all the modern, high-tech trappings, it’s a film that harks back to an earlier, more confident time. But it seems that in France, the well-made comedy thriller never went out of fashion.

A film like The Godmother, that spends more on the script and the star than on the special effects, may be a rarity in Hollywood.

The French seem to think story and characters are the main reason to make movies.  And right now, it’s hard to disagree.