One of the most appealing of The Avengers finally flies solo – Black Widow.

I have to say that Black Widow – a beautifully deadpan Scarlett Johansson - was always my favourite of the Marvel heroes – as much as anything because of the cryptic bits of backstory she kept dropping into the films.

And while the rest were pumped full of secret chemicals, radioactive spider venom, or were built into high-tech machines, Natasha Romanov needed no help to be a super fit, trained assassin. 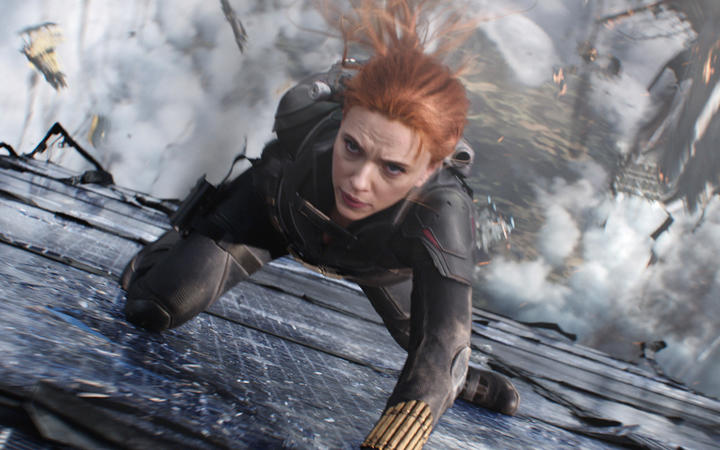 In a world of superheroes, it was nice to have one actual heroine.

And because Natasha reached the end of the line, presumably, in the film The Avengers Endgame, it’s no surprise that her own movie is a prequel to that Big Bang.

We catch up with her on the run after the gang temporarily broke up. She decides to use her sabbatical to right a few wrongs, dating back to her childhood as part of a Russian sleeper cell embedded in the American Midwest.

When fake Dad, Mum and kid sister were airlifted from Ohio, Natasha was sent to brainwashing school to learn to be an evil assassin.

That was before she was rescued by the Avengers and became a goodie. But now she’s gone solo, she’s looking for her former fake Russian sister Yelena.

And as soon as Johansson hooks up with Florence Pugh as Yelena, you relax a little.  Perfect casting for sisters – even fake sisters - and all they need is a halfway decent reason to keep them in the picture together.

And the decision to make Black Widow a sort of Bourne Identity spy movie is a good one, at least to start with.

They’re hunting down the sinister head of the brainwashing programme, the evil Dreykov.

A rare misstep by the usually impeccable Marvel casting department is Cockney geezer Ray Winstone as the film’s Big Bad.  Ray’s many things but a plausible Bond villain isn’t one of them!

But much is forgiven when Natasha and Yelena reunite with their former fake parents – cool, smart Rachel Weisz and loud, overbearing David Harbour.

As the forces of evil close in, who can be trusted?  That seems to mean putting the family back together again.

And finally, this allows some of the ten years of Black Widow backstory elements to be touched on, if not exactly clarified.

For people who were hoping for a definitive origin story of Natasha Romanov – assassin turned lovable den-mother of the Avengers – Black Widow has to be something of a disappointment.

But given director Cate Shortland’s brief – make the Marvel Comics fan club more women-friendly – she does a reasonable job.

In fact it’s mostly women making the running in Black Widow – star Johansson is also one of the producers of the film.

Maybe it’s neither the first, nor the best, women-driven Marvel movie – for me, 2019’s Captain Marvel took both of those titles. But it goes pretty well, for the first hour or so.

And then…. Well, and then the film is hijacked by the stunt unit, the special effects department and the digital spectacular people.

All that nice character work is replaced by, frankly, far more action than anyone could possibly need.

It’s an indication of where Marvel movies now find themselves, pushing for bigger and noisier, when what’s always worked best was more human-scale.

It’s great to see her in her own story, and there are nice bits in this one.  But maybe after ten years of being the best thing in so many movies, there was no way the Black Widow could match our inflated expectations.