Cranston Academy: Monster Zone makes it look like Spirited Away.

About 20 years ago there was a Dreamworks movie called Spirit Stallion of the Cimmaron about a wild horse and his faithful Native American companion.

Later they took the name "Spirit" and not much else and turned it into a TV series.

This is presumably a spinoff from that series, though it boasts several big names behind the horse and the three-girl leads. 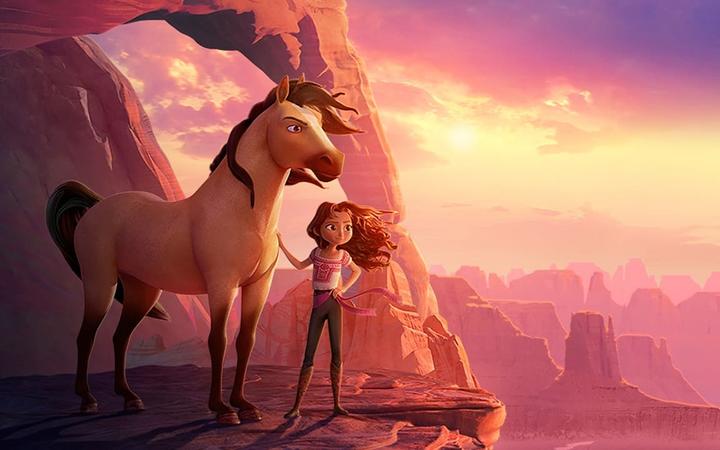 Horses and 12-year-old girls have been a thing ever since Black Beauty, National Velvet and Follyfoot. In this iteration, Lucky's late mother was a Mexican star rider.

When she died, Lucky was sent to the big city, but she decides to come back out West to hook up with her dad and her Aunt Cora.

She meets some friends - and more important she meets a wild stallion. What will she call him, we wonder? Or at least those who've forgotten what the movie we've come to see is called.

Will Lucky and the newly-named Spirit bond - come on, we all knew it, surely? After all, so far Lucky has never actually ridden a horse before.

Until - well, what do you know…

To be fair to Spirit Untamed, there is a tiny bit more plot than this.

Dad struggles to get over the loss of his late wife, and lurking in the background is Hank the Horse Thief and his unsavoury compadres with their eye on Spirit and his herd of wild horses.

If you wonder if he'll get away with his dastardly plans you clearly haven't seen enough old-fashioned Disney movies.

But that's the problem with Spirit Untamed. It isn't a Disney movie, but the producers think they've cracked the formula.

Yes, the three girls are pure Disney Channel, and the horses are well enough animated. But there's absolutely no magic in the production, and least of all in the casting.

Why spend so much on name actors if you don't let them do anything? You certainly don't recognise any of them as they phone in their performances.

All very forgettable. But, looking on the bright side, it could have been worse.

Simon Morris: It's called Cranston Academy - at least it is in some markets. In others, it's called Monster Zone.

And here, in the spirit of a bob each way, it's called Cranston Academy Colon Monster Zone. Ah, colons. Where would movies be without you?

It's not a good sign when you hear that Cranston Academy or Monster Zone or whatever comes from the people who brought you Escape from Planet Earth and Nut Job 2….

I mean not even the original, presumably superior Nut Job 1?

Cranston Academy makes Spirit Untamed look like Spirited Away or Ratatouille. It's about a young genius called Danny Dawkins, who's bullied at school, but is head-hunted by a school for wizards. I mean, young geniuses. 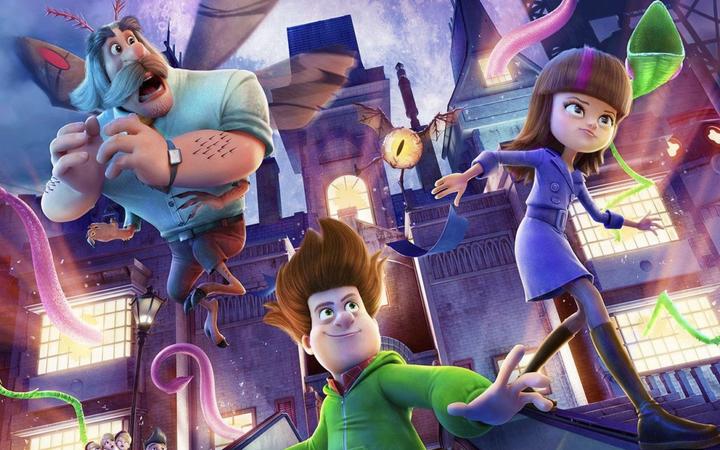 At Cranston Academy, Danny meets Liz, and between them, they open up a portal to another realm - a "Monster Zone", in fact.

The limited voice budget runs to Jamie Bell who gives his best playing Danny, and to the former Batwoman Ruby Rose who gives the bare minimum to the role of Liz.

Well, that was monumental…. Language is that?

In addition, there's a weird monster called Mothman and a lot of more generic monsters who look like someone's doodles handed to a commercial animation firm.

Which as far as I can tell, seems to have been what happened here.

It's a Mexican-Canadian-Indian co-production, with all the coherence, focus and authenticity that description conjures up.

Full disclosure demands that I admit this is a film aimed at undemanding children of about 11.

Not only am I no longer 11, but I don't think I can pass as "undemanding" either. I wanted better. But at least it wasn't Nut Job 3.