Percy vs Goliath looks to be, if not a no-brainer, then certainly a film that simply has to stick to the factual account, join the dots and come out the other side to triumph.

The story of Canadian corn farmer Percy Schmeiser is well known at home, and I gather in the wider agri-business community. He prides himself on providing his own seeds, and not buying them from the only alternative, the Monsanto corporation. 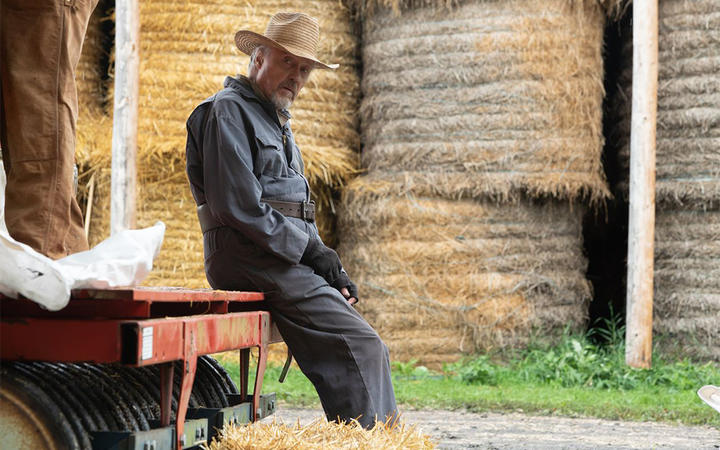 Even townies like me have heard of Monsanto, though generally in the context of “genetically modified crops”.  They’re huge, and they didn’t get huge by letting anyone get away with any hanky-panky.

Monsanto accuses Percy of deliberately stealing their seeds, and ruthlessly set out to shut him down. They’re not above bullying the Schmeisers’ neighbours into putting pressure on Percy.

Percy is appalled and hotly denies everything.

So there’s Percy, pretty much on his own, with one lowly local lawyer. And there’s Monsanto, with a seemingly endless team of lawyers and investigators up against him.

In other words, Percy vs Goliath.

Percy is played by eccentric song and dance man Christopher Walken, one of the last people you’d pick to play a salt-of-the-earth farmer.

But it turns out he does dogged determination rather well.

Playing Jackson the town lawyer, slightly out of his depth, is another city slicker, Zach Braff.

I can’t remember the last time I’ve seen former child star Christina Ricci, but she shows up as a Greenie activist called Rebecca.

The former Wednesday from the Addams Family movies – I have fond memories of her classmates saying “Make her stop smiling – she’s scaring us!” – has reinvented herself here as an upbeat, Sally Field type.

Rebecca offers to get people behind Percy if he goes public. Not Percy’s strong suit, normally.

But he shows up at town meetings round the country, and to his wife’s surprise, turns out to be rather good at it.

It seems there are a lot of farmers out there who’ve been bullied by companies like Monsanto for years. And not just in Canada.

Percy vs Goliath is pretty much what you’d expect from the time-honoured genre of the Little Man sticking it to Big Bad Business.

I mean, the title alone implies there will be fist-pumping by the end!

But the case isn’t quite as simple as it sounds, and you’re required to know something of the politics of not just seed copyright laws, but the whole Genetic Modified Crops thing.

Very recently, GM was a hot topic – partly because it looked as if the near-monopoly Monsanto was too big to fight.  But they weren’t, and it was cases like this that gave them pause.

For the seed-savers, the anti-GM activists, and farmers around the world, the case of Percy taking on Goliath was a big, important deal.

For passing trade like your humble servant, Percy vs Goliath is a well enough made story whose significance I’ll have to take their word on.